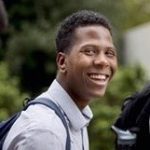 A student leader from the Oxford College student government, Campus Life and Greek life can now add one more accomplishment to his resume before the end of his college career: orator at the Emory College of Arts and Sciences diploma ceremony as part of Commencement May 8.

A political science major from Rancho Cucamonga, Calif., Noah Cole (17C) will be the only student speaker at the College diploma ceremony. He has experience with delivering keynote addresses after serving as president of the Oxford Student Government Association.

Interim Dean of Emory College of Arts and Sciences Michael A. Elliott, who notified Cole of his selection, said Cole is an inspiring example of leadership at Emory.

“I am excited that he will have the chance to share his vision of social justice with our Emory College graduates and their families,” Elliott said. “[He] has combined his classroom education with his tremendous experiences outside the classroom, and I think he has a unique perspective on how what we do on campus matters for the lives of our graduates when they leave.”

Cole submitted a 750-word draft of a speech and his resume to the selection committee toward the start of the Spring 2017 and was informed a week later that he had been selected as one of the five finalists. After revising his draft, Cole delivered his speech in front of a selection committee of about 10 individuals consisting of graduating seniors and members of College faculty and administration.

Following the oratory round, the committee members interviewed Cole. Two weeks later, Elliott informed Cole that he had been chosen as the orator.

Cole said he plans to center his speech around three components: the transformative journey of college, the values he holds most sacred and the advocacy efforts student organizations are involved in.

“I felt it was really important to highlight less so individuals but more so organizations that have made an immense impact on the community and challenged how people think about certain issues,” Cole said.

Neha Bansal (17C) said she wanted someone to talk about ”something that is super relaxed and reminiscent of our time here.”

Bansal added that she did not want to hear about something “that is going to make everyone sad, because it’s graduation — everyone is already going to be sad.”

After interning last summer at the White House in the Office of Presidential Correspondence, Cole said wants to focus on issues larger than Emory.

“It’s very easy to be caught up in the smaller issues,” Cole said. “We need to constantly think … ‘What am I doing to help other people?’ It doesn’t need to look like donating and volunteering. It can be as simple as helping out your friends when they are feeling down.”

“He has the experience that really a lot of students can relate to,” Trimble said. “It’s a different experience coming from Oxford and being SGA president as a sophomore and still being a leader on main campus.”