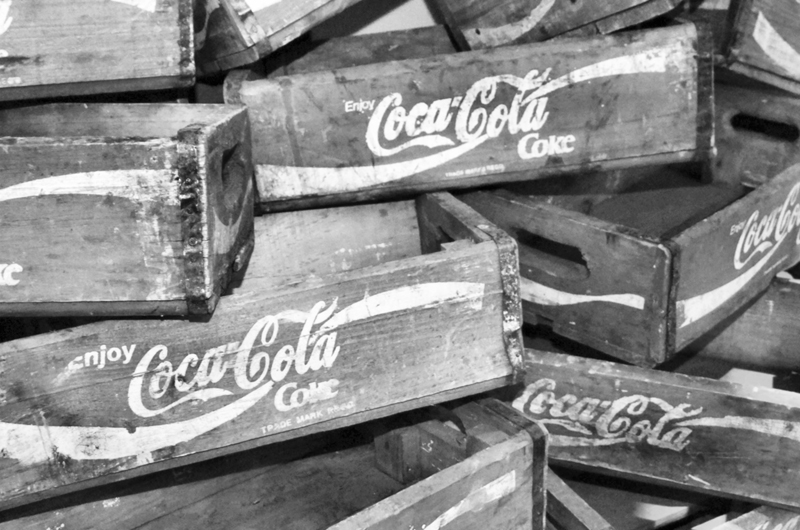 I wrote an article last week about the $9 million class action settlement against PepsiCo’s Naked Juice for falsely labeling their products as “All Natural,” “GMO Free” etc., which entitled wronged consumers to $45.

My apprehensions towards Coca-Cola have recently been substantiated by a list released in Oct. which reveals the donors who gave money to support an anti-GMO labeling campaign in Washington. The report shows that Coca-Cola secretly gave over one million dollars to fight against Initiative 522, which would require genetically engineered food to be clearly marked.

Coca-Cola was, financially, one of the biggest opponents to mandated transparency in food marketing, and moreover a general shift towards healthier, more sustainable methods of food manufacture. Unsurprisingly, PepsiCo also contributed over one million dollars to a campaign that blatantly deceives and hurts the public.

Odwalla, Honest Tea, Simply Orange and Vitamin Water are all Coca-Cola products marketed towards health-conscious buyers, so it’s a bit disappointing, albeit predictable, that the company would bolster these brands and simultaneously donate huge sums of money in efforts to kill attempts at fostering a more honest food classification system.

What I find most upsetting about Coca-Cola’s stance on food labeling is the fact that they acted clandestinely. The company’s attempts to namelessly funnel huge sums of money into an anti-I522 campaign reflect a blatant disregard for ethical, legal and trustworthy business practices.

Following the released finance reports, Founder and Executive Director of the Center for Food Safety Andrew Kimbrell responded, “Consumers of healthy beverages want to know what’s in their food. By using money from sales of natural brands to secretly fund an anti-choice agenda that deprives consumers of the right to know what they’re eating, Coca-Cola has been betraying the public interest and standing on the wrong side of history.”

This touches on a larger issue on Emory’s campus: the university’s ties to Coca-Cola. The ties are extensive and I often hear the school referred to as “Coke University.”  Coca-Cola has historically given huge endowments to Emory, beginning in 1915 with a one million dollar gift and soon expanded into a huge investment in Coca-Cola stock.

And so most students gleefully gulp down extraordinarily processed, carbonated sugar-water and give a big thumbs up to Coca- Cola for the fancy glass buildings. The money given to us by Coca-Cola has engrafted a refusal to speak critically about a company we share an awkward intimacy with, ultimately reflecting poorly on Emory’s student body and the university as a whole.

Coca-Cola is a scary, scary company. Along with health-related and environmental concerns, Coca-Cola is being persistently slammed with allegations of racial discrimination, corrupt land disputes, shady advertising and a host of immense corporate failures.

One of the most chilling examples of Coca-Cola’s immoral business practices surfaced in 2001, with allegations that the company hired a right-wing paramilitary organization in Colombia to murder union organizers Adolfo De Jesus Munera Lopez and Isidro Segundo Gil, leaders of an initiative to provide Coca-Cola bottlers in Colombia and Guatemala with better working conditions and wages.

A New York City fact-check commission in early 2004, which included city officials, corroborated the allegations made by workers. Leader of the delegation and New York City Council Member Hiram Monserrate noted, “To date, there have been a total of 179 major human rights violations of Coca-Cola’s workers, including nine murders. Family members of union activists have been abducted and tortured. Union members have been fired for attending union meetings. The company has pressured workers to resign their union membership and contractual rights and fired workers who refused to do so.” Monserrate expresses most concern at the fact that company managers had knowledge of, and likely directed paramilitary violence.

Coca-Cola’s transgressions go far beyond merely lying to consumers – the company is not only guilty of a disregard for ethical business practice, health concerns and honest advertisement, but for human life in general. I urge the Emory community to think twice before blindly endorsing and enjoying an imperialist, murdering, gluttonous, sexist, racist, monopolistic, evil corporation, just because they give us money. The only thing I feel well-endowed with is enormous guilt. Personally, I’d prefer Emory have its endowment cut in half so we wouldn’t be indebted to a tragically backwards example of human cooperation, respect and goodwill for the sake of profit.

At times it feels as if Coca-Cola is using us as some kind of moral redeemer.

By doling out a relatively small amount of money to an academic institution, the company can successfully prop itself up as an community-serving, life-affirming organization dedicated to making positive changes in the world.

Numerous universities have taken, with success, to a ban of Coca-Cola products across campus, including New York University and The University of Michigan, Ann Arbor. Despite its close relationship with university, all members of the Emory community should consider dropping the fake, embarrassing obligation to a product that has facilitated the deception, displacement and execution of innocent people around the globe.

The author’s name of the editorial “Coca-Cola Probably Owes You $45” has been removed due to personal circumstances. If you have any questions about this decision, please email [email protected]