Cloud Nothings’ Life Without Sound Tour is Louder Than Ever! 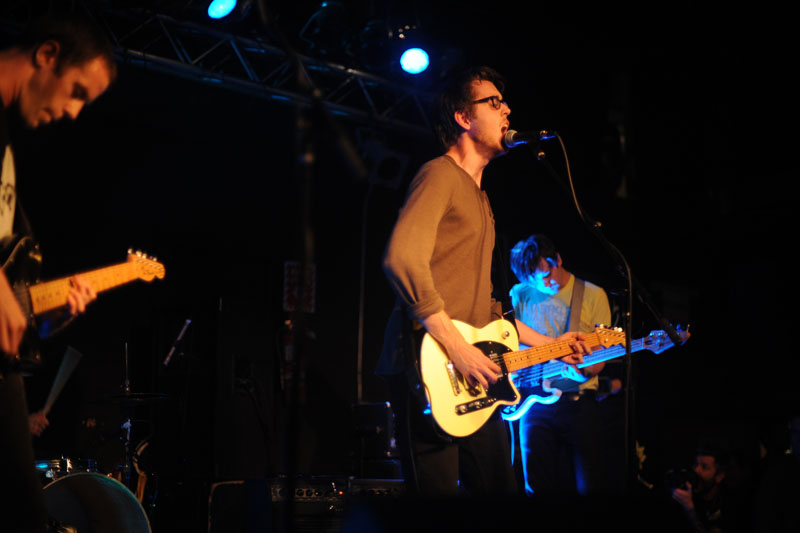 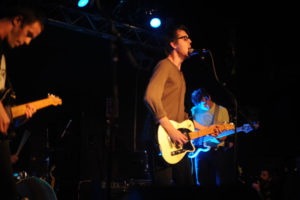 On a cloudless Oct. 23 night, indie rock band Cloud Nothings stopped by The Masquerade for their “Life Without Sound” tour. The band attracted a notably sized crowd for a weekday.

The band was originally composed only of lead singer Dylan Baldi, who recorded vocals and instrumentals for songs he produced in the basement of his Ohio home. He published his tracks online under various fake band names until one name in particular caught the eye of an underground rock promoter — Cloud Nothings. The promoter asked the band to perform live in New York; this invitation made Baldi decide to recruit band members and form the indie rock group that fans know and love today.

Drummer Jayson Gerycz, bassist TJ Duke and guitarist Chris Brown took the Masquerade stage at their mics prior to Baldi’s arrival. Baldi wasted no time, jumping straight into the first song of the night, “Modern Act.”

Prior to the show, two of the older men in the audience rushed to put in earplugs. During the first song, I understood why — this was, hands down, the loudest concert I’ve ever attended. The Hell room of the Masquerade is not the largest venue in Atlanta; it’s comparable to the size of an average classroom. But the sounds the band produced were enough to fill the entire the Philips Arena. When the band played the first beat, I instantaneously felt the vibrato of the music in my chest — the whole room seemed to be trembling on tempo.

Sheer noise level aside, the concert was really enjoyable. For a Tuesday night, there was an impressive crowd, but there was still room to dance and move. My friend and I were constantly being given voiceless invitations to join in on headbanging with those around us. We found this contrary to the stereotype of rock fans being hostile or unapproachable, which we were somewhat expecting. Gerycz carried the beat incredibly well as he maintained an intensely high level of energy throughout the show. In all of the rock and punk concerts I have attended, Gerycz is easily in the top three most outstanding percussionists. Watching him completely jam out — for lack of a more professional term — was dynamic and captivating.

Baldi still has room for growth, though. Unlike some artists, Baldi’s sound in person is comparable to how his recorded vocals come across. However, recorded or live, the group’s sound could be improved with smoother transitions and pitch.

This Atlanta show was the band’s first performance since the release of their latest album, “Last Building Burning,” and the group put on a performance to remember. Cloud Nothings performed tracks off their new album live for the first time. The sound of the new songs was more refined, perhaps a sign that the band may be altering their sounds as time progresses. Their new music definitely expressed fewer traditional “rock” characteristics compared to what they had played before. However, the sound still agreed with the band’s vibe — lest the fans think that they are selling out in an attempt to be more palatable to a broader audience. As a result, both recent and long-time fans could appreciate the closing song, “The Echo of the World.”

Prior to the show, concertgoers of all ages trickled into the Hell venue, filling up not only the dance floor but also the balcony level. The crowd, from a young boy, his parents decked out in band merchandise, to college students, showed how wide of a variety of people that the band attracts. And for good reason — The Cloud Nothings’ “Life Without Sound” tour was quite an experience for a Tuesday night. The show was upbeat and lively. That energy radiated throughout the concert hall and the audience. Cloud Nothings has cultivated their perfect setlist and an energy to back it up, captivating their audience from the first song to the last.