Clifton Tower to Re-Open in Fall 2019 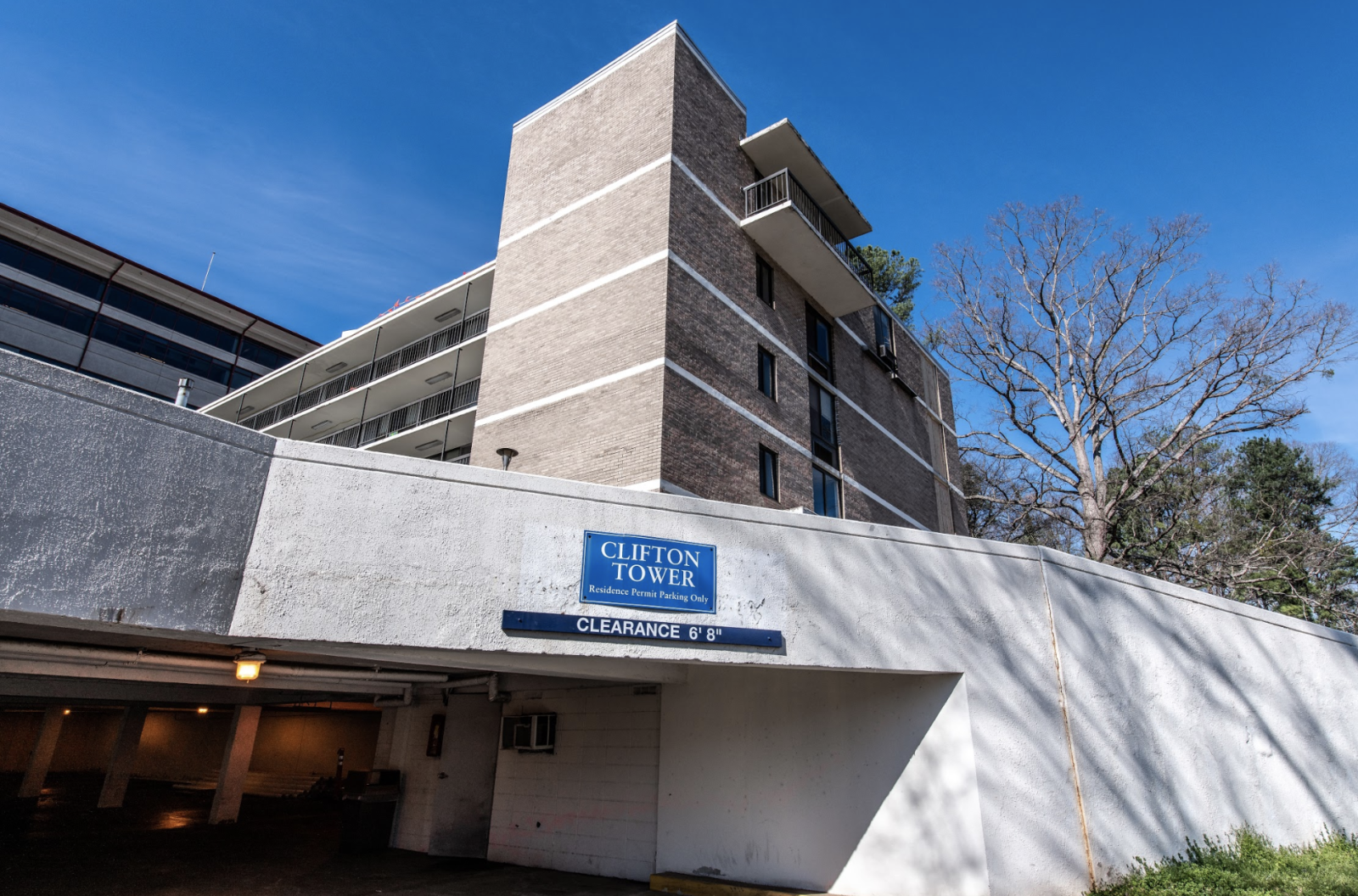 Clifton Tower will be renovated and open as a residence hall in Fall 2019, according to a Feb. 27 University press release.

The building is located between the Student Health Center and Woodruff Residential Center on Clifton Road. The renovations include increasing the occupancy capacity of existing suites and ensuring the hall meets building codes. The update will cost under $8 million, according to Vice President for Campus Services Matthew Early.

Rising sophomores from the Atlanta campus and rising juniors from the Oxford campus can choose Clifton Tower in the upcoming housing selection process held from April 15 to 18. Sophomores also have the option of living in residence halls Few Hall, Evans Hall, Harris Hall and Woodruff Residential Center. Juniors can live on the Clairmont campus.

The suites will have a maximum capacity of six students, Early said. The suits will be composed of two bathrooms and three bedrooms along with a kitchenette. Emory plans to increase the sizes of doorways and bathrooms to comply with the Americans with Disabilities Act (ADA)’s accessibility requirements.

Emory University acquired the Clifton Tower property, formerly the Howard Johnson Hotel, in 1979. Clifton Tower was a residence hall until its closure in 2014.

Next year, the renovated residence hall will house up to 146 students and will offer limited parking for residents, according to the Senior Director of Housing Operations Elaine Turner. Five resident advisers (RAs) will work in collaboration with the RAs in the adjacent Woodruff Residential Center.

Senior Director of Residence Life Scott Rausch said the University is currently hiring RAs for Clifton Tower and hopes to finish the process after spring break.

Turner said the University wanted to renovate Clifton Tower to reduce housing waitlists, as the additional housing would allow sophomores to live on-campus instead of at Clairmont Campus.

“We have students who are usually still on the waitlist after we go through housing selection, and more of our students want to be on campus,” Turner said. “With bringing Clifton online in August, we will not have second-year students living on Clairmont Campus.”

Renovating Clifton Tower is part of a University initiative to house more students on-campus, according to Early. He added that the tower is in “good structural condition.”

“[Administration] see[s] this as an interim measure while they work on a master plan for the future,” Early said.

Renovations are set to be complete by mid-August 2019, before Residence Life staff move in.

Clifton Tower will have some of the same amenities as other residence halls on-campus, such as study rooms, laundry facilities and a common kitchen.