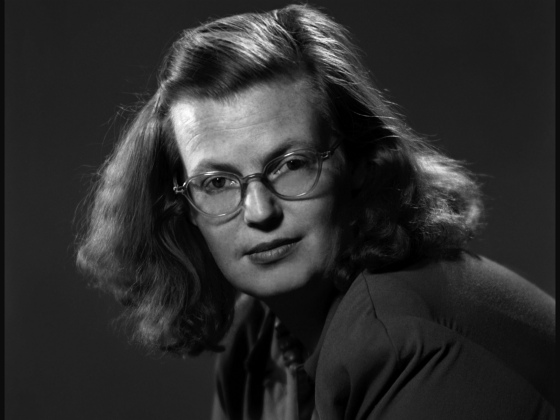 When I look for new books to read, I tend not to stray outside of my comfort zone; I usually fall into the trap of deferring to a fantasy or adventure novel to get my reading fix. But this summer, I thought I’d experiment and explore different genres to broaden my horizons. In doing so, I stumbled upon Shirley Jackson’s “Hangsaman” (1951), a signature work of gothic literature whose unsuspecting characters and suspense-filled story sent me on an emotionally draining rollercoaster. By the end of Jackson’s novel, she invests a sliver of optimism that made the experience fulfilling and oddly bittersweet.

“Hangsaman” revolves around an introspective and introverted 17-year-old college girl named Natalie Waite. Throughout the novel, she struggles to define herself amid the influences of her self-obsessed parents and manipulative friends who try to force their wills upon her. Natalie’s inability to meet others’ expectations causes her to become toxically self-critical, undermining her already low self-esteem. Such instances push her mental state to the brink, as she can no longer distinguish herself from the machinations of those that surround her. Her story alone is captivating, as her struggle to understand her identity meshes almost tragically with her loosening grip on reality, to the point I couldn’t help but read on to find out how her story unfolded.

There are various other characters in “Hangsaman” whose chilling, scheming and occasionally depressing personalities are just as vibrant. For instance, Natalie’s dad, who charms with his sarcastic remarks, is in reality an absolutely horrid individual. His relationship with Natalie is defined by his misogynistic outlook on women’s role in society, which he uses to justify constraining her life. Another notable character is Arthur Langdon, an egotistical professor of English at Natalie’s college who students adore for his laissez-faire style. He is also a renowned philanderer who prioritizes fraternizing with his students and uses his position of power to manipulate them into dubious situations. These characters and others are what make “Hangsaman” such a deeply engaging novel, as Natalie’s interactions with these corruptive and dreadful people ultimately unravel her psyche.

Perhaps what makes “Hangsaman” such a fascinating read is not just the characters but the novel’s setting: 1950s United States. It stands as a testament to how far we’ve come and how far we still fall short as a society. Natalie’s journey into adulthood to discover her true identity is impeded by a deeply misogynistic society that sees female intellectual advancement as secondary to familial duties. The novel is partially a scathing critique of female marginalization and gender norms entrenched in the U.S. during the 1950s. Undoubtedly, we’ve progressed leaps by knocking down barriers to access and empowering women. Yet even today, women face systemic inequality, which manifests in unequal pay, inadequate protections from violence and inability to access health care or education, as well as sexist perceptions that degrade or objectify women. Jackson demonstrates how we as a society have solved some glaring issues, but we still have a long way to go to truly create an equal society for people of all gender identities.

Jackson’s novel also directs fire at the diminishing soul of college education. As Natalie strives to define herself, one of her biggest obstacles is a college system inordinately concerned with boosting profit margins, standardizing education and quelling individuality. In that sense, Jackson’s work is a harrowing reflection of what some higher education institutions have morphed into today: businesses concerned with checking boxes for a brochure over cultivating a passionate heart that seeks wisdom.

At its core, Jackson’s “Hangsaman” is a suspenseful and thought-provoking novel concerned with tackling the far-reaching problems. While Natalie’s tale is certainly one that yanks at the heartstrings, her story is poetic as she takes a herculean stand to define herself amid a society that views her as lesser because she is a woman. Yet, the finest aspect of Natalie’s journey is that Jackson forces you to question who you are, why you are that way, what you can become and encourages you to rage forth against the odds to make your own path.

Mammas’ article is part of an ongoing column featuring reviews of classic books that one should read. Read the other articles here.