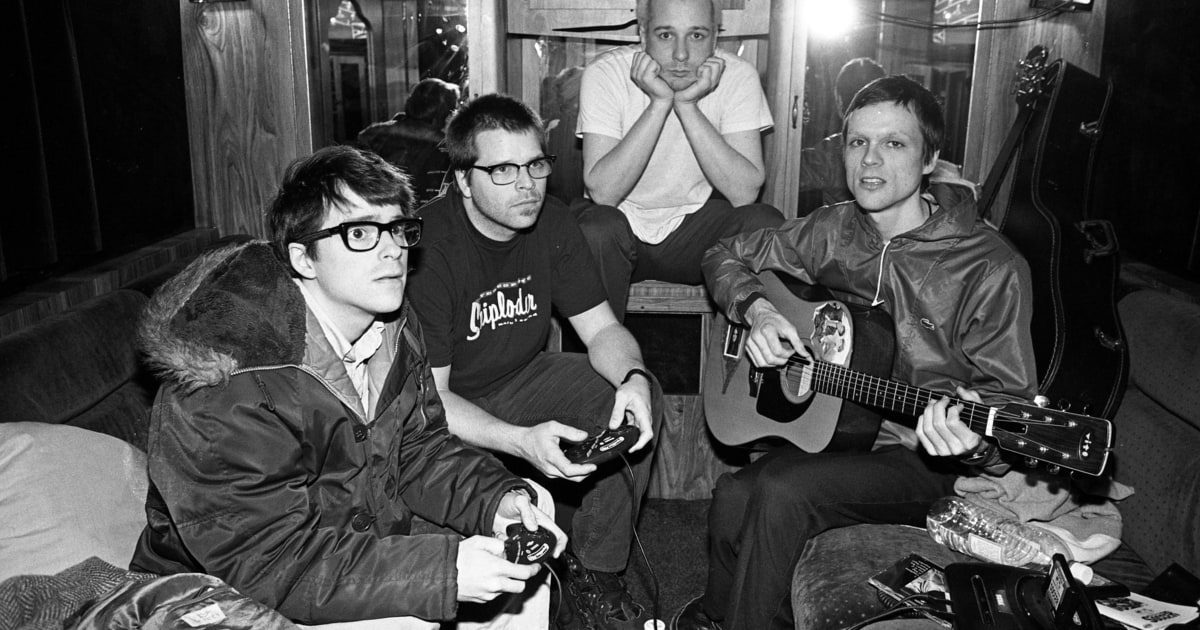 In 1994, Weezer released their self-titled debut (more commonly known as The Blue Album). It was instantly hailed by critics and fans alike for its compelling mix of guitar-driven ferocity and accessible pop sensibilities, ultimately charting at No. 16 on the Billboard 200 and forging its legacy in the annals of modern rock. Two years later, the band put out their long-awaited follow-up release, Pinkerton was almost universally slammed by critics and drove frontman/creative force Rivers Cuomo to literally paint his bedroom black. But check almost any big-name music review site’s archive from the past couple years, search for Pinkerton, and you’re likely to see more glowing praise than anything else. What happened?

Pinkerton has a lot in common with its predecessor — those muscular guitars and catchy riffs are there, just packaged for a different purpose. Cuomo wrote most of the songs on Pinkerton during a long and lonely two-year stint at Harvard during which he recovered from a surgery to extend one of his legs, following an already arduous touring schedule. Feeling the world collapse on him, he retreated into himself and transcribed his pain through song. The album became an unabashed look at who Cuomo, at his lowest, really is.

That pain is palpable in the album opener: “Tired of Sex,” a song focused on how meaningless sex and empty desire dragged Cuomo down. But his plea isn’t the quiet, reflective ballad one might expect considering his circumstances. “Tired of Sex” is a scream, a cry of exhaustion not unlike the one Cuomo belts out of nowhere after the song’s intro. Two of the verses are dedicated to him tiredly going through a laundry list of women he’s had sex with — one for each day of the week — before his voice begins to quaver as he pleads, asks why he “can’t be making love come true” before the domineering, massive guitars and almost whining synth return in the chorus.

Couple this with the desperation of “No Other One,” where Cuomo describes feeling trapped in a negative relationship because there is “no other” woman for him, or the complete resignation he proclaims in “Why Bother?” or your pick of any other of the raw moments on this album. The only apology Cuomo offers for his transgressions arrives at the very end of the album, “Butterfly,” when he repeats “I’m sorry” over and over — the phrase rings hollow, coming intentionally too late.

It’s lines and songs like those that put the most interesting part of Pinkerton on display: its directly confessional nature. Cuomo doesn’t justify or expansively intellectualize his emotional experience at all. He bares his soul to the world without a filter. The only problem was that the musical world at the time didn’t resonate with his perspective. Most critics found the instrumentation on par with The Blue Album’s, but strongly disliked most of the lyrical content, accusing Cuomo of being juvenile, supremely confused and even sexist. These aren’t necessarily invalid descriptors, but their use discredits a simple fact: the most compelling moments on Pinkerton come when you resonate with those emotions, however base they supposedly are. It’s certainly not the most comfortable feeling, which is why it’s understandable that Pinkerton was panned early in its lifetime.

But things aren’t what they were in 1996. Even five years later, prominent emo bands like Dashboard Confessional and Jimmy Eat World named Pinkerton a landmark while “real” fans were beginning to swear by its superiority over anything else in their discography. Today, Weezer’s second reissue of Pinkerton has garnered multiple perfect scores from music publications that slammed it down 20 years ago. There’s no doubt that Pinkerton remains a hit-or-miss type of album for many, but that only makes it more of an essential listen, because if it grabs you, it won’t let go.