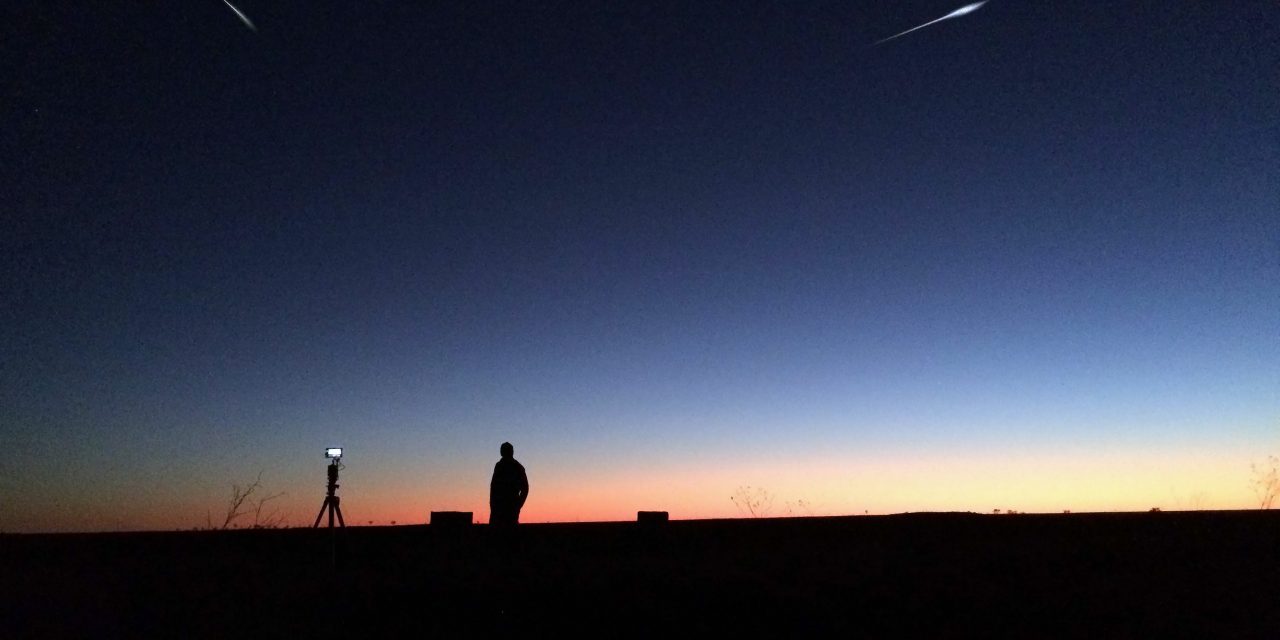 We’ve all had to adapt to the “new normal” of life amid a pandemic, from virtual concerts to drive-through birthday parties, and film festivals are no exception. The Chicago International Film Festival, which ran from Oct. 14 to Oct. 25, was almost entirely virtual, giving The Wheel the unique opportunity to cover the festival. Though the films came from all over the globe and varied both in genre and quality, they relayed stories about the familiar exigencies of human existence. Here are capsule reviews of some of the films. 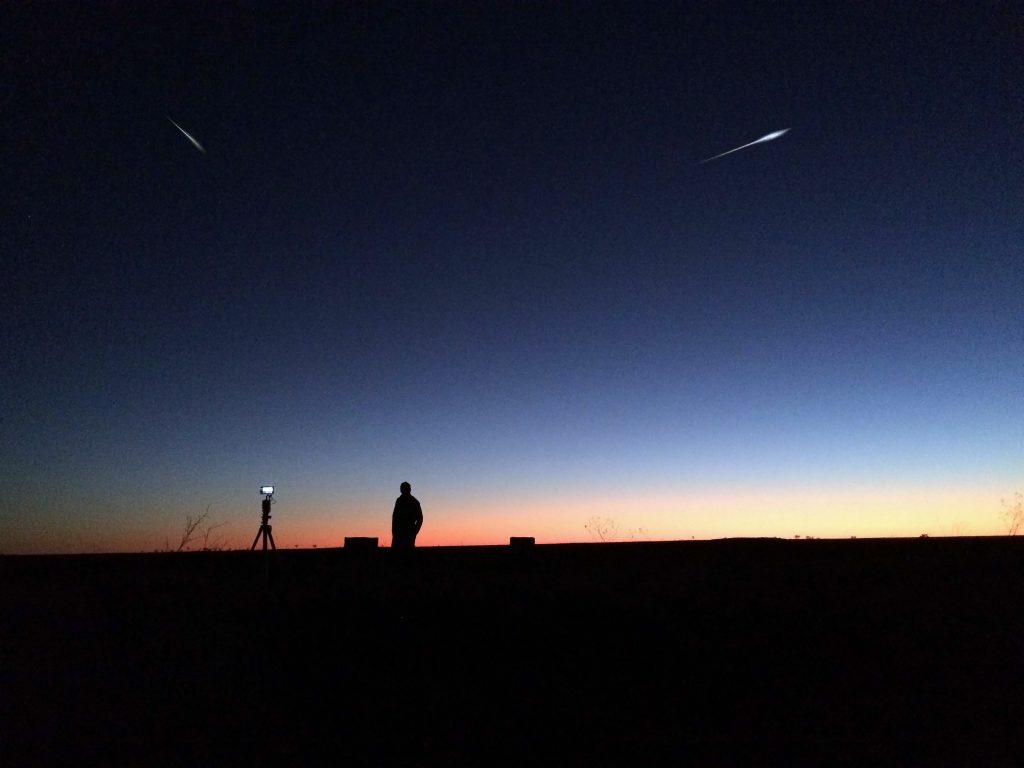 In Werner Herzog’s landmark 2005 documentary, “Grizzly Man,” Herzog chronicles the life of Timothy Treadwell, a man who finds purpose and meaning living among wild grizzly bears until one eats him and his girlfriend, Amie Huguenard. The film included footage from Treadwell documenting his time with bears, much of which Treadwell used to educate the public about wildlife conservation. Herzog’s interpretation of Treadwell’s recordings, however, was that “it is not so much a look at wild nature, as it is an insight into ourselves, our nature.” This same, central idea, that humanity can be understood through the natural world, is at play in Herzog’s latest documentary, “Fireball: Visitors from Darker Worlds,” which he co-directed with Clive Oppenheimer.

While “Fireball: Visitors from Darker Worlds” doesn’t look at the wilderness, it examines something even more remote and mysterious: outer space, specifically meteors. When we look out into the cosmos, we don’t see space, but rather reflections of our universal hopes, fears and anxieties. Herzog and Oppenheimer are less interested in meteors themselves and more interested in how humanity makes sense of them and imbues these celestial objects with meaning. The directors traverse the globe, from Norway to India to the Antarctic, meeting individuals interested in meteors, whether from a scientific or spiritual point of view.

“Fireball: Visitors from Darker Worlds” is a compelling film comprehensive in its scope and perspectives. Still, it is far from Herzog’s most aesthetically interesting movie. Though it has some interesting shots of outer space, it is, for the most part, shot like a conventional documentary. Had Herzog imbued it with more of his signature dark humor or musings, the documentary could be elevated to something great. The best moments of the film are when his less mystical worldview butts head with the poeticism of the documentary subjects. “We’re all stardust,” one scientist says during her interview. From behind the camera, Herzog replies, “I think I’m not stardust. I’m Bavarian.” 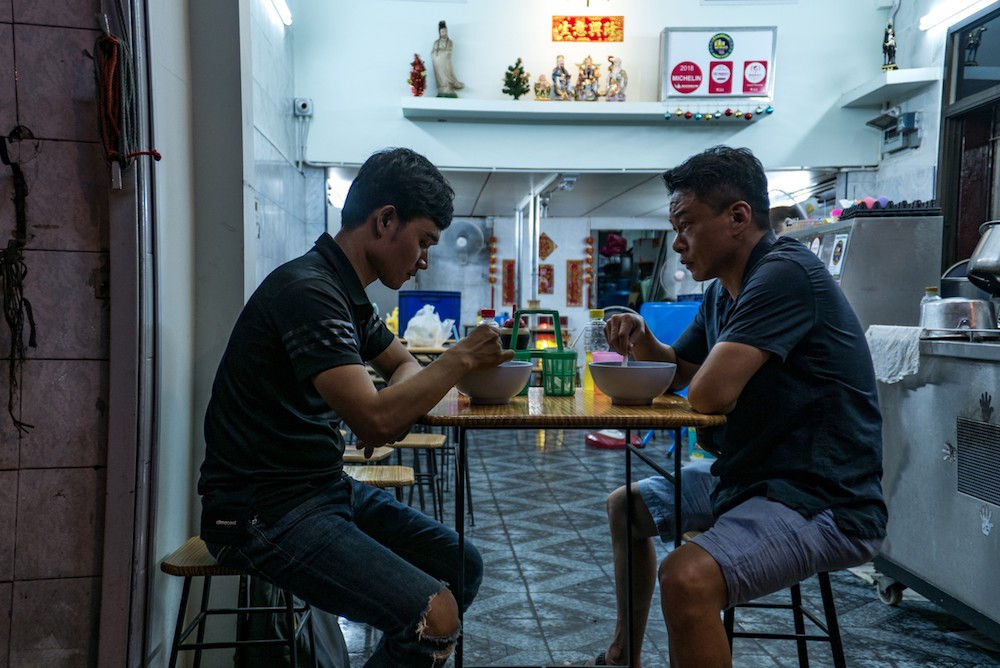 Over the past year, everyone in the world has become, to some degree, more acutely aware of the monotony of their lives. We wake, perform our routines and sleep. Rinse and repeat. Perhaps this is why Tsai Ming-Liang’s latest film, which depicts the daily lives of two men going about their routine, did not appeal to me as much as I had hoped it would: it conveyed the circumstances of my life to which I had been attempting to escape through cinema.

“Days” seems to fit squarely into the genre of “slow cinema,” which refers to films with long takes and an observational style that involves a loose or non-existent narrative. These films have a focus on the mundane and evoke a feeling rather than tell a story. In the case of “Days,” the feelings evoked are a narrative in and of themselves: loneliness, a brief connection and then loneliness once more. The days of the two men, Kang (Lee Kang-sheng) and Non (Anong Houngheuangsy), unfold in parallel until their paths converge and inevitably separate once more.

Tsai’s film is quiet, still and contemplative. Before its beginning, a disclaimer appears, explaining that the film is intentionally unsubtitled. There is nearly no dialogue, and any that appears, evidently, is of little significance to what Tsai wishes to represent onscreen. His focus seems to be on the film’s visual style, and the care he put into it is clear in each and every shot. Considering the extensive shot lengths (the first of the film lasts nearly five minutes), each shot feels like a little vignette, a painting brought to life, framed masterfully to highlight the isolation of characters as well as to encourage a reflective state of mind.

Though beautiful to look at, I found “Days” tested my patience throughout its 127-minute runtime. Perhaps it’s my own fault that I found my mind wandering many times, but the poetic tone and meditative feeling of the film did not hold my attention for long. Maybe if I wasn’t faced with repetition, monotony and isolation in my own life, I would find “Days” to be a fascinating exercise in slow cinema rather than tedious. For the time being, the film hit a bit too close to home.

French film “Spring Blossom” is the creation of budding young filmmaker Suzanne Lindon. Though just 20 years old, Lindon wrote, directed and starred in the movie, which follows a 16-year-old girl — also named Suzanne — who describes herself as “tired of everything” and bored of her average teen life. She begins a relationship with 35-year-old actor Raphael (Arnaud Valois), who works in the theater she passes on her way to school every day and is similarly bored of his life.

Though she didn’t film “Spring Blossom” until recently, Lindon wrote the movie’s screenplay at the age of 15, and for better or worse, you can certainly tell. At its best, Lindon’s young age allows her to capture the particular boredom and detachment of high schoolers with ease, well illustrated in an excruciatingly awkward party sequence where Suzanne proclaims that she doesn’t like beer and, when asked to rate the boys at the party, gives them all a five out of 10. At its worst, Lindon’s inexperience comes through in the script in some of its more stilted and artificial exchanges and its heavy-handedness in addressing its themes of maturity and growing up.

One particular aspect of the film where this heavy-handedness becomes apparent is the use of the color red as a motif. Raphael’s scooter is red, as is the strawberry jam he likes to put on his bread (a habit Suzanne begins to mimic). Eventually, Suzanne switches out her typical white shirt for a red sweater when accompanying Raphael to a party, and he wears a red tie. It is obvious that the film is awash in this color. Its significance to the couple’s relationship is pretty apparent: it symbolizes both Raphael’s power over Suzanne as well as the maturity she so desires to embody. Lindon overstates this point with a conversation between Suzanne and a set designer at Raphael’s theater, who explains to her why he loves to use the color red and what it symbolizes.

Though there are obvious missteps in the film’s script, and undue abruptness in the movie’s ending, “Spring Blossom” has its inspired moments as well, particularly those involving dance. At multiple points in the film, characters break out into choreographed routines, whether it be Suzanne’s joyous frolicking after Raphael asks her to breakfast for the first time or during this first date, when the two dance synchronously to a piece of opera music. It is in these moments the film truly dazzles — Suzanne comes alive and her connection to Raphael, albeit an ultimately unhealthy one, becomes apparent. It is these moments, too, that reveal Lindon’s potential as a filmmaker is obvious. Though she is clearly still starting out, I am certain it won’t be long until her career blooms.

Garg’s article is the first in a two-part review of films shown at the 2020 Chicago International Film Festival. Read the other article here.