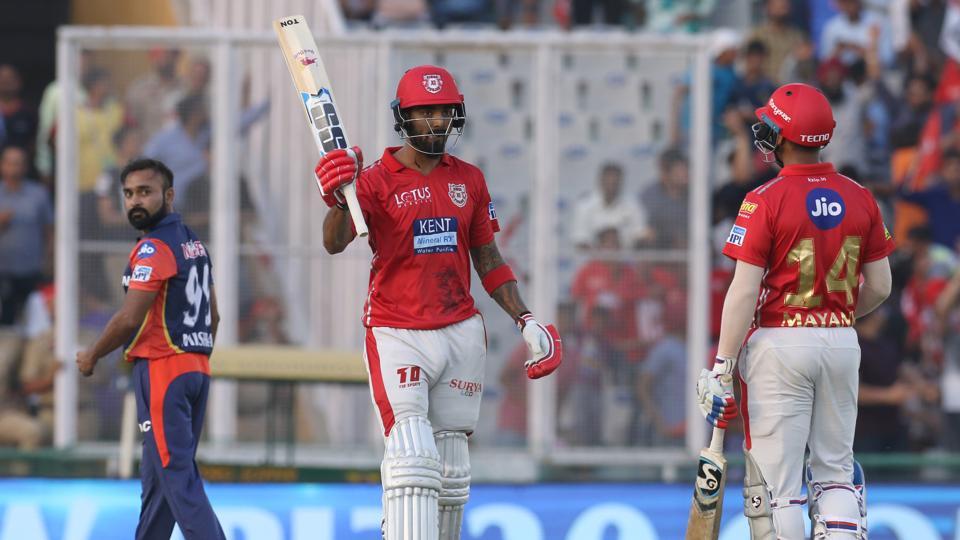 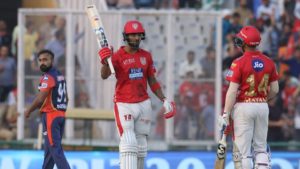 Punjab opening batsman KL Rahul celebrates a minor victory in a match against the Delhi Daredevils on April 8. Rahul smashed the fastest 50 in the history of the IPL. Courtesy of BCCI

The Indian Premier League (IPL), a Twenty20 domestic cricket league, is one of the most attended sports leagues in the world and has produced some of the most exciting moments in the sport’s history — from the massively hit sixes of West Indies’ batsman titan Chris Gayle, to the gliding leg breaks of the Australian Shane Warne and the prodigal run-scoring of India’s Sachin Tendulkar. This year’s season has been promising so far and will most likely contribute to the annals of cricketing history. Whether you grew up watching the sport or want to use this season as a gateway viewing experience, here is an overview of the games so far in case you missed the drama of the past few days.

Despite a two-year ban due to franchise corruption, the Chennai Super Kings won by chasing down a score of 165 against the reigning champions, the Mumbai Indians, on April 7.

Indian medium pace bowler Deepak Chahar bowled the hyped West Indian power hitter Evin Lewis early, with a piercing inswinger that clipped his leg stump. Chahar maintained the lowest economy rate of all the bowlers in the game and has proven himself as one to watch out for this season. Indian opening batsman Rohit Sharma followed after a deceptive slower ball from Australian all-rounder Shane Watson, disappointing fantasy teams everywhere. Batsmen Suryakumar Yadav and Ishan Kishan put up an impressive partnership of 78 runs to fuel the first half of the innings, but Chennai’s late-game bowling attack ensured Mumbai’s defeat.

Mumbai’s star was the relatively unheard of leg-spinner, Mayank Markande, whose lethal googly picked up the three wickets of Ambati Rayudu, Chahar and Chennai skipper MS Dhoni. Given that the team was at 118 and down eight wickets by the 17th over, Chennai should have lost the match, if not for the heroics of IPL veteran Dwayne Bravo, who managed to score a lighting-fast 68 off of a mere 30 balls, including seven huge sixes and three fours. Though Chennai fans may worry that the team’s top order is not quite as prolific as it was prior to their suspension, they can rest easy knowing that Bravo will forever hold the fort for the middle order.

Chennai won with a single wicket and ball to spare after a respectable six from the returning batsman Kedar Jadhav, who initially retired hurt. Unfortunately for Chennai fans, he has been ruled out of the rest of the season with a hamstring injury, further causing problems for the Chennai top order.

Punjab won their first game of the season after chasing down Delhi’s modest score of 166 for seven on April 8. Along with the Royal Challengers Bangalore, Delhi and Punjab are the only teams that have yet to win an IPL title.

Delhi batted first, with newly appointed skipper and opening batsman Gautam Gambhir top scoring with a meandering 55 off of 42, hitting his stride in the first six overs of powerplay with classy cricketing shots struck plumb through the gaps in the field. Gambhir was outplayed by the 17-year-old Afghani spinner Mujeeb Ur Rahman, who played a spell littered with clever variations that gave him the wicket of the equally dangerous Rishabh Pant later in the innings, limiting Delhi to a lower than par 167 for four in a high-scoring Mohali wicket.

All eyes were on Punjab’s opening batsman KL Rahul, who displayed absolute genius for boundary hitting. Though his first six was a lucky top edge that surpassed the boundary rope, from there on, Rahul exuded a mixture of class and cunning, his innings littered with textbook cover drives and wild pull shots alike. Rahul scored 51 off of 16 balls and smashed the fastest 50 in the history of the IPL, before his thirst for runs eclipsed his reasonable judgement and got him caught out to a good length delivery by New Zealand fast bowler Trent Boult. At that point the damage had already been done, the Punjab were 64 for one in 4.4 overs and leisurely cruised to the target score with eight balls to spare.

Bangalore squared off against rivals Kolkata and were unable to defend their score of 176 for seven on April 8. South African wicket-keeper Quinton de Kock disappointed early with a clumsy reverse sweep sealing his fate against IPL leg-spinning stalwart Piyush Chawla. Brendon McCullum, who scored a legendary 158 in the IPL’s debut fixture in 2008, opened the batting for Bangalore and proved to be a justified buy for a team that struggled to find the right chemistry in their batting order last season. He scored a well-earned 43 off of 26 after crunching boundaries left, right and center before falling to the hand of West Indies’ off-spinner Sunil Narine.

But the danger was not over for Kolkata, who faced what is arguably the most lethal batting combination in this form of the game: de Villiers and Indian batting genius Virat Kohli. De Villiers scored a monstrous 44 off of 23 in an inning that involved bludgeoning sixes and classy cover driven fours, before being dismissed by the young Nitish Rana. Kohli, on the other hand, was dismissed for an uncomfortable 31 off of 33. Batsman Mandeep Singh played a top knock, getting off the mark with a gentle, caressing sweep to fine leg. This play was a soft start to the calculated brutality that followed and eventually lead to his late game 37 off of 18, giving the team a solid score of 176 for seven.

Kolkata opened the batting with Narine, who, before last season’s Big Bash League (BBL) in Australia, was considered more of a tail ender. In classic West Indian boundary-hitting fashion, he smoked 50 runs off of 19 deliveries, embarrassing English fast bowler Chris Woakes with 20 runs in the fourth over. Rana continued his spell of good form with the ball and hit 34 off of 25. By the time he was dismissed by spinner Washington Sundar, an equally notable 35 runs off of 29 balls by Dinesh Karthik cemented the Kolkata batting order and a Knight Rider victory with seven balls to spare.