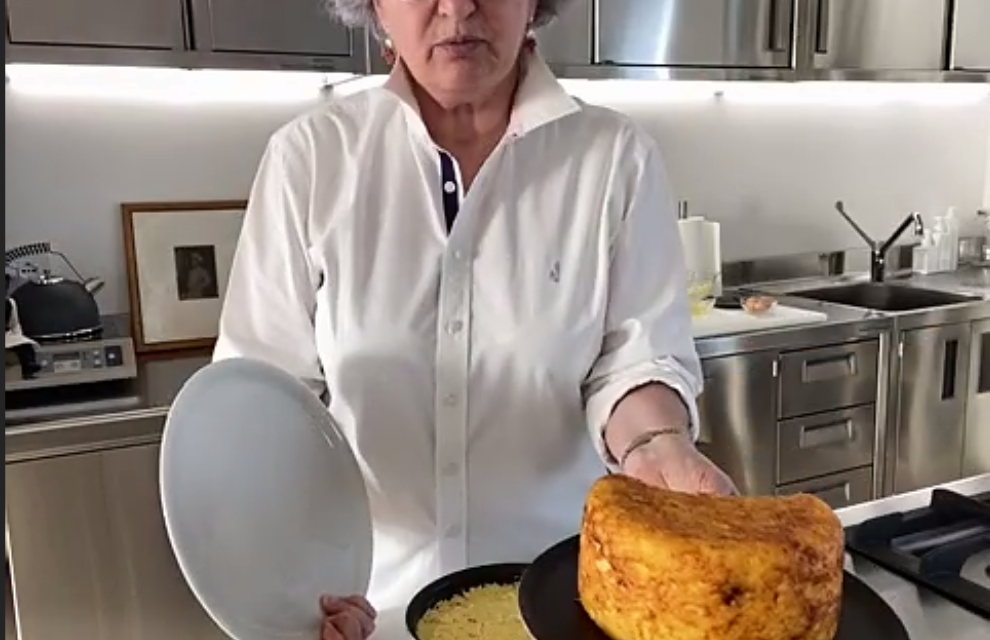 Anissa Helou, author of the James Beard Award-winning cookbook “Feast: Food of the Islamic World,” manages to exude glamour and intrigue not only through her beautiful recipes and writings but also through Zoom. Her white button-down shirt, rolled-up sleeves, popped collar and red cat-glasses, combined with her open-air Sicilian kitchen and captivating anecdotes from a lifetime of cooking all made me want to sit down with her for hours over a cup of coffee.

While I may never be able to do that, the Feb. 20 lecture hosted by the Michael C. Carlos Museum alongside the “Wondrous Worlds: Art & Islam Through Time & Place” exhibition allowed me to learn about Helou’s perspectives on food and the stunning diversity of Islamic culture.

This discussion centered around Helou’s comprehensive cookbook featuring common foods, like bread, that unite disparate regions and showcase variety in Islamic cuisine. Elizabeth Hornor, the moderator of the discussion and senior director of education at the Carlos Museum, drew parallels between Helou’s food and “Wondrous Worlds” as the art in that collection, much like the food, is both heterogeneous yet interconnected across time and space.

The commonality that Helou highlighted is ritual — the importance of food during celebrations is both secular and religious. Food is a central tenant to understanding forms of art. As Hornor pointed out, there is a critical focus on hospitality in the Islamic world, so much so that there is an entire section devoted to hospitality in the “Wondrous Worlds” exhibition.

Helou celebrates hospitality through food as well, stating it is a tenant of Islam in the Quran to assure every person is welcomed with food or drink when entering a new home or shop. Whether a stranger, family member or new friend, you are welcomed — Islam utilizes food as a medium of kindness and hospitality, and this warmth also translates to one of the four pillars of Islam, “zakat,” or charity.

The second part of the lecture featured a cooking lesson by Henou as she explained the process of making tachin, a baked crispy rice cake with lamb, which she believes is the ultimate Persian party food. 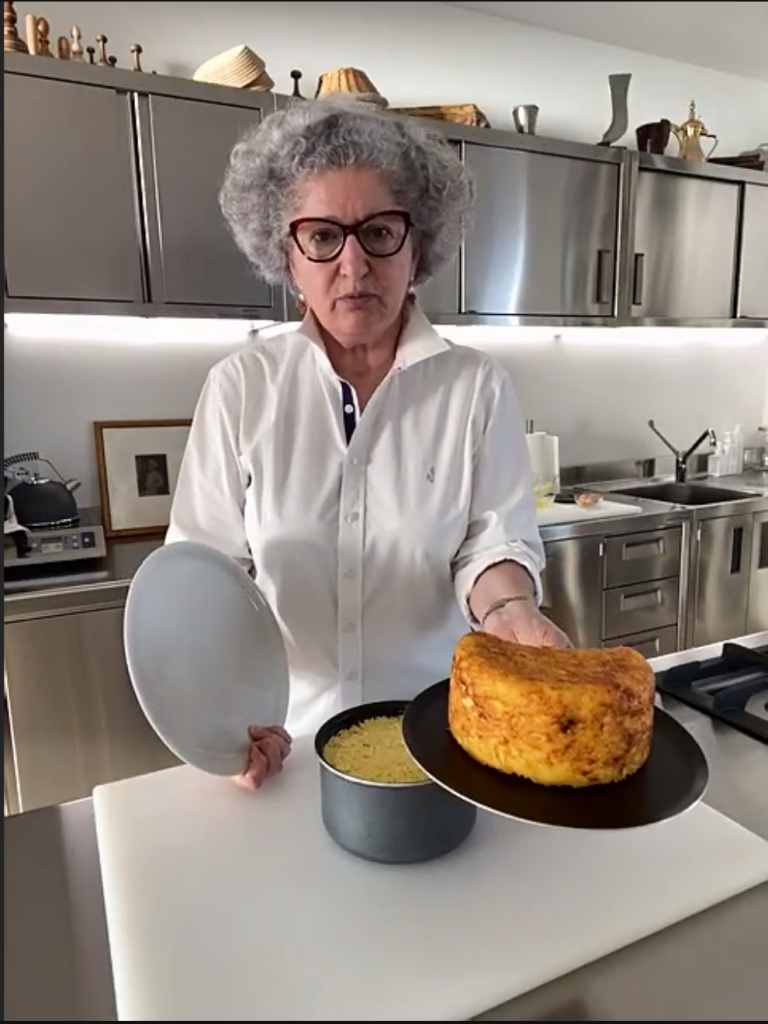 It became clear that rice is central to Islamic cuisine, which contributed to Helou’s choice to prepare tachin in the first place — it’s a standout rice-based dish. Helou thoroughly discussed the diversity of rice dishes in Levantine countries, recalling that in one kitchen she worked in, the only test for new chefs was simply to cook rice. If they could cook rice properly, they were hired.

Helou also spoke about wanting to see the “threads” of saffron in her rice, but I came away feeling that her belief extends to the Islamic world as a whole. In looking for the threads between food and culture that connect Islamic countries, both Helou and the “Wondrous Worlds” exhibition created unity out of diversity.

This lecture celebrated the relationship between the arts of the table and the arts of the gallery by highlighting both their vast diversity and their shared sophistication, beauty and ritual. Helou actually stated that there is no “real Middle Eastern cuisine.” Every country and culture is different and unique, while still being connected by common staples. Similarly, the “Wondrous Worlds” exhibition shows that while there is not necessarily one definition of Islamic art, it is tied together by certain motifs and themes. Both food and art carry this power to embody and celebrate an array of cultures, ideas and practices, and it is a feast for the eyes and stomach to behold.