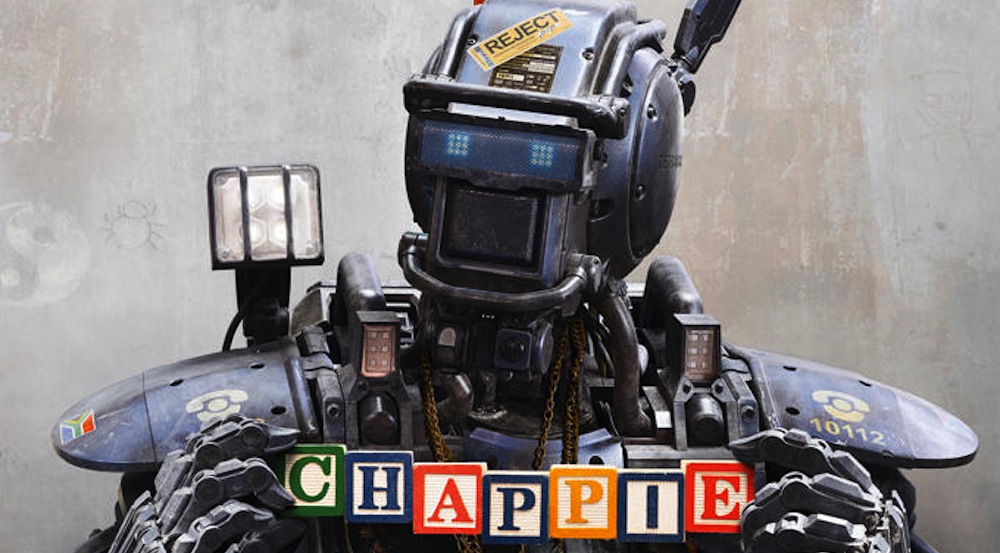 Neill Blomkamp’s latest film, “Chappie,” is what I like to call a “franken-movie.” Essentially, it’s a movie cobbled together from the various influences that inspired the work, but mashed together into something that doesn’t fully represent any of those individual parts completely. While the moral and political themes are inspired by “Terminator 2: Judgment Day” and “RoboCop,” the action scenes looked like they were ripped straight out of “Real Steel.” However Blomkamp’s unique voice as a filmmaker at the forefront of modern science fiction still shines through.

Here’s the basic premise of the movie: in the future, the country of South Africa has revolutionized its police force by purchasing armored police robots from Tetravaal, a massive weapons manufacturing corporation. The creator of these robots is Deon Wilson (Dev Patel, “Slumdog Millionaire”), a robotics genius who seeks to create an artificial intelligence for the robots that will allow them to experience human emotions and moral consciousness, using a broken down robot. However, before he can implant the A.I. program into the robot, he is kidnapped by a group of criminals (Ninja, Yolandi Visser, and Yankie). They threaten to kill Wilson unless he uses his programming skills to bring the robot to life, named “Chappie” by Visser’s character, so they can pull off a heist. At the same time, Wilson must contend with corporate sabotage from rival engineer Vincent Moore (Hugh Jackman, “X-Men”) who seeks to get revenge on Wilson for overshadowing his own robot creation, MOOSE and taking the glory he feels is his.

If all that plot structure seems a bit convoluted, that’s because it is — and the movie often struggles to keep a fully coherent flow of events. While the central drive of the film is Chappie seeking enlightenment on what it means to be human, the movie frequently attempts to cultivate character development in Wilson. However, his arc never fully comes into fruition by the end of the movie because the film frequently cuts back to the criminals raising hell or Chappie learning more about the world. Interestingly, Ninja, the group’s ruthless and bloodthirsty leader, undergoes probably one of the most unexpected character arcs in the movie, developing into a completely different person entirely by the third act that may catch the audience off guard.

I would be remiss in not discussing one of the more unorthodox casting choices for the movie. Ninja and Visser, who play the two central leaders of the criminal outfit, are part of real life South African alternative hip-hop duo Die Antwoord. Blomkamp makes the odd decision to make Ninja and Visser play themselves in the movie.

Whether they are simply characters who happen to hold the same names as their real life counterparts or if duo really did descend from music stardom to narcotic peddling debauchery is something that is never fully explained, which left me slightly confused throughout the movie.

That disconnect was certainly not helped by the musical score being driven solely by Die Antwoord’s work, which undermines much of the tension as soon as Visser’s voice hits your ears. Her high-pitched vocals immediately suck out any sense of dread or excitement in a situation. Their music, which sounds like a bizarre blending of Britney Spears’ auto tuned chipmunk vocals and Rick Rubin’s produced rap beats, don’t mesh well with the action scenes that Blomkamp suddenly decides that he wants to emphasize in the third act of the film.

However, at the end of the day, Chappie is the real star of the show. Blomkamp’s frequent collaborator Sharlto Copley provides the voice of Chappie and knocks the role out of the park. His blend of a Hal 9000-esque robotic coldness married to a child-like energy holds the whole movie together.

In many ways, Chappie is the most human of all the characters, providing Wilson, Visser and Ninja insight into their own flaws and vices and into what consciousness truly entails. Another central theme of the movie is nature vs. nurture.

While Wilson insists on Chappie serving as a shining example of morality and virtue, Ninja insists that he fight against the world to survive and show no mercy. Ultimately, the movie suggests that perhaps both are essential to fully understanding one’s existence.

I don’t want to sell “Chappie” as a masterpiece like Blomkamp’s first work, “District 9.” The third act is a mess and sticks out like a sore thumb when compared to the majority of the film. I don’t make those earlier “RoboCop” and “Real Steel” comparisons lightly. MOOSE strikes a suspicious resemblance to the ED-209 and Chappie’s battle against it looks like something straight out of a “RoboCop” fan film, with “Real Steel” alum Hugh Jackman piloting the MOOSE himself.

Furthermore, the climax’s action scenes are actually sabotaged by Blomkamp’s attempts to create intense action in a movie that it just doesn’t fit in. The 1980s action movie clichés begin to seep in, such as over the top gore, indulgent explosions and slow motion glances of determination make the movie seem more like a parody of action movies rather than something we’re supposed to be invested in emotionally. If Arnold Schwarzenegger and Sylvester Stallone were included as extras in the battle scenes, I would not have batted an eye.

“Chappie” is kind of a mess, but it has heart to spare. Though it doesn’t work on every level, it definitely holds together as a fascinating experiment in storytelling. “District 9” is still the gold standard for Blomkamp’s work, and while this movie certainly doesn’t stand on the same pedestal, it is very much the ambitious political science fiction thriller that its predecessor was.

If you can look past the movie’s flaws, you will find much to like in this oddity of film and the ending has to be seen to be believed. “Chappie” likely won’t change any science fiction fan’s life, but it’s definitely the kind of unique film that the genre has been lacking for a while and I highly recommend checking it out. 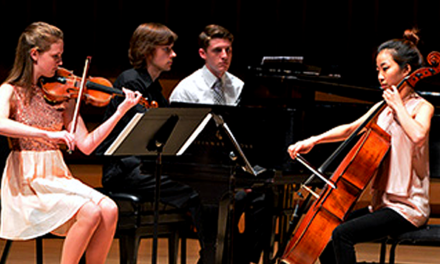 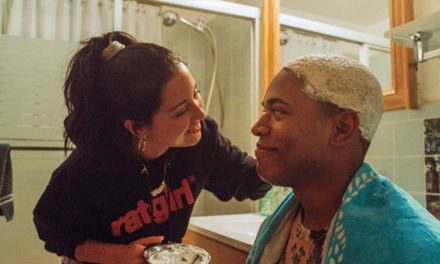 ‘Waves’ is a Shallow Exploration of Race and Forgiveness in America 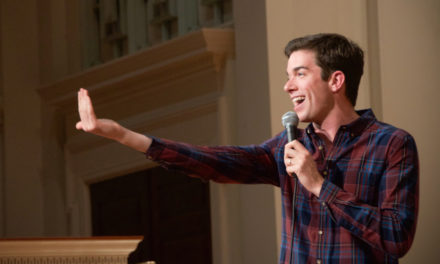 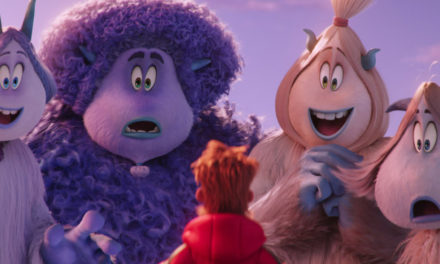