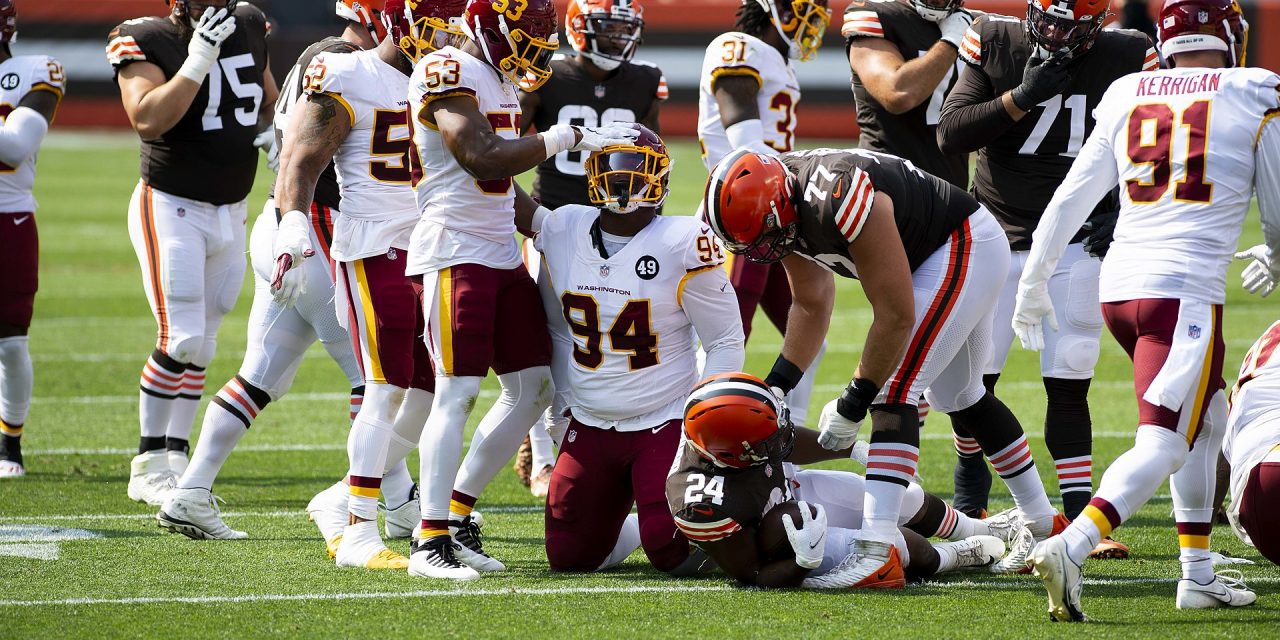 Just as the pandemic has drastically transformed our way of life, this year’s racial awakening has taken the world by storm. The tragic death of George Floyd on May 25 not only shed light on systemic racism in the U.S., but also inspired a widespread social movement. In this year of discontent, all facets of American life have been forced to confront racist histories and practices — and professional sports is no exception.

Professional sports’ racist past is rooted in team names, logos, gear and traditions, particularly surrounding the portrayal of Native Americans. Teams like the Washington Redskins changed their official name to the Washington Football Team, only after decades of public discontent. The outcome is particularly striking when recalling owner Daniel Snyder’s controversial 2013 remark, “We’ll never change the name. It’s that simple. NEVER — you can use caps.” Although the team name clearly demeaned Native Americans, Snyder chose to ignore such consequences in favor of preserving the tradition of his team. 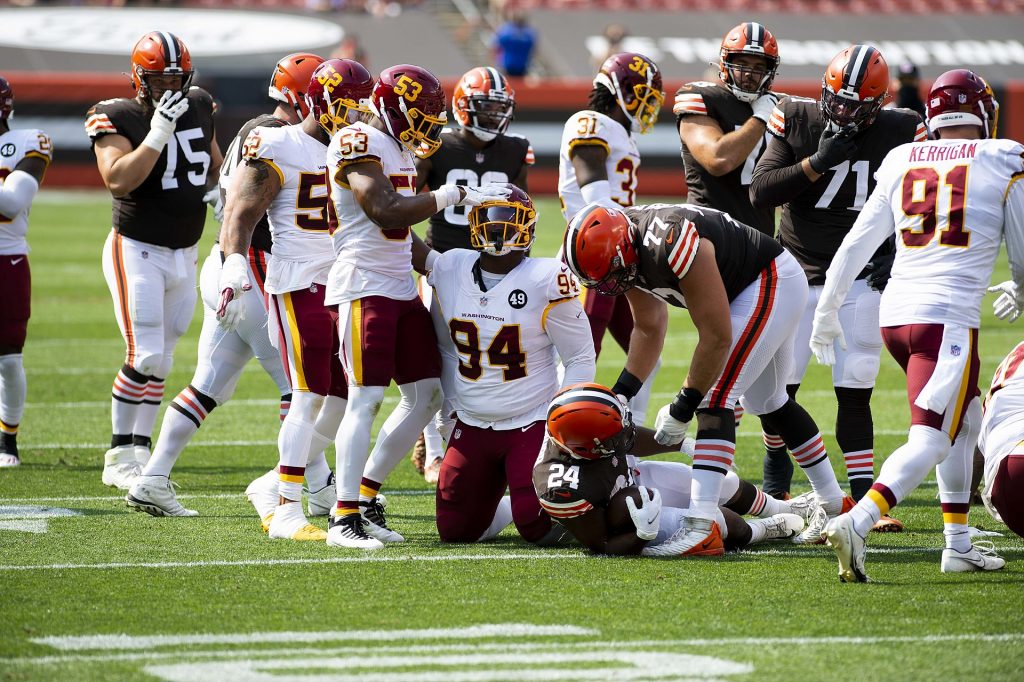 The Washington Football Team recovers after a play against the Cleveland Browns on Sept. 27. (Courtesy of Wikimedia Commons, All-Pro Reels)

For many years, Snyder’s stance remained unchecked by NFL Commissioner Roger Goodell and team owners until the resurgence of the Black Lives Matter movement following Floyd’s death. Riding the momentum, social activists demanded the team finally retire its controversial name. Shareholders of Nike, PepsiCo and FedEx added to the pressure by convincing the three companies to terminate their sponsorship of Snyder’s team. In a final stroke of true corporate justice, FedEx – the naming rights holder of Washington’s stadium – asked the team to change its name while Nike took the drastic step of removing Washington merchandise from its website. Although it took a sustained and collective effort, Snyder finally relented and dropped the team name.

While Washington was the first professional team that reluctantly agreed to drop a blatantly racist moniker, Cleveland Indians owner Paul Dolan also recently committed to changing his team’s name after 2021. The Cleveland Indians’ history is tied to the Chief Wahoo emblem, a racist and offensive Native American caricature that was recently retired from player uniforms in 2018.

Dolan’s change of heart, however, is still clouded by the team’s ongoing efforts to maintain its past: Cleveland will continue to sell merchandise with the Indians name and Chief Wahoo logo. Paradoxically, by continuing to sell such merchandise that disparages Native Americans, the team has pledged to “promote diversity, equity and inclusion” by donating profits from the Chief Wahoo sales to “Native American-focused organizations and causes” that haven’t been named yet. Such puzzling logic highlights the performative nature of teams rebranding themselves and the continued fight for racial equality in professional sports.

Even the Kansas City Chiefs, a team that has achieved remarkable success with their Patrick Mahomes under center, have considerable room for growth. The team’s tomahawk chop played alongside a war chant is considered by some to be disrespectful of and appropriating Native American culture. Other gimmicks, such as the banging of a war drum and a cheerleader riding a horse nicknamed Warpaint on game days, add to a generally inaccurate representation of Native American culture. Until recently, fans were even allowed to wear Native American headdresses, face paint and clothing at home games.

According to Kevin Allis, chief executive of the National Congress of American Indians, such behavior and customs “reinforce a stereotype and incorrect symbolism that Indians are uncivilized and uneducated.”

“And you know why that’s painful for us? Because we’re far from that. We’re 574 federally recognized tribes that have very sophisticated governments and communities and are organized and have smart and talented folks,” he told The Washington Post.

While much work clearly remains to establish a professional sports experience that respects the racial identity of all Americans, a reinvigorated movement for racial and social justice provides a glimmer of hope. To pay homage to Floyd and countless other victims of racial injustice, professional sports must evolve team traditions to meet social conditions of the present. While change and its clash with the past can be difficult, such trade-offs are an inevitable part of progress.