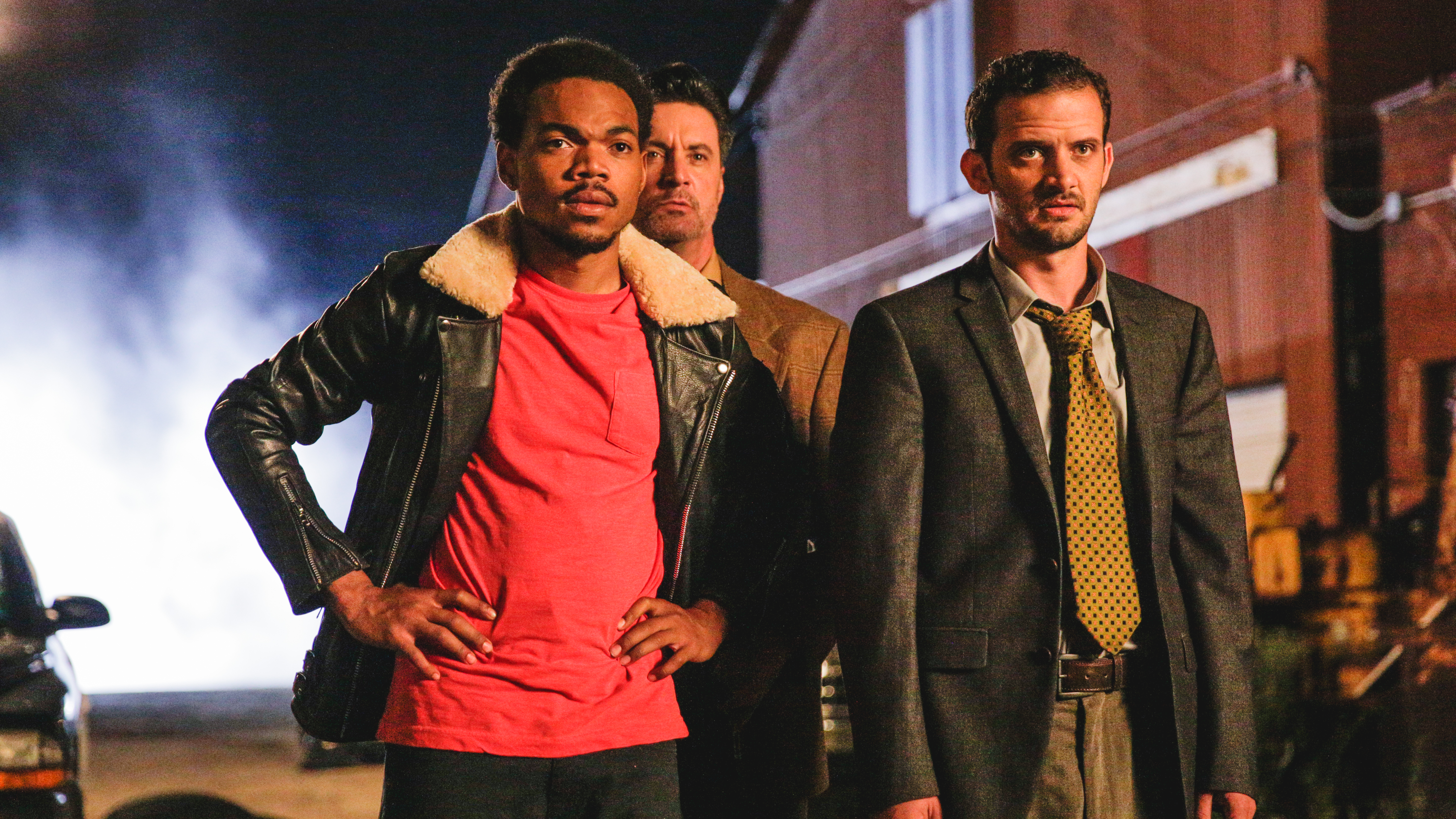 Austin Vesely, previously known for directing Chance the Rapper’s “Sunday Candy ‘Short Film’” and other music videos, makes his feature debut as the writer and director of A24’s new horror comedy “Slice.” Featuring Chance the Rapper and Vesely himself, “Slice” is a unique and quirky movie with cinematography, techno tunes and sharp colors reminiscent of ’80s horror films. However, despite its creativity and nostalgic charm, it falls short in humor with bland dialogue and dry jokes.

“Slice” is set in the town of Kingfisher, Okla., where humans coexist with typical supernatural movie characters like ghosts, werewolves and witches. When Sean (Vesely), a delivery boy for Perfect Pizza Base is murdered on the job, the town is set in a frenzy trying to figure out who — or what — was responsible. Astrid (Zazie Beetz), Sean’s fiercely determined girlfriend, seeks to avenge his death through any means possible. While the mayor (Chris Parnell) shifts blame to the town’s ghosts, the police investigation focuses on Dax (Chance the Rapper), a motorcycle-riding, outlaw werewolf who was a suspect in a previous case of murders involving Chinese food delivery drivers. Sadie (Rae Gray), a resourceful journalist, attempts to uncover the mystery and help clear Dax’s name by doing her own investigating.

With so many major characters in a relatively short run time (83 minutes), it is difficult to truly connect to and sympathize with anyone. The personalities in the film, though somewhat entertaining, are one-dimensional because character development is sacrificed for plot. There is no shortage of good actors in the movie; Beetz, Gray, Parnell and Paul Scheer (who plays the owner of Perfect Pizza Base) all pull off their characters in a way that fits the whimsical nature of the movie. Even Chance the Rapper, who does not traditionally act, has a natural charm that shines through his portrayal of Dax’s calm yet devilish demeanor. Unfortunately, the writing doesn’t allow them to use their talents to the fullest — the characters rarely go beyond their surface-level personas, lacking complexity or genuine personality.

Still, the lighthearted film sets up an interesting socio-political commentary by using the social divides between the town’s human and ghost populations. While the mayor brags about Kingfisher “being home to one of America’s largest ghost populations,” in reality, the ghosts are often treated as second-class citizens. As part of the mayor’s “beautification” campaign (also known as gentrification), the ghosts have been forced out of their original home (an old asylum) and into a separate neighborhood named the “Ghost Town” to make room for a strip mall. After the murder, ghosts are immediately suspected, despite the lack of any evidence. Stereotypes and prejudices are prevalent in the thoughts and actions of the town’s residents. However, the movie portrays all of this without being cheesy, choosing to be matter-of-fact rather than self-righteous.

Along with its eccentric characters and bizarre plot, the movie’s carefree take on a serious topic distinguishes it. “Slice” is a fun and lighthearted movie that you can laugh at and not think too hard about. There are some parts that aren’t explained and don’t need to be. For example, the question of how the ghosts differ from humans besides their ghoulish appearance is never fully answered, but it doesn’t really matter for the purposes of the movie. With that said, the film lacks the humor needed to balance out plot inconsistencies and confusion. The parts meant to be funny often fall short of inciting a laugh; the jokes are too generic and lack bite. “Slice” relies too heavily on its quirkiness and not enough on insightful or original humor.

The writing leaves something to be desired in terms of character development, pacing and humor. But ultimately, the effortless peculiarity of “Slice” and the socio-political commentary make it entertaining enough to indulge in on a late Saturday night when you want to unwind, perhaps with a greasy, but delicious, slice of pizza by your side.