All members of the College Financial Advisory Committee (CFAC), the group that helped College Dean Robin Forman evaluate departments in a process that culminated in the changes announced last semester, have resigned from the committee, effective immediately.

CFAC members declared their decision to resign in a March 6 letter to Lutz, who noted that the delay in the announcement of the resignation was due to the fact that spring break took place right after he first received word of the situation.

“I didn’t think it would be helpful [to inform them of CFAC’s resignation] while people were all over the country, so I made the call that I thought it was sensible to send it out afterwards,” Lutz said, adding that he had also been busy managing two College faculty meetings while teaching and working with a research group on the side.

“The current members of the committee can only interpret this decision in the light of votes and statements made at previous Emory College faculty meetings as a vote of no confidence in the Financial Advisory Committee,” CFAC wrote in its letter. “Any further work and advice given by the committee to the Dean of Emory College after this vote would be placed in question. Under these conditions, the members of the Financial Advisory Committee see no alternative but to resign effective immediately.”

Faculty voted at last month’s meeting in favor of a motion that would nominate and elect faculty members to an independent board to review the processes involved in implementing the department changes. The College and Laney Graduate School announced in emails to the student body in mid-September that they would “phase out” and suspend admissions to several programs and departments, respectively.

The group slightly reduced funding for several institutes and programs starting in 2008 after its formation under former College Dean Bobby Paul. At one point, though, Forman – whom the committee reported to – requested that certain programs be eliminated, according to a Sept. 20 Wheel article.

In Lutz’s announcement of CFAC’s resignation to College faculty, Lutz noted that GovCom will not establish a new faculty advisory committee. Still, he wrote, the formation of a new committee might be considered after the investigation is complete.

“GovCom thanked the committee members for their service and accepted their resignation effective immediately,” Lutz wrote to the College faculty. He declined to personally comment further.

In an interview with the Wheel, Giles said the decision to create the independent review committee is “a clear indication that there was a lack of trust in the work that had been done.”

“That lack of trust is the equivalent of no confidence,” Giles said.

But Chair of the Department of Film and Media Studies Matthew Bernstein, an at-large representative for the Payne committee, wrote in an email to the Wheel that he does not feel the creation of the group expresses a vote of no confidence in CFAC, but rather in faculty governance as it currently stands and “the processes and procedures they were instructed to undertake by various faculty governance structures.”

At the same time, though, Bernstein wrote that he agrees that College faculty as a whole would challenge any further advice CFAC provides to Forman.

“This would happen whether or not the faculty had voted the ‘Payne Committee’ into existence,” Bernstein wrote.

He added that the vote to create the Payne committee was extremely close, which provides an “important perspective on the issue of whether or not the faculty had no confidence in CFAC.”

Forman wrote in an email to the Wheel that he understands CFAC’s decision to resign. The department changes will proceed as planned, he wrote.

“[I] agree with their assessment that at this time, it would be difficult for [CFAC] to advise me on any issue of substance,” he wrote. “… I have always greatly valued their guidance and advice, and I am sorry that I will lose that.”

Giles also described the formation of a review committee to investigative a dually appointed committee as “unprecedented.”

“I think that probably raises some issues about how faculty governance works in the future,” Giles said.

Berland agreed, noting that there is a “potential danger when faculty initiate a formal investigation of their colleague’s service.” This, he said, can discourage other faculty from serving in advisory or governance roles, especially when a major decision is being made.

“Faculty input is certainly needed, and existence of this kind of review may discourage some people … from participating in the areas [that] there may be controversy, even though that’s where they are most needed,” Berland said.

Some CFAC members had informed Forman about the possibility of resignation beforehand, according to Forman, though he did not get official word on the matter until he received a copy of the letter CFAC sent to GovCom. Regardless, he said he has “nothing but the greatest of respect and gratitude” for the faculty who served on CFAC, adding that he feels they took on an “unimaginably difficult task.”

Meanwhile, the Payne committee – named after Associate Professor in the Department of History Matthew Payne, who proposed its creation – has yet to meet following the resignation announcement, according to Oded Borowski, the Payne committee’s representative for the Humanities division in the College and a professor of biblical archeology and Hebrew.

The Payne committee has held one meeting thus far, during which its members aimed to “try and clarify the charge,” in reference to what the committee is going to study and how it will do so, Borowski wrote in an email to the Wheel.

Borowski said Humanities faculty voted him into the committee after receiving nominations from colleagues and agreeing to serve.

The Payne committee’s second meeting will take place next week. 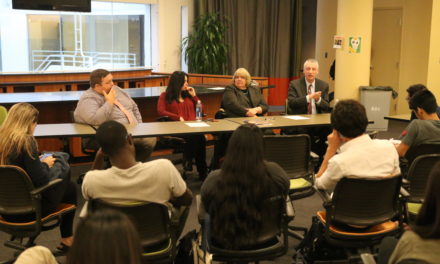 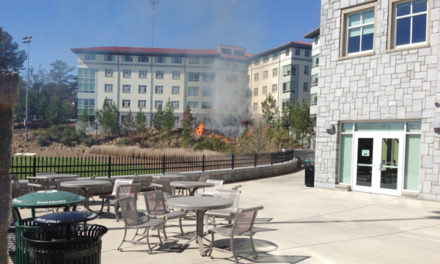