The 58th Legislature of the College Council (CC) struck down a bill amending its monetary policy during its meeting Wednesday in light of its financial state of emergency declared last month.

The team will revisit the bill after revision.

Earlier this month, the Wheel reported that CC planned to reduce the amount of money allocated to student organizations from an average of $6,000 to an average of $3,500 for the rest of the semester.

CC Budget Committee Chair and College sophomore Reuben Lack said the money transfer will raise the average amount that CC can give to clubs such that CC is no longer in a financial state of emergency.

Lack said that CC now wants to focus on a broader discussion on improving the budgeting process of their organization.
The bill, which Lack authored, proposed to address this with three components.

The first section amends an existing rule that requires clubs to hold events open to all members of Emory College. It proposes that all clubs make a good faith effort to advertise events to non-members, Lack said.

Additionally, it gives the committee additional discretionary powers to amend and strike down line-items – or specific portions of funding proposals – from clubs that they deem to be excessive or extravagant, Lack said.

The third part, which Lack said CC decided to table and discuss at a later time, establishes caps on food funding.

In order for the bill to have passed, it required two-thirds of the legislature to vote yes because it is an amendment to the monetary policy, according to Lack.

Lack said CC is currently changing the structure and operations of the budget committee, which is why some members said they were uncomfortable making changes to their powers.

The Budget Committee currently meets on a Tuesday and Thursday of the same week once a month. It is made up of all members of the Legislature, who attend the meetings on either of the two days based on their convenience.

CC is considering altering the structure such that the committee is made up of fewer students and meets weekly, Lack said.

According to CC Vice President of Communication and College junior Emily Bi, CC has formed subcommittee meetings to amend the bill because CC legislators were dissatisfied with parts of it. These meetings will take place at the end of the week, she said.

Lack said he perceived that the Legislature was uncomfortable with the Budget Committee making decisions when its functions are set to change next semester.

“We want to make sure that the bill makes logistical sense and that it will provide maximal benefit to the students and clubs we support,” Bi said. 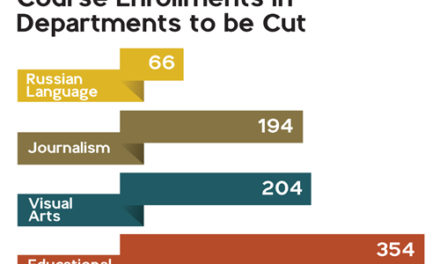 Forman Discusses The Role of Students