Carter Believes There is a ‘Good Chance’ for a Female President 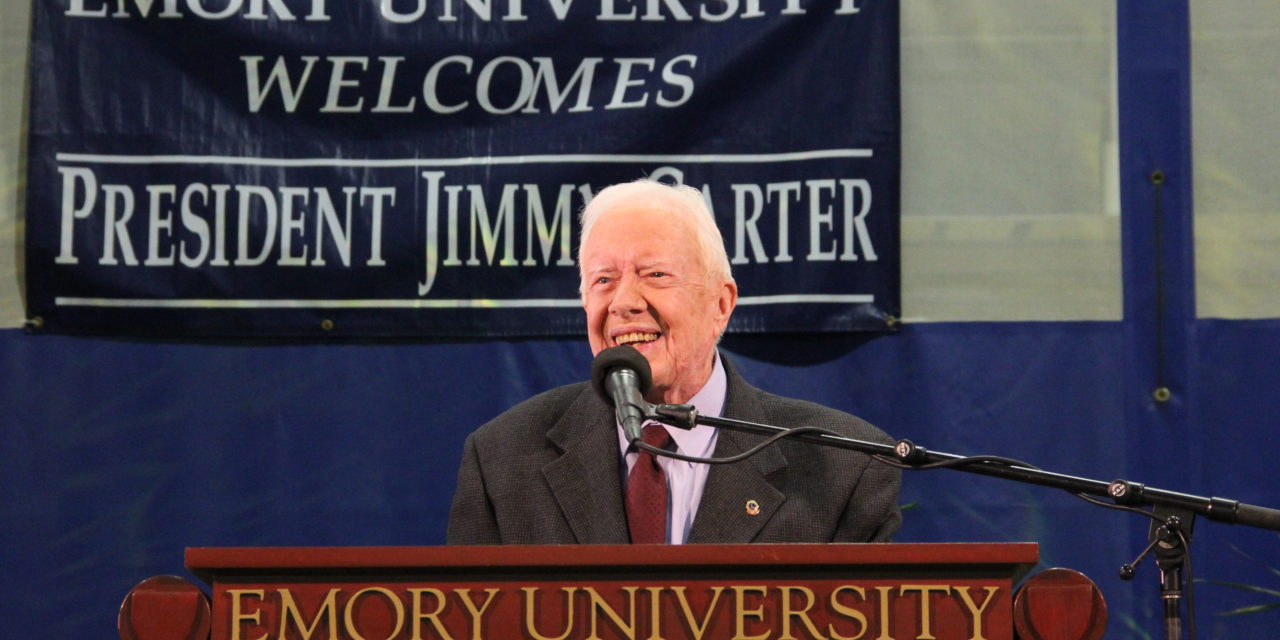 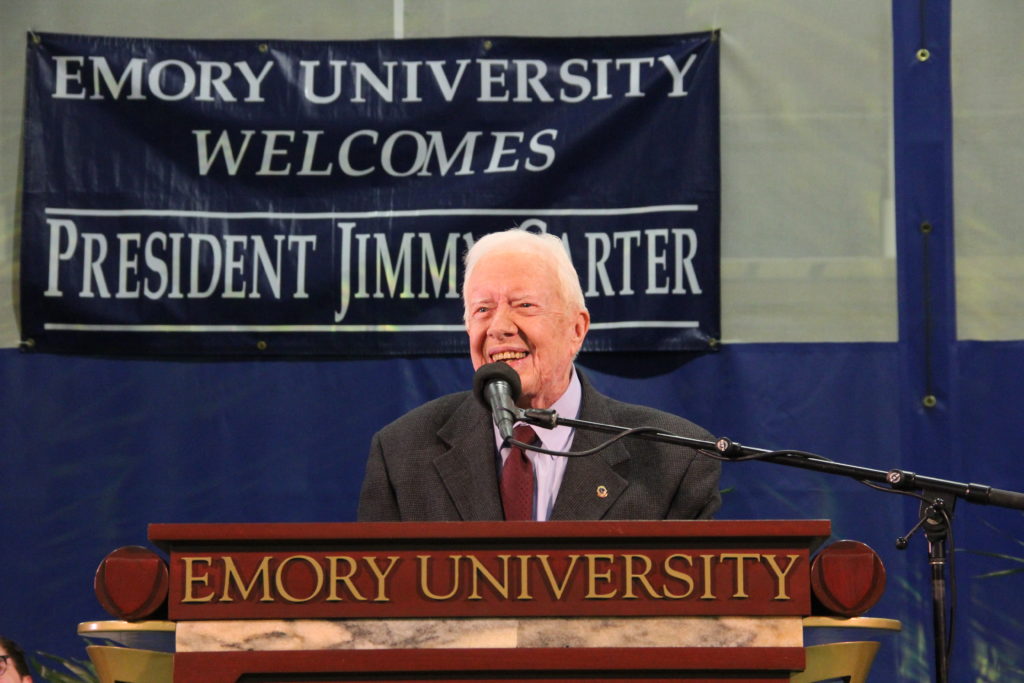 Former U.S. President and Emory University Distinguished Professor Jimmy Carter said on Wednesday that he believes the country may see its first female president in 2020.

The 39th president praised the number of “highly qualified” women running for the 2020 Democratic presidential nomination, but confessed that he has not yet decided who to endorse.

The comments, which were greeted with resounding cheers by a lively audience of first-year undergraduate students and community members, came as part of Carter’s 38th consecutive Carter Town Hall, an annual tradition where the former president answers a variety of questions from Emory students.

Carter, 94, took a number of questions about national politics.

Carter blamed the “very recent trend” of increased party polarization on continued partisan gerrymandering of congressional districts and the increasing role of money in American politics.

Calling the United States an “oligarchy,” he told the crowd that he raised “zero funds” when he ran against former U.S. President Gerald Ford in 1976.

“Now you have to raise hundreds of millions of dollars to get a nomination from the Democratic or Republican Party,” Carter said.

A celebrated advocate for global peace and human rights, Carter, winner of the Nobel Peace Prize in 2002, challenged the U.S. to break away from its history of conflict, noting that the U.S. has experienced only 16 years of peace in its 243 year history.

Carter argued that the U.S. is “inclined to go to war” because of the country’s need to impose the American way of life and form of government on foreign countries.

Carter said the worst advice he ever received was to bomb Iran in response to the 1979 Iran hostage crisis.

“I could very easily have killed 10,000 or more Iranians, but I have always felt that if I had, they would almost certainly have killed [the American hostages],” he said.

Speaking on the country’s future, Carter told the audience about the importance of maintaining a healthy international image.

“We ought to be the No. 1 nation in the world in human rights, environmental equality and welcoming everybody as equals to the United States,” Carter said.

The session ended on a lighter note — when asked about his thoughts on almond butter, Carter, an avid peanut farmer, declared his loyalty to peanut butter.

“I never have tasted it and I don’t intend to,” Carter said.

“It was a remarkable experience to receive advice from such an esteemed speaker,” Satapathy said. “[Carter] promoted a sense of equality and hope that we needed to start off the school year.”