Carrie Mae Weems, a photographer and video installation artist, spoke about inspiration and style appropriation in modern art in an April 8 lecture at the Glenn Memorial Auditorium.

In the last installment of Emory’s 2018-19 Provost Lecture Series, Weems addressed about 100 students, faculty and community members. Her art exhibitions deal with issues of racism, sexism and politics, specifically in African American communities.

Weems spoke about her “Director’s Cut” photography series, in which she took pictures of herself on the sets of productions for TV shows such as “Empire” and “Scandal,” both of which feature black actors in lead roles. Weems said shows like these mark an important shift to the popularization of black culture in the media.

“There were days and years when I would look at The New York Times, my favorite newspaper, on a Sunday afternoon and just cry because there was not a single article about anything relevant to African Americans,” Weems said. “That has changed. They also have a black editor which helps make a difference as well.”

Weems also spoke about how she finds inspiration for her artwork by examining the kinds of influence other artists’ work has on people.  She said that she spends a lot of time looking at and trying to understand what kind of messages they contain before discovering her own ideas.

However, she noted the importance of artistic appropriation, especially when creating new work.

Weems also discussed the various interpretations of artwork and its purpose in answering questions of self-identity.

“We are all looking for our authentic selves,” Weems said. “Who am I? What is my purpose?”

“And for a woman like Aretha [Franklin] …  these [songs] weren’t just great, great accidents, they weren’t just songs,” Weems said. “They were deeply involved with her question of, ‘Who am I?’”

Zach Stieneker (19C), who heard about the lecture through his photography class, said he found the talk very interesting because he “[enjoyed] seeing a part of the University that really cares about photography and the arts.” 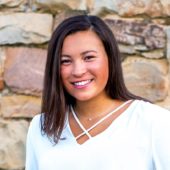