Carpenter, Curtis Return to Give ‘Halloween’ a New Shape 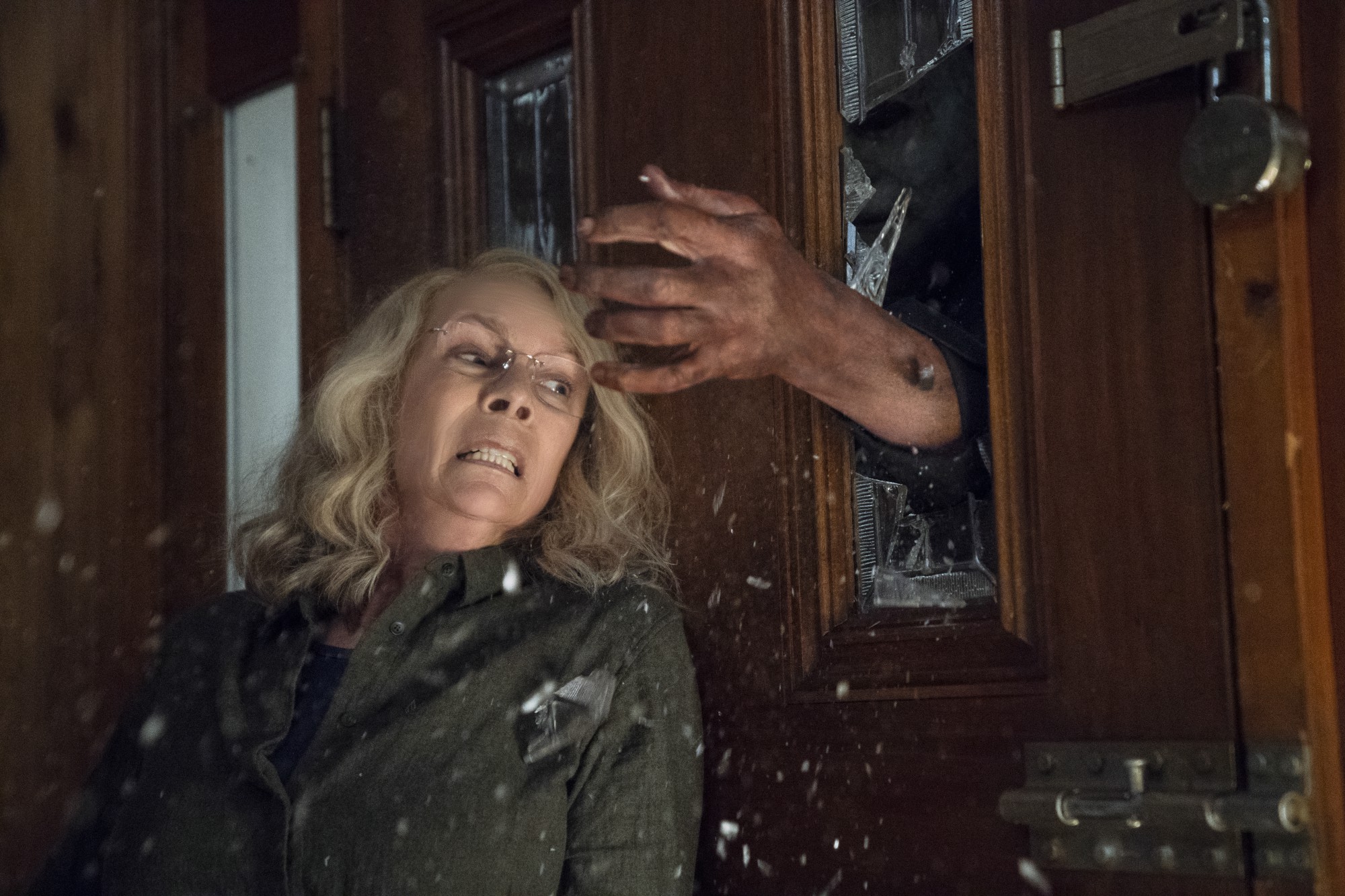 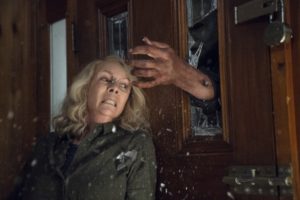 In 1978, writer-producer Debra Hill and director John Carpenter put their heads together to give horror a new name. That name was Michael Myers, the most terrifying slasher villain since “The Texas Chain Saw Massacre”’s Leatherface. Grossing an adjusted $46 million on a $300,000 budget, Carpenter’s “Halloween” stands as one of the most successful independent films of all time. After an onslaught of maligned, cash-grabbing sequels, the series returns 40 years later with David Gordon Green’s “Halloween,” a fresh take on Myers’ legacy of terror that ignores every previous installment — except for the original. With Carpenter returning to compose the score and produce, along with original star Jamie Lee Curtis reprising her role as Laurie Strode, Green and company shape a bold new vision of an undisputed classic.

The new “Halloween” opens with true-crime podcasters Dana (Rhian Rees) and Aaron (Jefferson Hall) paying a visit to Dr. Sartain (Haluk Bilginer), the resident psychiatrist at a home for the criminally insane. Sartain introduces them to the object of their obsessions — Michael Myers (Nick Castle), the most infamous prisoner at the home, who murdered several teenagers on a Halloween night four decades ago. Afterwards, they pay a visit to the sole survivor of the killings, Laurie Strode (Jamie Lee Curtis), who suffers from post traumatic stress disorder (PTSD) and has grown estranged from her daughter Karen (Judy Greer) and granddaughter Allyson (Andi Matichak). Strode refuses to work with the podcasters, retreating to the confines of her heavily armed home. She’s waiting for Myers to return, and she’s prepared to face him. On the night before Halloween, Myers escapes from his prison transport bus, heading to Strode’s hometown of Haddonfield on a mission to kill.

If there’s a significant fault to be found in the film, it’s Green’s strict adherence to Carpenter’s original style. Even the opening titles assume the exact form as their predecessor, using the same font, rhythm and design. The strongest of the film’s formal ties to the original is its music. Collaborating with his son Cody Carpenter and nephew Daniel Davies, Carpenter’s new score is a certified banger. In perfect tune with the film’s wavelength, the compositions elicit bone-deep terror even upon an outside listen. It’s an instant classic piece of film music that plays the audience like the tightly wound strings of a violin, dragging its nails across our nerves with a blood-curdling shriek.

Even with its explicit ties to its predecessor, “Halloween” never sells out to egregious fan service. Green’s narrative is a holistic evolution of Carpenter’s, finding its depth and scares in its causal relationship with the original. The long-lasting effects of Strode’s initial encounter with Myers form the film’s backbone, with Green essentially filtering the events of a cultural touchstone through a contemporary lens. Green’s own voice as a filmmaker shines through with the film’s sense of humor, at least partially indebted to co-writer Danny McBride. Jokes are parceled out conservatively, lightening the overwhelming darkness of the narrative to mold it into something skeptically hopeful.

It’s a welcome touch, especially in an era of “elevated” horror films that all but ignore the genre’s historical ties to macabre comedy. The tone is a home-run in this sense, and Green’s humor never detracts from how scary the film is. Myers, as a character, is particularly terrifying because of his mysterious nature. His motives are never discovered. Green develops this characterization further, positioning Myers as an aloof, pure manifestation of evil: a lumbering, unstoppable force that we’ll never understand. Here, his body count is higher, his kills more brutal. It feels as if the only being who could contend with him is Laurie.

And contend she does. Curtis’ performance is her finest hour as Laurie, and she synthesizes the fearsome threads belonging to Carpenter and Green into something both devastating and hopeful. Curtis isn’t concerned with psychoanalyzing Laurie’s trauma; rather, she acts on it. The deep scars left in 1978 are felt in every facet of her character, from her obsessive dedication to ending Myers’ menace to her sensitive shows of strength. Greer and Matichak play off of Curtis phenomenally, with each subsequent generation embodying a sliver of Laurie’s experience passed on. Only together can they defeat the monster at the door, and the results are immensely satisfying and cathartic. Green develops this relationship among his actresses beautifully, the three forming a fraught, if unified, front. In order to save their family’s future, they have to face the past.

The film’s final shot quotes another ‘70s horror maestro, Tobe Hooper, with its ambiguous freeze-frame in the back of a pickup truck — a shocking reminder of how trauma carries on from generation-to-generation, between families and cultures alike. Here, the horror of “Halloween” burrows deeper than its contemporaries. Green isn’t interested in simply scaring us for 90-odd minutes, then letting us escape the theater into the arms of our everyday lives. His film, even in its entertaining comforts, gnaws at the spirit. It’s a master class in how to follow a tremendous work of cinematic fiction, even with so many years in between. The messiness of the film’s connections evolves into something true, and contending with them is the only way we can leave evil behind.