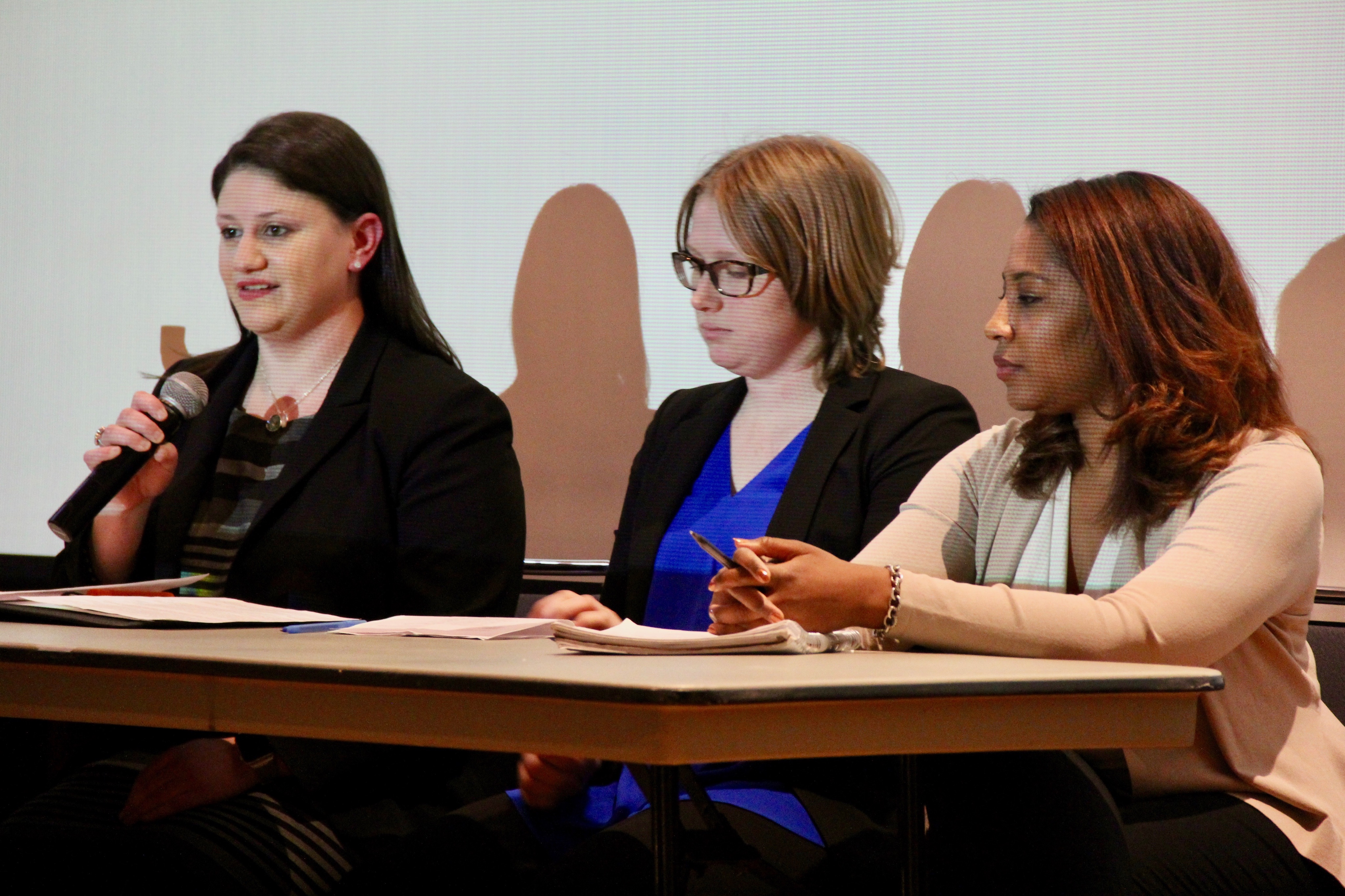 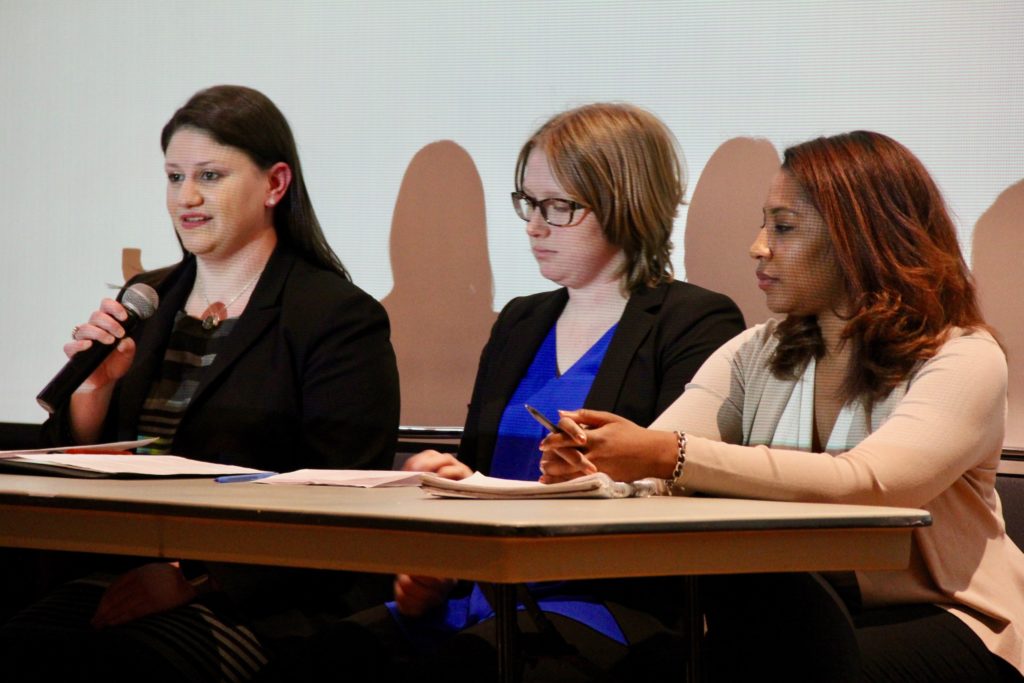 Candidates running for top student government positions spoke about their campaign platforms and answered questions at this year’s Wheel Debates on March 22 in Harland Cinema.

GSGA presidential candidates Kylee Borger (19PH), Sakinah Watts (19B) and Sydney Kaplan (19L) discussed their platforms, which all touched upon the need to increase GSGA’s student outreach. The three graduate students agreed that the biggest challenge GSGA faces after its split from SGA last year is its lack of presence on campus.

“Getting GSGA out there and making sure grad students know it exists and it is there to help them is one of the biggest challenges,” Kaplan, who currently serves as a legislator on GSGA, said. “People don’t know about GSGA in a way that they want to get involved with it. We need the right people to be recruited if we want to be effective as an organization.”

Borger, also a GSGA legislator, said that GSGA’s minimal presence on campus prevented it from passing as much legislation as SGA.

“[Graduate divisions have] lots of students from various backgrounds, and not all of them have been in student government at the undergraduate level, so they’re not aware that we can do bills and legislations, and that we are a venue for change,” Borger said.

Watts, a member of the GSGA executive board, acknowledged that she is not extremely knowledgeable about the governing documents, but viewed the role of GSGA president as a facilitator.

“To be honest, my role this year as a member of the GSGA executive board has not been to be knee-deep in the exact nuances of the legislative code,” Watts said. “Like a CEO of an organization, they’re there to lead the organization to achieve their goals … I would bring that idea up to the legislators.”

“Half of Emory’s student body is made up of graduate students, but GSGA is very new and we are trying to build a foundation,” Cooke said. “But we also need to engage graduate students and meet them where they are.”

SGA presidential candidate and current SGA Chief of Staff Mario Karras (17Ox, 19B) discussed increasing professional development and “making the student experience better.” He pointed to his work on the Oxford SGA as vice president of public relations and first-year legislator.

When asked about his resignation from Oxford SGA in 2017, Karras said he has “made some mistakes and [has] learned from them.” 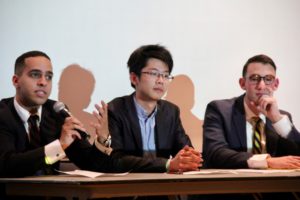 “I had to manage a lot of things in my life,” Karras said. “I had familial issues back home in California which required me to frequently fly back and forth, and I had to balance my rigorous academic schedule, so I could not manage what Oxford SGA deserved.”

Karras added that he prepared another person to take his spot after his departure.

“First, I come from an underrepresented group, so I can work on their problems,” Ma said. “Second, I am a very approachable person, and despite my imperfect English and grammar mistakes, I like talking to people.”

“The next president needs to understand the complexities of the GSGA/SGA split, as well as the fact that, currently, our institutions are bureaucratic and hard to navigate,” Neibart said.

Neibart also stated that he would work more to address demands made by student group Black Students at Emory in 2015, specifically increasing funding for black student organizations.

Ma agreed that it is important to support minority voices on campus, and said that an integral part of his platform is to set up “a special fund for underrepresented student groups to facilitate their small initiatives.”

Karras said that his experience on the Student Concerns Committee would assist him in working with the Emory Black Student Union (EBSU) and the National Association for the Advancement of Colored People (NAACP) at Emory.

SGA executive vice presidential candidates Muhammad Naveed (17Ox, 19C) and John Priddy (19C) discussed the differences in their platforms and what they promised to the Emory community.

Priddy, who has never served in student government at Emory, said that voters should elect him because “has not been on SGA for years, talking about the same issues.” He added that he has “kept up to date on the constitution and SGA code and has attended SGA meetings.”

His experience in Residence Life, Mock Trial, Campus Life, administration search committees, the Emory Commission on Race and Social Justice and other organizations allows him to properly “represent the student body,” Priddy said. 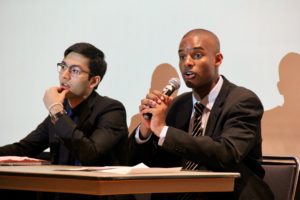 Priddy advocated for major changes to SGA’s current operations, suggesting that it should focus on student demands instead of internal SGA issues, pointing to the joint candidacy bill that SGA spent hours debating.

“SGA should be focusing on what the student body actually wants — on outward student involvement rather than focusing on changing the internal structure of SGA,” Priddy said.

Naveed, who previously served as Oxford SGA president, said that he wants student leaders to have “safe space training” to better understand the concerns of the LGBTQ community.

“The idea isn’t to create more safe spaces … it’s about training student leaders to make sure they have the sensitivity to deal with hard topics and the open-mindedness to deal with those people specifically,” Naveed said. “I understand these sessions will not enlighten them completely, … but it will make them more empathetic so that [LGBTQ] students feel more empowered.”

Naveed also called for MARTA pass subsidies for nursing students and reaching out to cultural and minority organizations.

Haas’s platform ranges from “simplifying chartering and monetary policies” to “improving student input into CC policies and initiatives.” She pointed to her experience this past year working on the tampon initiative and Emory’s Day of Giving.

A question from Twitter directed toward Haas asked about her response to criticism after she had wrote a tweet regarding a Wheel editorial about patterns of club negligence. Haas’s tweet read, “[this article] shows inability for journalists to fact check and write above a fifth-grade level.” 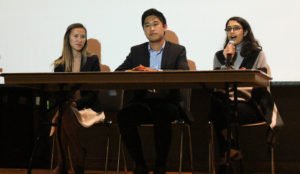 “I honestly just made a funny joke at that time,” Haas responded. “It was an immature response, but grammar mistakes are grammar mistakes … However, I do want to streamline communication with the Wheel, and I would really like for them to write more about CC because students shouldn’t be confused about our role on campus.”

Mutia said that he wants to make Emory safer through sexual violence prevention and conduct diversity training sessions that focus on privilege, bias and racism.

“We need to represent students of color and low-income students,” Mutia said. “I’ve been there and I know what it’s like.”

Kadakia said that she would implement town halls to increase CC’s outreach on campus, work on sustainability initiatives and work with Emory Dining to provide more dining options to students.

Regarding her platform, Kadakia said, “I had two exams today and having one earlier this week, being a busy Emory student, I just haven’t had the chance to submit it.”

CC Assistant Vice President of Finance Hemal Prasad (20C), who is running unopposed for CC vice president, discussed his intimate knowledge of CC finances. As a member of both SGA and other organizations such as Mock Trial, Prasad acknowledged that there can be a disconnect between clubs and CC, a problem he hopes to address.

“As a member of the College Council for the past two years, as a sophomore adviser, it’s truly opened my eyes to see what we can do as a council currently … I hope as vice president I can enact new initiatives in order to make marginalized groups feel less so.”

Jake Gruber (19B), Jay Krishnaswamy (16Ox, 19B), Ashley Daniels (19B) and Hannah Mayblum (19B) are running for BBA council president, but Gruber and Krishnaswamy were the only candidates who attended the debates. Daniels was away at a swim meet and Mayblum did not respond as to why she did not attend the debates.

Krishnaswamy, current BBA Council vice president of technology, said that he wants to provide equal opportunity to all Business School students through initiatives such as the Goizueta Dream Fund, pre-Kegs registration and H-1B visa networking night for international students.“[The Goizueta Dream Fund] is an initiative that I want to take on for next year, where we can set aside a portion of the student activity fee for the year to help historically marginalized groups,” Krishnaswamy said. “Two weeks ago for the first time, the Black BBA was chartered. It is 2018. This should have happened many years ago.”

Gruber pointed to his leadership on executive boards of the Student Alumni Board and Interfraternity Council. Gruber ran his platform on ideas such as “building a definitive cohesive community” and “defining Goizueta’s culture,” which he called exclusive.

Gruber also stressed the importance of setting funds aside for a convenience store at the Business School to enhance the student experience. 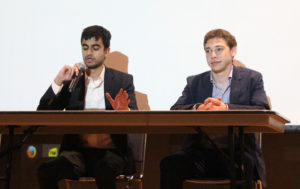 “Goizueta is up [on] a hill. I’m not saying that business students are too lazy to go down to Cox [Hall], but I think that us B-School students would like an area for us to study and be able to leverage the resources we have at the University,” Gruber said. When asked about the funding for the convenience store, Gruber said that the BBA Program Office “has numerous amounts of dollars to spend.”

SGA President Gurbani Singh (18B) said that she was proud of the SGA candidates for having strong platforms and a friendly debate.

“[The SGA candidates] came very prepared, so I was very impressed with all the points they made. They’re very cordial to each other, which is great,” Singh said. “This is the first year I’ve seen healthy competition and healthy debate with candidates, and I think that just adds to the voter experience and ensures that students have options.”

Mariah Doze (19C), who submitted several tweets to the candidates, said that she attended the debates to learn more about the candidates’ platforms and to make sure issues that were important to her were addressed.

“I really interjected a lot of diversity and inclusion questions; it was important to me as I didn’t see a lot of people of color in the audience,” Doze said. “They more or less answered my questions.” 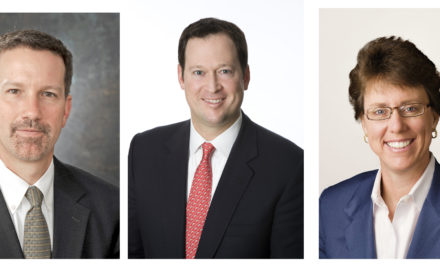 Emory Alumni to Join Board of Trustees 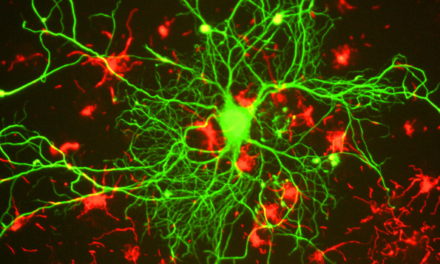 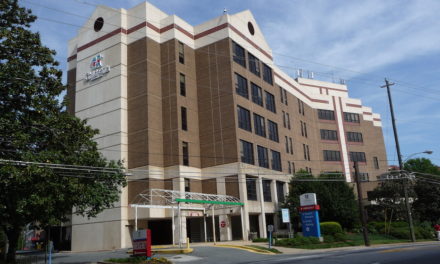