In 2017, I attended the “Essence of Emory” program, which markets Emory’s “diverse” campus to prospective students from underrepresented backgrounds and convinces them to enroll. I was pleasantly surprised by the relatively vast racial diversity here, which was important to me as a black woman coming from a predominantly white high school.

I never expected that three years later, I’d be disgruntled here at Emory about attacks made on our campus’ diversity. So soon after participating in an admissions program that advertised Emory’s diversity, I sat in a room full of mostly students of color at the Emory NAACP response event last Tuesday, listening to Heather Mac Donald drone on about why diversity is hurting college campuses by admitting “unqualified” students. I felt personally attacked by Mac Donald’s hateful rhetoric, especially as she referred to the acknowledgement of racial inequalities as “the ruthlessly competitive totem pole of victimhood.” I was bewildered by the harmful ideologies she brought to campus under the guise of open expression, and was not afforded the opportunity to express my outrage, as Mac Donald only responded to prescreened questions. So, this is what I have to say to Mac Donald:

I am here because I am qualified to be here. I am not a symbol of racial preference. I am not a quota. While affirmative action has helped students like me attend top tier colleges like Emory, it is not simply the implementation of “racial preference” as you refer to it in your speech, and it’s disrespectful and dismissive of reality for you to say so. Affirmative action policies do not allow “unqualified” minorities to be admitted into college. Rather, it allows underrepresented students that are just as qualified as their cisgender, white, rich, male counterparts to have the same opportunity as them. It does not simply say, “Since you are black, and we need more black students, I am going to admit you over the more qualified white guy.” It’s also worth noting that affirmative action helps level the playing field for women, not just racial minorities. You yourself had the fortune of attending both Yale University (Conn.) and Stanford University (Calif.).Therefore, if it weren’t for affirmative action, you might not have even had the opportunity to receive the platform to speak to Emory’s “privileged” (to use your favorite word) students.

You strategically packaged your racist, homophobic and sexist words in your famous “I am not talking about any one individual; I am talking about the data” ploy when you said that colleges are hurting education by admitting unqualified students. It’s clear that you have experience with manipulating words so that no one can call you a racist. However, being the intelligent person that I am, I know how to read between the lines. I can see right through your strategies. You insinuated that if affirmative action was dismantled, almost all black students at Harvard University (Mass.) would never have been admitted. You tried to make me feel that I, too, would never have been admitted into Emory if it weren’t for my brown skin. However, you failed. I know that I am not just a quota used to market Emory’s “rich diversity” (although now I question if Emory disagrees). I worked hard to get where I am today, and I worked even harder to deservedly be viewed in the same light as my white peers.

Therefore, I urge any listeners that were convinced by Mac Donald’s pernicious misinformation to educate yourself. Read up on why diversity is actually very beneficial to college campuses. Learn about why diversity not only allows for the diversity of identities, but the diversity of thought, which the Emory College Republicans and Young Federalists claimed to be promoting in their opening remarks. Refute Mac Donald’s extremely harmful and triggering rhetoric regarding rape. Ponder about if you really want to live in a world where people think this way. You might learn something.

To any marginalized students who were hurt by her words, please know that you matter. You deserve to be here and you are enough. Know that you did not take anyone’s spot as a result of affirmative action. Know that, although some people at Emory might support Mac Donald’s ideas, you are still surrounded by a community of people who denounce her bigoted ideology, myself included. We cannot afford to squander open expression on such absent-minded ideology, and I will continue to fight for what I believe. However, I hope one day I will not have to fight from such an unfair vantage point. 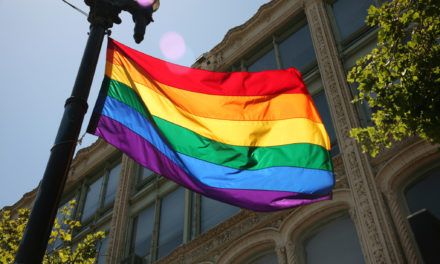 The Wheel Gives Thanks 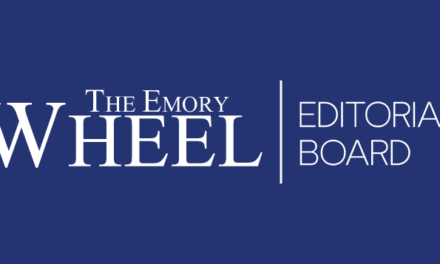