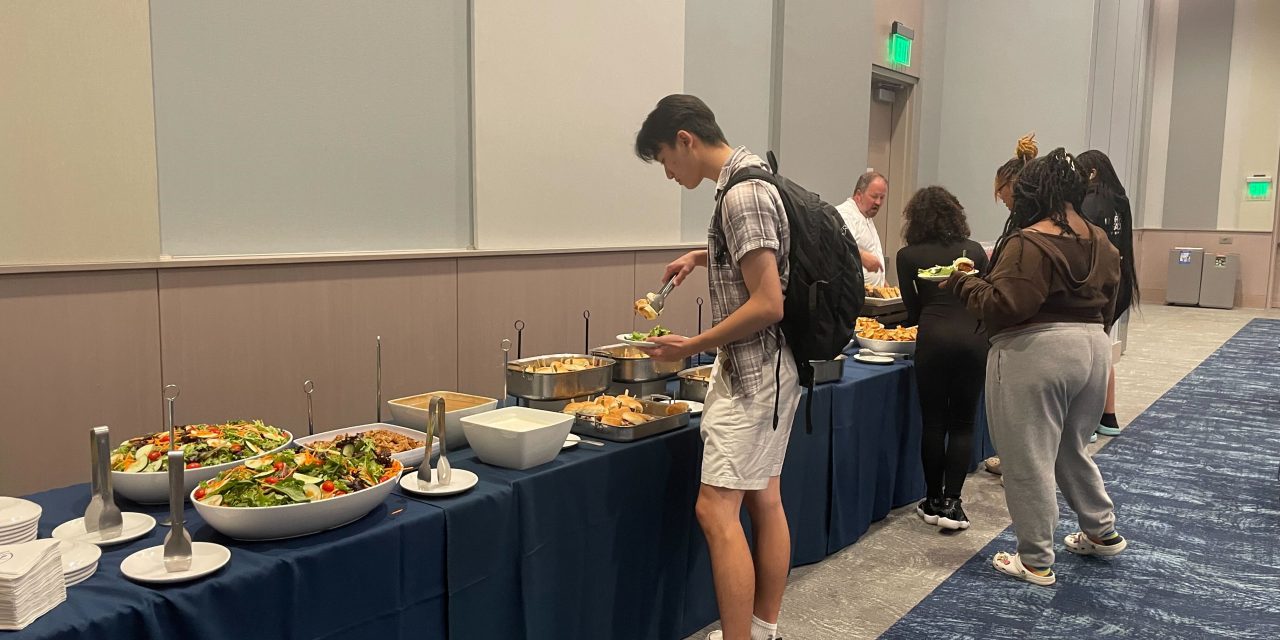 The Food Advisory Committee at Emory (FACE) met for the first time since November 2019 in the Emory Student Center multipurpose rooms on Sept. 29. During the event, Emory University Campus Dining staff answered students’ questions about their food services.

FACE is a student organization that holds forums about Emory’s dining options. Campus Dining staff are currently trying to increase student involvement in FACE, since all those who used to serve on the committee graduated. The recent event, which was open to all students, was hosted by staff to “revive” the types of discussions that FACE hosted before COVID-19, according to Dining Program Associate Director Mark Seals. 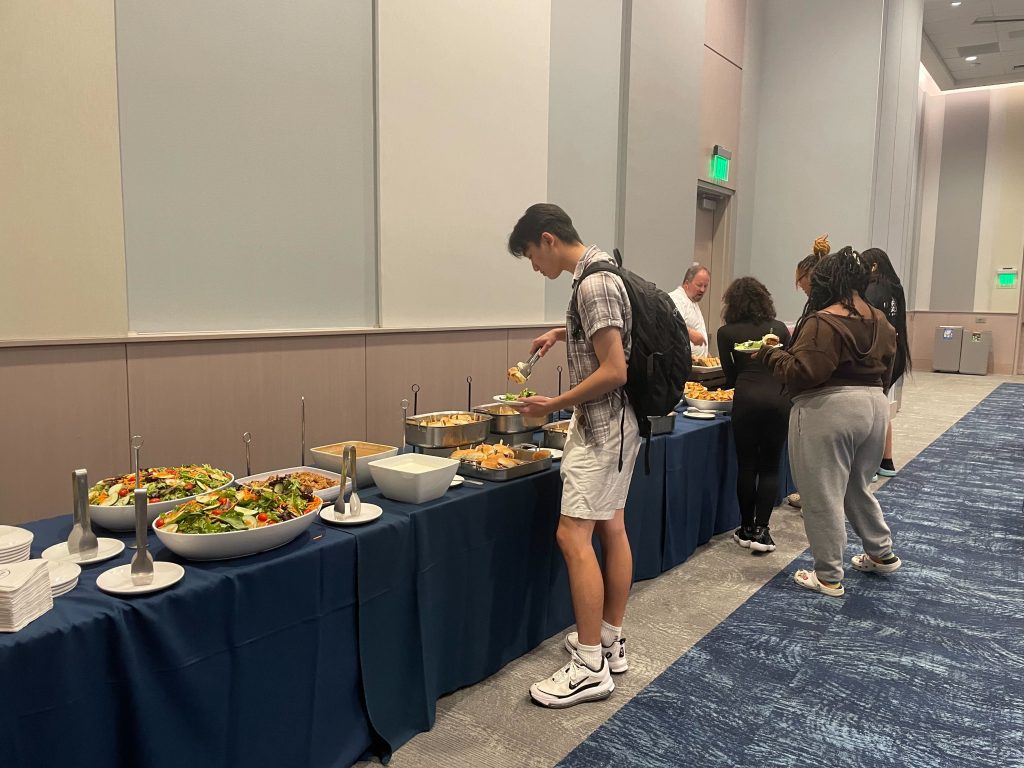 Students get food from the buffet during the Sept. 29 FACE meeting. (Lily Freeman/Contributing Writer)

Roughly 20 students stayed for the Campus Dining staff’s forum, although many others trickled in and out during the event to get sliders, chips, cookies and other bites from the buffet.

“Traditionally, we would have a lot more people, considering that it’s free food,” Seals told the students at the beginning of the event.

After encouragement from Seals and other Campus Dining staff, students shared their questions and feedback about Emory’s food services.

Seals explained that the dining staff recently piloted a “community fridge” in the Alumni Memorial University Center, so those in need of food can have leftovers from the Dobbs Common Table (DCT). Dining staff try to refill the fridge at least three times per week, Seals said.

“We do realize that the majority of our food waste does come from the all-you-can-eat dining area, and we do want to maximize on that waste,” Seals said. “Hopefully we will get all of the waste that we can, as far as the DCT is concerned, and we will help those in need.”

“They are trained in a way to portion you particular pounds of protein, starch and veggies,” Kapoor said.

A third-year resident advisor brought up their residents’ comments that the DCT did not have enough food late at night. The residents had indicated that they were unable to find sufficient offerings as early as 7:00 p.m., despite the DCT closing at 10:00 p.m. on Sunday through Thursday and at 8:00 p.m. on Friday and Saturday, the student said.

Nonetheless, staff will take students’ concerns into account, Kapoor said. He noted that DCT workers try to manage influxes of students into the cafeteria by “being at the door” and communicating on walkie-talkies. 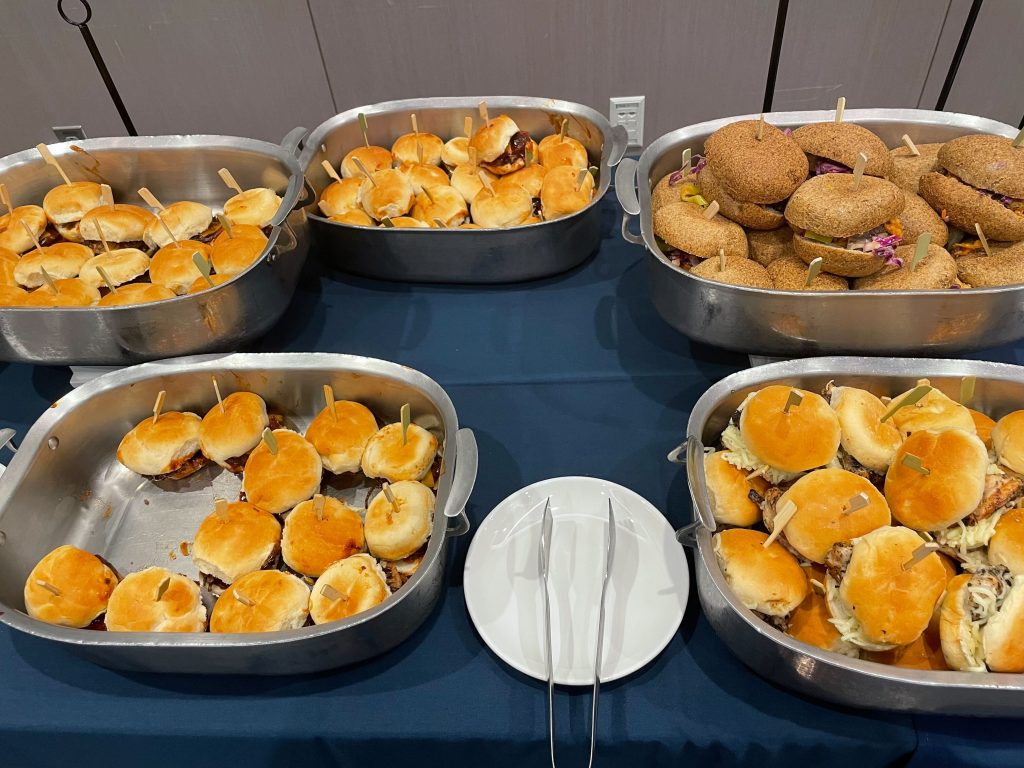 Sliders sit in the buffet line during the FACE meeting. (Lily Freeman/Contributing Writer)

Another student asked how Campus Dining ensures that their staff receive fair compensation and work in adequate conditions.

Reuter said that Campus Dining complies with Emory’s wage requirements — their starting rate of pay is $16 an hour — and that workers can also get MARTA passes or campus parking. She added that every staff member who works a four-hour shift gets a free meal from Campus Dining.

“I’ve always said, ‘If you go home hungry, there’s a problem,’” Reuter said. “Our team is never told ‘no’ as far as if they’re hungry.”

After a student asked why the store hadn’t opened yet, Jordan Higgs, the store’s operations manager, responded that staff were waiting to schedule a fire inspection and a health inspection. Employees aim to open the coffee shop the week of Oct. 3, Higgs said.

“We need to make sure that that space is safe and secure for everyone who will enter,” Seals said. “When you have a new concept coming in, there’s a bunch of steps you have to follow, so we’re doing that diligently and making sure that we are able to open and close the doors.”

Students also noted that they felt the DCT was lacking in fruit and vegan desserts, which Campus Dining staff said they would take into account.

At the end of the meeting, Campus Dining staff thanked students for coming and added that they plan to host another forum in about a month.

Anya Hung (26C), who stayed for the end of the event, said she enjoyed listening to the conversations between students and Campus Dining staff.

“I didn’t know this event was happening in the first place, and I didn’t know what to expect,” Hung said. “But when I saw the people being so open to answering the questions of students and wanting to hear feedback, it made me realize that the school or the dining hall was really trying to do something to improve.” 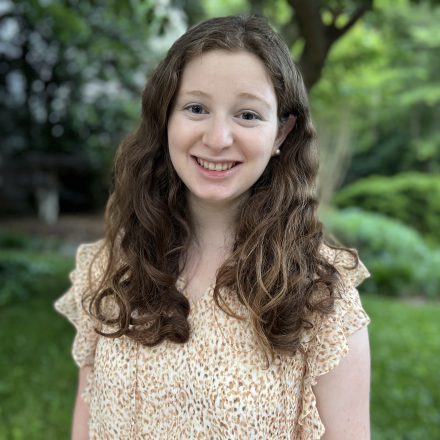 Lily Freeman (she/her) (26C) is from Bethesda, Maryland. She doesn’t know what she wants to major in, but she knows she enjoys exploring Atlanta, listening to birds and watching the sunset. 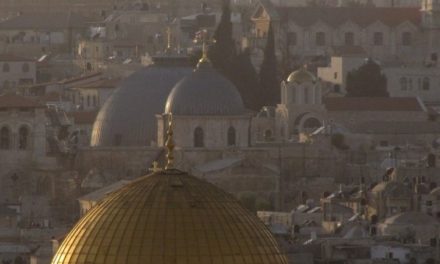 Student Perspectives on Studying Abroad at ‘Home’ in Israel