‘Call of Duty 4’: The Evolution of Multiplayer 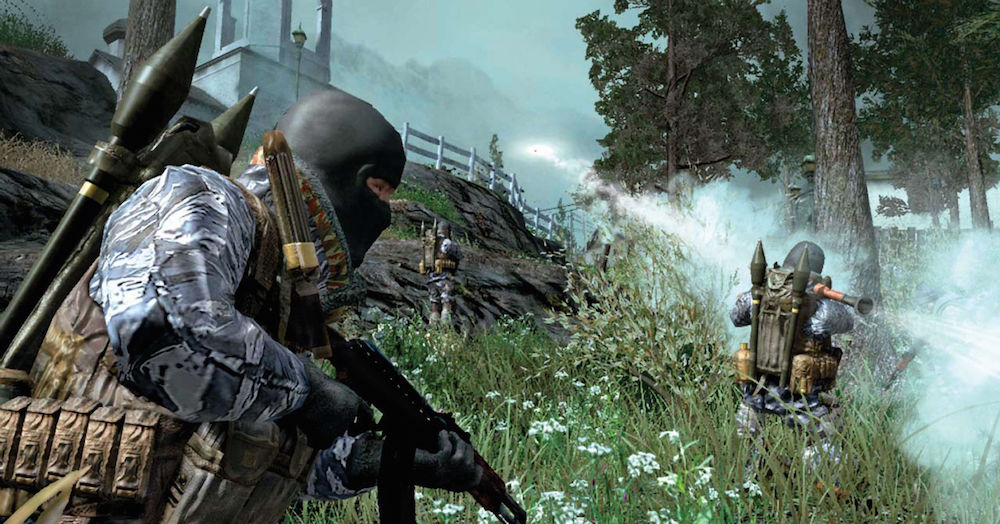 When people think of online Call of Duty today, they think of customizable killstreaks, jetpacks and every type of explosive they can imagine. The franchise has expanded in every direction possible, implementing more weapons and movements every year, from the simplest addition of more weapon attachments to the most game-changing mechanic, the exo-suit in Advanced Warfare and Black Ops 3.

And this has created a much more enjoyable experience for fans of the franchise, adding more to do in the game as well as a larger learning curve. Although some additions initially enraged serious players, such as the infinite-ammo grenade launcher trick in Modern Warfare 2 and the Second Chance perk in Black Ops (which gave you the ability to drop to the ground with a pistol rather than dying immediately), newly implemented ideas have, in most cases, been improved upon and sometimes even revoked from the games. Treyarch Studios, the developer of Black Ops, added an online patch to the game a few months after its release that made headshots and shotguns immune to the Second Chance perk, which made my life, as well as the lives of other players, easier and less stressful.

However, in the midst of all the additions and patches, people tend to forget how the online craze started. Call of Duty 4: Modern Warfare was the game that blasted the franchise off its feet. Before this game, Call of Duty was a typical, World War II era game that focused more on campaign than anything else. Call of Duty 2 had fun, close-quarters battles in its multiplayer, but there wasn’t enough variety — the game just seemed to repeat itself. Call of Duty 3 tried to take a real jab at online multiplayer, adding vehicles and numerous preset classes for players to use, but the maps were way too big, and there was no real goal, so Call of Duty 3’s multiplayer felt like a slow, boring remake of Battlefield 1942’s multiplayer.

Infinity Ward, the developers of Call of Duty 4: Modern Warfare, took the franchise to heights that it needed to go. The game’s E3 trailer in 2007 took everyone by surprise. Rather than teleporting gamers back to the 1900’s and having them fight with outdated weapons, Infinity Ward decided to throw people into modern times in an attempt to make the game more interesting. At this point, people were already freaking out about the campaign mode in the game. We knew nothing about the multiplayer, and frankly, no one really thought about it since past Call of Duty games weren’t all that special.

But then the Multiplayer Perks Trailer came out. It was simple and consisted of a few players on a close-quarters map (many people hoped more maps would be like this), each having a different set of weapons and perks. At that point in gaming history, no one knew what a perk was, so Infinity Ward decided to make this short, two minute long video showcasing a few of the perks in the game so as to give players a real reason to get excited. The perks included C4 explosives, increased bullet damage, martyrdom (in which you drop a live grenade when you die) and more.

Not only did this trailer explain perks, it also briefly mentioned that players would be able to choose their weapons, weapon attachments, perks, weapon camouflages and even class names. Gamers were ecstatic for the game’s release, and for the first time, it was because of its newly improved multiplayer.

On Nov. 5, 2007, the game began selling rapidly as people scrambled to experience this new era of gaming. The best part about this was that once people started playing, they realized that the trailers and hype for the game were not too good to be true. In fact, Call of Duty 4: Modern Warfare was somehow even more exciting than portrayed in the trailers.

The primary weapons, on the other hand, were so customizable that there was a seemingly endless amount of goals to reach with them. Once you reached a certain number of kills with each weapon, you unlocked attachments, which simply consisted of red dot sights, silencers and ACOG scopes. With headshots came extra camouflages with each weapon, which comprised of six different options from the low-key desert and woodland camouflages to the more menacing digital, blue-tiger and red-tiger camouflages. Once you obtained the maximum number of headshots needed for every weapon in a subdivision, you unlocked golden camo for one gun in that class.

Obtaining these camouflages and attachments never seemed to get boring either, thanks to the diversity of the maps. You could stealthily snipe (or snipe close-quarters) on Overgrown one minute and the next  you could go on a shotgun or light machine gun rampage on Shipment. There was a balance to the maps in Call of Duty 4: Modern Warfare that had not been seen in any other game in the franchise.

Something that Infinity Ward did miss, though, was the more frequent use of night-vision goggles. There were some darker maps, but none of them were dark enough to a point where using the night-vision goggles was an advantage. A shortcut on a map in which using the goggles would be beneficial would have been a nice change of pace once in awhile, although competitive gamers would have hated it due to their desire for things to be simplistic.

The competitive scene became huge in Call of Duty 4: Modern Warfare due to the balance that it struck between simplicity and customization. The game had a simple basis and was easy to learn inside-and-out, but there was enough diversity in weapons, perks and maps to make it so that each competitive player could have a unique playing style. There was not one way to play. You could adopt a “campy” playstyle, in which you stayed back and played it safe, or you could take the other route and be more of a “rush” player, running up to the other team and causing chaos in their own base.

Playing styles also differed based on the game mode. Infinity Ward orchestrated numerous new modes into Call of Duty 4: Modern Warfare, from basic Team Deathmatch and Free-for-All modes to more intense and complex ones, such as Search and Destroy. In Search and Destroy, you had one life per round and had to either plant or protect a bomb. In another game mode, Domination, there were three flags, and players gained points by capturing and holding them.

The variety in weapons, maps, perks, game modes and customization all created a game that broke the barriers of multiplayer gaming. Call of Duty 4: Modern Warfare won numerous awards, including “Game of the Year” from Golden Joystick Awards and “Best Action Game” from the Game Critics Awards, and remains one of the only games to be overall truly more fun to play than its trailer portrayal. It is no wonder why this Infinity Ward installation changed the way that multiplayer games would be played from then on.