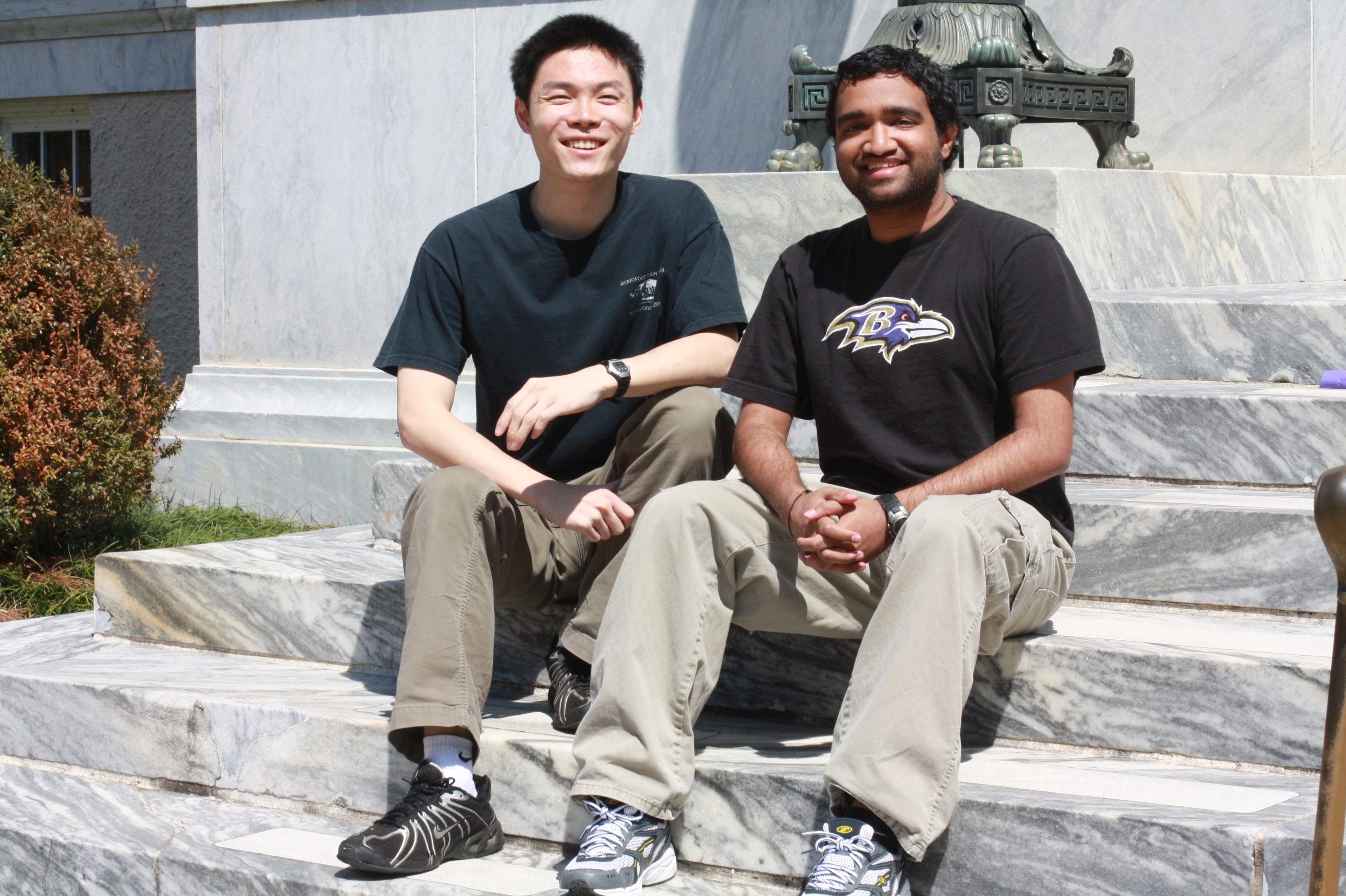 Two years ago, College seniors Parth Sheth and Le Zhong attended the Global Health and Humanitarian Summit, never expecting that they would leave with the idea to start their own business. Once there, they met a survivor of 30 surgeries. After talking to Neil Shulman, associate professor in the Department of Medicine at Emory University Medical School, and Jorge Juncos, associate professor of Neurology, they began to wonder what gave this person, an outlier, the advantage to survive. If the same treatment could be applied to others in order to increase their chances of survival, the positive impact on the medical world would be enormous.

Sheth and Zhong’s experiences led to the formation of Aggregating Outliers, which looks to improve the treatment of chronic illnesses by studying outliers. Outliers are patients who experience unusual responses to interventions or do statistically better in rehabilitation than the average patient. By studying and analyzing the reasons the patients developed these irregularities, Aggregating Outliers hopes to potentially reveal breakthroughs in the understanding of illnesses. This kind of information is lacking in the field of medicine, Sheth said.

Aggregating Outliers is working to compile a variety of data from patients suffering from a terminal disease. Sheth and Zhong look to doing so by creating a social network for patients where, in addition to receiving support for their trials, they would voluntarily fill out surveys about the treatments they’ve tried and their results. The two college seniors are currently working on developing the website and creating effective surveys. With this database, Aggregating Outliers would then analyze and compile the data to effectively identify the outliers, carefully deciding which data is relevant.

This is what makes their company unique. Data on outliers, described Zhong, is difficult to obtain and not readily available because it is scattered or not properly recorded. Aggregating Outliers would act as the intermediate, selling the information in their database to researchers, academia or pharmaceutical companies. With this initiative, Zhong and Sheth look to increase the efficiency of research and drug development, thus hopefully making the drugs cheaper.

Zhong and Sheth have collaborated with many resources on Emory’s campus along the way. Juncos has given them business advice and put them in contact with investors and potential clients. Zhong and Sheth have also approached specialists in data analysis to investigate how to create the most effective surveys. Additionally, they have reached out to Emory Venture Lab, a division of the Office of Technology Transfer, that funds start-up businesses from Emory.

Currently, the duo is hard at work approaching sponsors and trying to get investments. In addition, they are ironing out the creases of their corporate structure and developing questionnaires for patients with different diseases. These questions, they explained, have to be strategically designed to extract the maximum amount of statistical data in the shortest period of time. This efficiency is necessary because they estimate patients to spend a maximum of three minutes per question. To accomplish this, they have been looking at similar questionnaires and plan to adapt their surveys through trial and error.

Using Emory as a starting point, their plans for the future include collaborating with other non-profit organizations with relevant data, spreading their presence around America and eventually gaining momentum on a global scale.

Both Sheth and Zhong also hope that their actions will foster further entrepreneurial ambitions among Emory students. They encourage students to break out of the “Emory bubble” and embrace real-world situations.

“We’d like to challenge students outside the classroom, outside Emory itself,” Sheth said.

Despite the risks, entrepreneurship can only enrich students’ lives, they added. With the help of Emory’s resources, students will learn how to approach investors for money, network and learn about the burgeoning field of Medical IT. It isn’t necessary to be in the Business School to dream big, they stressed. All that is necessary is passion and belief in your idea.