‘Bullets and Nooses’ Sheds Light on Blackness in America 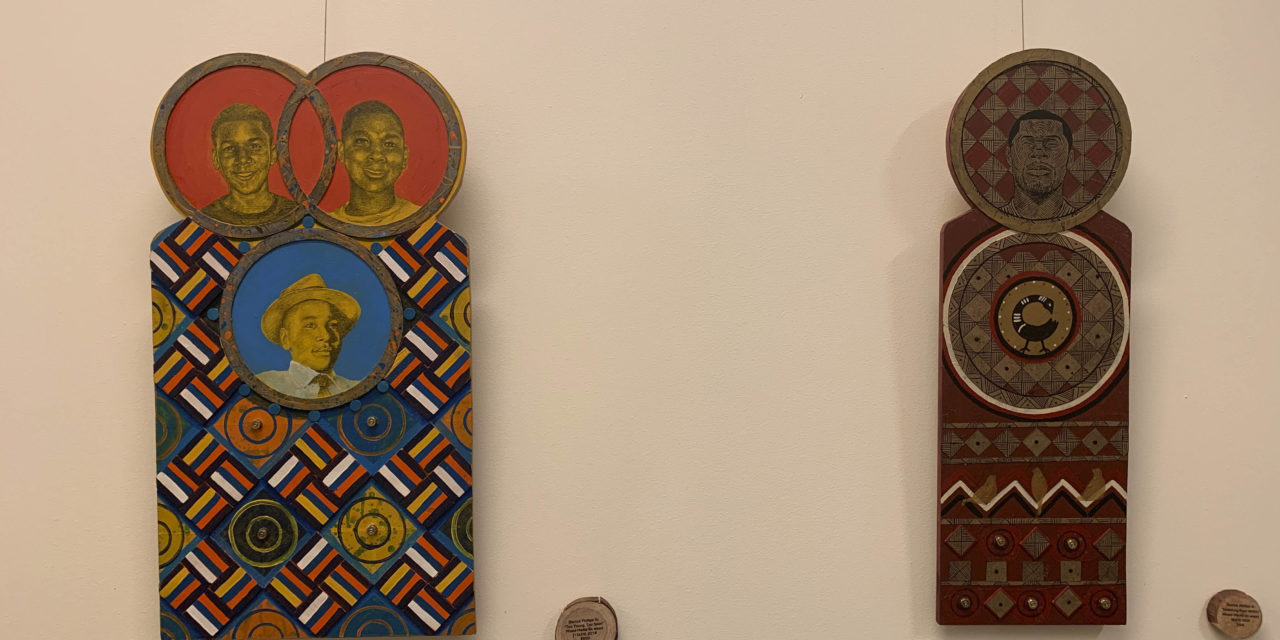 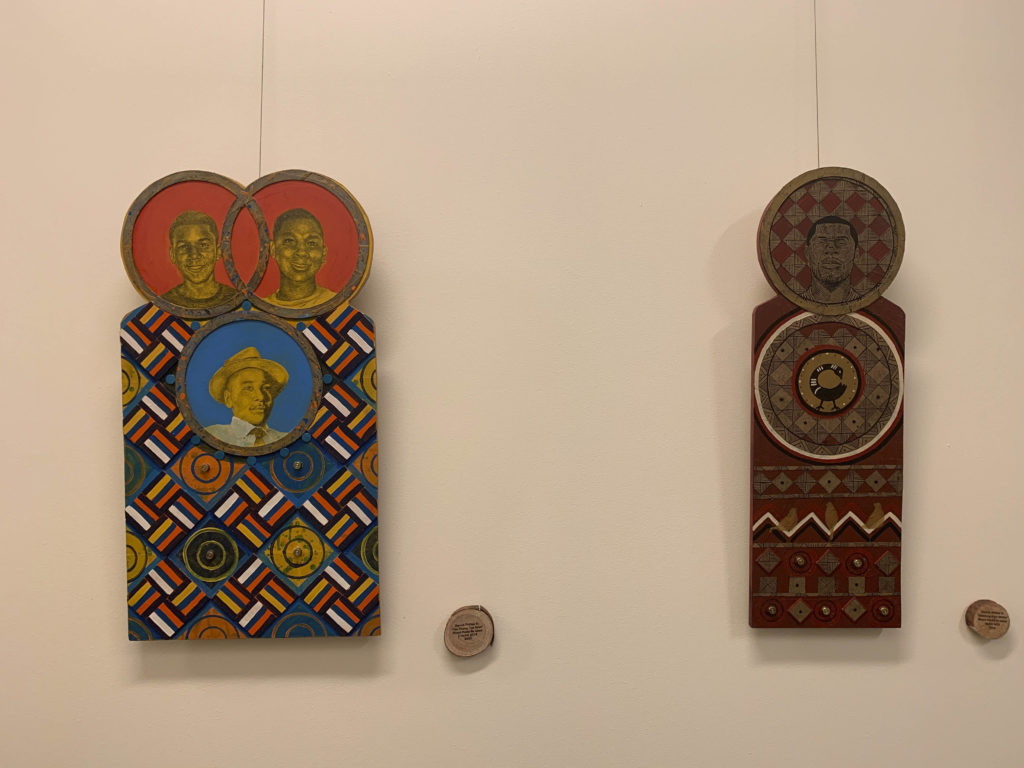 Blackness is beautiful and becoming more celebrated in America today, but the acts of violence against black people smears their blood and horror throughout the pages of American history books. In celebration of Black History Month, the Emory University Center for Ethics opened “Bullets and Nooses,” an exhibit highlighting blackness in America. “Bullets and Nooses” features works by Atlanta-based, mixed-media artist Derrick Phillips Sr. who tells a narrative of black struggle, resilience and strength. Police brutality and the lynching of black people are often thought of as two disparate forms of violence, but the artist shows that these two acts are essentially linked throughout American history.

Phillips’ work defies traditional four-sided canvas paintings. Displayed in the exhibit are 16 of Phillips’ pieces, most of which are creations of mixed media on wood. Every one of his works in this series is uniquely nuanced but contains similar themes and patterns. The majority of them feature a person, whether it be Phillips himself or other well-known African-Americans, such as Nina Simone and James Baldwin. The subjects are often surrounded by ropes and bullets, as if they are trapped. Though their faces reflect pain and struggling, they also show hints of perseverance and courage.

As the title of the exhibit suggests, ropes and bullets are undoubtedly the focus of this series. Initially, the bullets are indistinguishable among the different geometric patterns that make up the background of each piece. Upon closer inspection, it is obvious that each of the gold circular inlays are .22-caliber bullet shells. In contrast, the ropes are weaved through the edges or tied around the necks of each subject. The nooses are striking and this lynching imagery makes Phillips’ artwork more personal and raw.

The ropes also recall necklaces, a parallel that plays a critical role in the series. Phillips uses the double imagery not only to pay respect to those who’ve been targeted by lynching and police brutality, but also to analogize the Christian practice of wearing the cross to remember the crucifixion of Jesus. Phillips includes crosses in the background design to further highlight this religious parallel.

The symbols of the bullet, rope and cross work in conjunction with other motifs that caught my eye in the exhibit. The circular shapes in some of Phillips’ pieces reminded me of two things,a target and a shield. This further emphasizes the reality of the continued racism in America as African-Americans are continually the targets of acts of violence. The shield motif stresses the strength and resilience that African-Americans exude in response to this marginalization. Phillips’ displayed work often contains birds and dismantled U.S. flags, evoking both ideas of a broken nation with a horrific past and a necessary hope for peace.

Ethics and Arts Program Director, Carlton Mackey, pointed out that the exhibits at the Center for Ethics often fly under students’ radars. To coordinate the display of such exhibits, the program curates works from notable artists across Atlanta. Mackey stated that although the setting differs from a traditional art exhibit space like the Michael C. Carlos Museum, it is definitely worth a visit.

“When I walk through the exhibit, I am initially left in awe at the amazing craftsmanship and detail,” Mackey said. “The prominence of the ropes mixed with the subtle details of the bullets point to much deeper messages of pain and promise, defiance and divinity, and oppression and creative resistance.”

The exhibit has garnered attention from members of the Emory community.

John Banja, a professor in the Center for Ethics, told the Wheel that the shape of the images and the religious allusions found in Phillips’ artwork reminded him of the “iconostasis of Greek Catholic and Greek Orthodox churches.”

“On a few [pieces], Mr. Phillips’s painted a halo around the subject’s head, which draws on the religious symbolism both he and an iconostasis want to convey,” Banja wrote in an email to the Wheel. “Remarkably, most of the figures on the iconostasis depict saints who were themselves murdered (for their faith) and hence bear a connection with the themes of forgiveness and transcendence that Mr. Phillips wants to convey in his extraordinarily moving pieces.”

“Bullets and Nooses” is a well-needed exhibit during Black History Month to help us reflect upon the lives and history of African-Americans in this country. The artwork is thought-provoking and tells the narrative of black people struggling and fighting to survive in a nation that antagonizes them. This exhibit rewrites the pages in American history books through art from a different perspective and highlights the courage and vigor of the African-American community. “Bullets and Nooses” will remain open until March 13 and will continue to tell the story of how black people persistently rise and fight through the blood shed, horror and violence.