Bronze Radio Return Looks ‘Up, On & Over’ Their Adventure 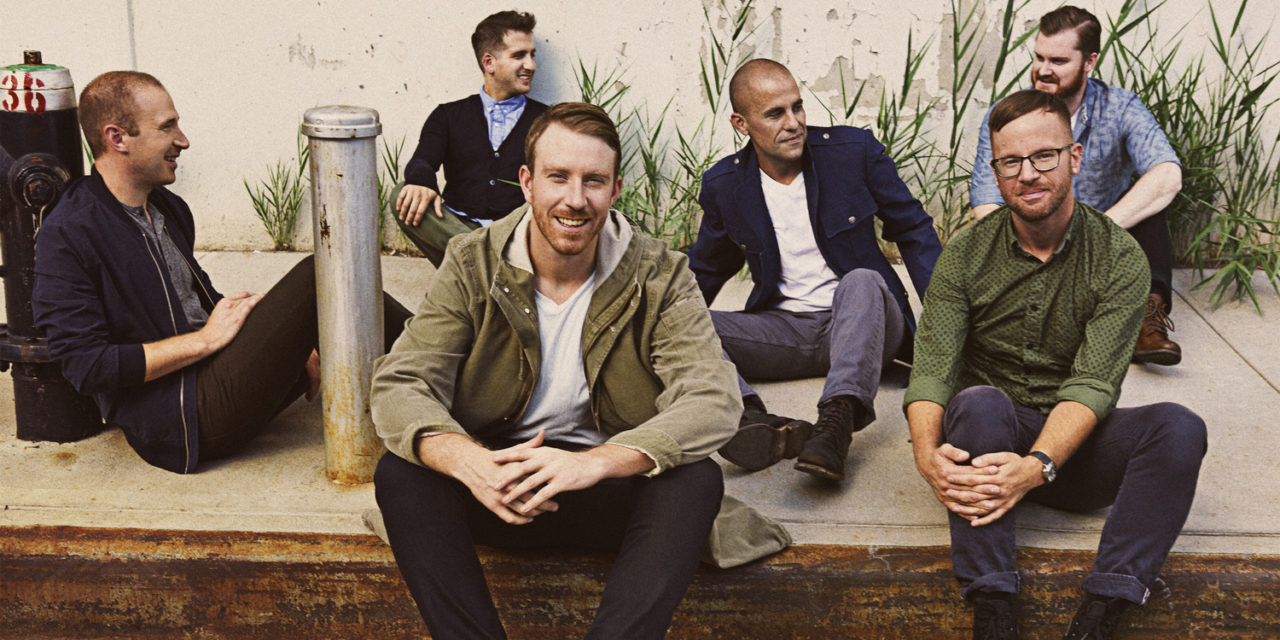 Formed in 2007 by frontman Chris Henderson while attending the Hartt School of Music, Bronze Radio Return steadily rose to fame with impossibly catchy, feel-good hooks. The Wheel interviewed Henderson over the phone about the band’s creative process and a green leather couch.

Anthony Chau, The Emory Wheel: Spotify and Pandora have been criticized for underpaying musicians, but you use them as a platform to gain visibility. Where do you stand?

Chris Henderson: The band chooses to see Spotify and Pandora as a promotional tool. I can’t tell you how many times people have … said, “I found you on this Spotify playlist,”… so it certainly heightens the awareness of the band, which is what we’re trying to do as a younger band.

People often overlook how that can get monetized. Sure, how many times they listen to our song on Spotify isn’t going to pay our rent, but you monetize ticket prices, shirts — there are other ways to see revenues. On the flip side, there should be a restructuring of how Pandora and Spotify do streaming rates because it’s more apparent than ever that this is how people are listening to music … I’m excited to see where things get pushed and how we can better compensate artists.

EW: Who are your musical influences?

CH: We try to encompass different genres and flavors. [There are] elements of folk music, indie rock, Americana. If somebody were to just listen to one song, they might hear one element more than the other. We mix it around, so it’s hard to put one overarching word or a couple of keywords [on it].

I grew up in a household that listened to blues music — Muddy Waters, Eric Clapton. Guys in the band studied jazz in school … We have guys who are into old-school hip-hop … It’s like a kitchen sink where all the stuff collects and drains there … All of our backgrounds get mashed together and Bronze Radio Return is the result of that sound.

EW: Your creative process is unconventional — you go to isolated areas and record for hours a day. What is that like?

CH: It’s crucial … to have separation because it’s very easy to get holed into everyday routines … We leave behind our families … we miss them dearly, but we’ve all agreed when it comes time to put together a body of work, we’re gonna put forth our best effort by temporarily shutting off those distractions and focusing on putting out something awesome … Being in a new environment, the heightened sense of awareness adds new energy.

EW: Are there songs that surprised you with how popular they became?

CH: We were fortunate to have “Further On” [featured in] movies, commercials — a song we weren’t even going to record. … The last song we recorded for our album, Up, On & Over, … our producer said we should record it, so we did in the last couple days and there was already a placement for it before it was finished.

EW: Is there a specific quality about songs that draws people’s attention?

CH: That’s the million-and-a-half-dollar question. Everybody is drawn to songs in different ways — because of lyrics, because they can dance to them, because there are cool sounds, great production … We try to incorporate those elements because cutting through the noise is one of the toughest parts. We live in an exciting time — there’s so much music and access, — but when you’re recording you think, how will people remember this, how will people not entirely forget about the song we just worked really hard on? So that’s something we’re working to get better at with every album — how do we connect and make sure our songs are memorable.

EW: How has your band developed over the past nine years?

CH: One of our initial goals … was to not have to do a nine-to-five day job, so [it] was a progression to get to a point where that was a reality. It’s been great [since starting] off — we played clubs with four people, then 10 people and the crowds grow. We’ve been fortunate enough to be a part of some rad festivals … have our music played in TV shows, commercials, movies, travel the country and Europe … The word that I like to use is the adventure of it, and our adventure is allowing us to be creative, travel and do some pretty cool shit.

EW: What is your favorite venue that you’ve performed at?

CH: Bowery Ballroom in New York City. I like the size and sound of the room. … It’s just one of those spots that people pass through.

It also is a beacon of progress for us over the years. Hartford isn’t too far outside of New York City. We started playing in New York City in some pretty small rooms, worked really hard at developing a crowd there and being able to play in the Bowery feels like progress. It’s great.

EW: What is the coolest experience you’ve had?

EW: What can fans expect when they see you in concert?

We’re really happy that our music attracts wonderful people, so I would anticipate great energy in the room. Bring your dancing shoes — it’s gonna be a blast.

*This interview has been edited for clarity and length.