Brockhampton Stuns Fans at the Roxy

As the opulent chandeliers gleamed above the Coca-Cola Roxy Stage, Brockhampton appeared, glistening under the flashing lights, and approached the shouting crowd on Oct. 14.

The Los Angeles-based band formed when producer and founding member, Kevin Abstract, took his passion for music to post in the forum “KanyeToThe” and asked if anyone was interested in creating a boy band. Brockhampton’s debut studio album, “Saturation,” was released on June 9, 2017, and received general critical acclaim. Shortly after, “Saturation II” was released on Aug. 25, 2017; again it was met with positive reviews. The band finalized the trilogy by releasing “Saturation III” on Dec. 15, 2017, which was praised as the best album. Brockhampton’s style of hip-hop and rhythm and blues landed them a multi-million dollar deal with RCA records, leading to the release of “Iridescence” on Sept. 26.

Cheers roared as Abstract first walked to the front of the dark stage and into a spotlight. He stood in silence until a grin broke across his face; harmonic strings filled the venue. The band’s first song, “Weight,” combined transparency and honesty with Abstract’s smooth rap. His honest lyrics about his sexuality and struggle with pressure that symbolizes the “Weight” he carries. After Abstract’s verse, the song broke down into various scratches while other band members — Dom McLennon, Merlyn Wood, Bearface, Joba and Matt Champion — rushed onto the stage.

As the music died down and the lights dimmed, Brockhampton stood on a silent stage. Each member, wearing an all-black outfit and a huge grin, introduced himself. The stage became lively yet again when the band began jumping and vibing to the start of “New Orleans.” The hard drums and elemental beat brought a more electronic sound, which was matched by wild head throbbing and Joba’s tight, high-pitched voice. Bearface’s voice was soft and mellow as he sang the bridge, which was followed by Matt Champion’s clean, cutting rap. Joba and Wood seemed to reach further by not only dancing to the hard beat, moving an inch at a time, but also conveying their emotions through their crazy yet clean dance moves and polished delivery.

Brockhampton didn’t just highlight their new No. 1 Billboard 200 album, “Iridescence;” they also took it back to their critically acclaimed trilogy, “Saturation.” This throwback induced roars and mosh pits. The stage was shining gold as “GOLD” from “Saturation” began with the catchy phrase “keep a gold chain on my neck, fly as a jet, boy, better treat me with respect,” backed by a heaving bass and a simple, broken-down jazz melody. As if that song wasn’t enough to get the crowd pumped, the introduction to “GUMMY” on “Saturation II” caused chaos in the pits. “GUMMY” started off with the ballad but soon transitioned from a sweet song to a frantic sound as the members ran across the stage and danced to the beat. Soon after, Brockhampton performed a beautiful remix of “BLEACH,” one of the best songs on the “Saturation” trilogy. After Ryan Beatty’s amazing high-pitched chorus, each member sat on stage and slowly came forward into a spotlight for their verses. In Wood’s verse, “Bound 2” by Kanye West was replaced by the background of “BLEACH,” which fit like a puzzle piece along with Wood’s voice and Beatty’s harmony. Not only was Wood’s verse dazzling, but McLennon stole the show with his vocal twists. He slowly crescendoed through his verse until he reached the climax, when he started shouting with emotion and ended with an alluring harmonic vibrato.

The boy band returned for an encore to announce that they were tired of Los Angeles and were moving to Atlanta. This may seem like breaking news, but fans should take it with a grain of salt as Abstract is known for not always delivering. Time will tell if Atlanta will be their home, but for now all fans can do is hope.

Brockhampton’s execution in their live performance could not have been better. They performed a variety of songs, switching from their new album to their “Saturation” trilogy, as well as recent singles “1998 Truman” and “1999 Wildfire.” This shows how prepared and dedicated Brockhampton is to producing music, especially with their new album, which marks a new beginning after the departure of one of their core members, Ameer Vann. Without a doubt, the members of Brockhampton poured their hearts out into the performance at the Coca-Cola Roxy. 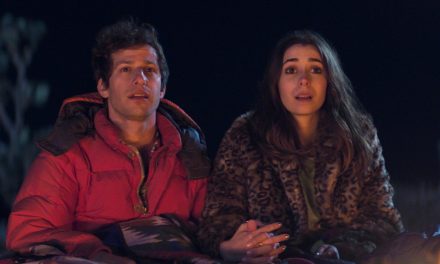