Breonna Taylor and the Odious Injustice of Qualified Immunity

Breonna Taylor should be alive today, and the officers responsible for her death should be facing criminal charges for murder. But she’s not, and her killers will likely evade direct punishment for her death due to an outdated, malicious legal doctrine: qualified immunity.

On March 13, police officers killed Taylor, a 26-year-old Black woman, while executing a no-knock search warrant at her home in Louisville, Kentucky. Taylor and her family have not received justice for her killing, even though more than six months have passed since her death. Kentucky Attorney General Daniel Cameron recently decided to charge Brett Hankinson, only one of the three officers, with wanton endangerment for firing shots into Taylor’s walls that jeopardized the safety of her neighbors. Officers Jonathan Mattingly and Myles Cosgrove, who also fired indiscriminately into Taylor’s apartment, face no charges.

Black, Indigenous and people of color (BIPOC) bear the brunt of police brutality despite being no more likely to commit a crime. Studies show that Black men are over twice as likely as white men to die by a police officer’s hand yet are twice as likely to be unarmed. Law enforcement kill Native Americans at a higher rate than any other racial or ethnic group in America. Throughout the last several months, protesters have fought valiantly to secure justice for Taylor and so many other BIPOC individuals murdered by police officers. Qualified immunity, however, allows them to escape accountability for their atrocities.

Qualified immunity, a judicial precedent that protects police from criminal prosecution, was solidified in Harlow v. Fitzgerald as a legal standard designed to shield government officials from lengthy civil trials for potentially illegal action. Police departments began using qualified immunity to protect officers from civil lawsuits, which are the typical route for citizens seeking accountability against government officials for excessive use of force. As a result, qualified immunity has become a legal loophole that absolves police officers of their killings. Victims are rarely able to surpass the threshold of “clearly established” violations and consequently cannot hold police officers accountable for misconduct.

Although the court eventually dropped the charge, Kenneth Walker, Taylor’s boyfriend, received the only indictment in the case thus far. His alleged crime? Attempted murder. Walker shot Mattingly in the thigh during the chaos that ensued after the police forcibly entered Taylor’s home. Mattingly, who is on administrative leave, is expected to make a full recovery. The court’s unjust ruling demonstrates how qualified immunity protects police officers, even when they murder innocent civilians. Citizens like Walker, who fire against the police in self-defense, do not receive equivalent legal protection. All Americans must advocate for the abolition of qualified immunity, as well as for measures to improve police accountability so that victims and their families can achieve real justice. 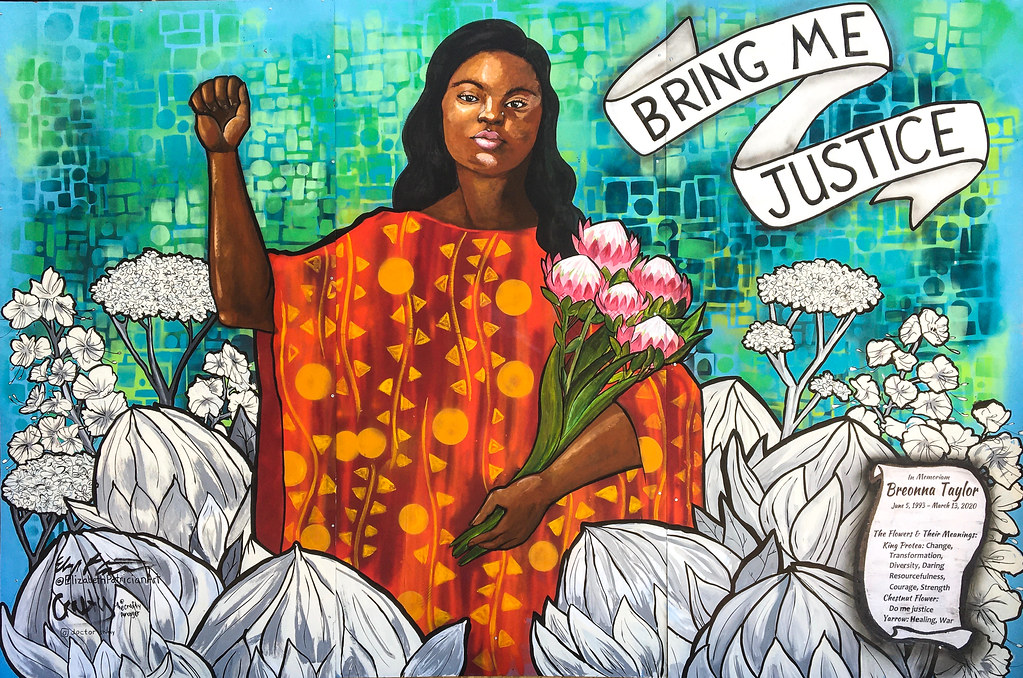 In May, Louisville officials banned police officers from using no-knock warrants in response to nationwide protests over Taylor’s killing. They did not, however, ban qualified immunity. As long as qualified immunity remains in practice, police officers will continue to evade righteous punishment. To date, Colorado is the only U.S. state that has banned qualified immunity. Colorado’s decision is a crucial step in the fight against police brutality, as are other reforms that various states have chosen to implement, such as the banning of chokeholds and use of deadly force for nonviolent acts.

While such police reforms are a necessary first step, an overwhelming number of police departments have resisted protesters’ demands. Police officers across the country argue that the fear of legal recourse compromises their ability to effectively police citizens. Since June, police chiefs from 12 major cities have abruptly resigned, with many expressing unwillingness to comply with suggested reforms.

The idea that ending qualified immunity would burden governments with frivolous lawsuits falls flat when arguing for greater accountability for police. Federal court rules — such as standards of pleading — already prevent unsubstantiated allegations from making it into court. By dismissing alleged cases of misconduct as “frivolous,” the legal system essentially considers the loss of BIPOC lives at the hands of police to simply be collateral damage and worth no further investigation.

Our current criminal justice system protects police officers who brutalize and murder innocent citizens with qualified immunity and thereby helps them escape accountability. When officers break the law, they must be subject to the same penalties as civilians.

Every state must follow Colorado’s lead and ban qualified immunity, as should the federal government. All states must enact more laws that ban chokeholds and other abuses of power by police to grant real protection to U.S. citizens. This ban will by no means solve the manifold problems of policing in America, but it will nevertheless constitute a step toward justice for the families of Taylor and countless other victims of police brutality.