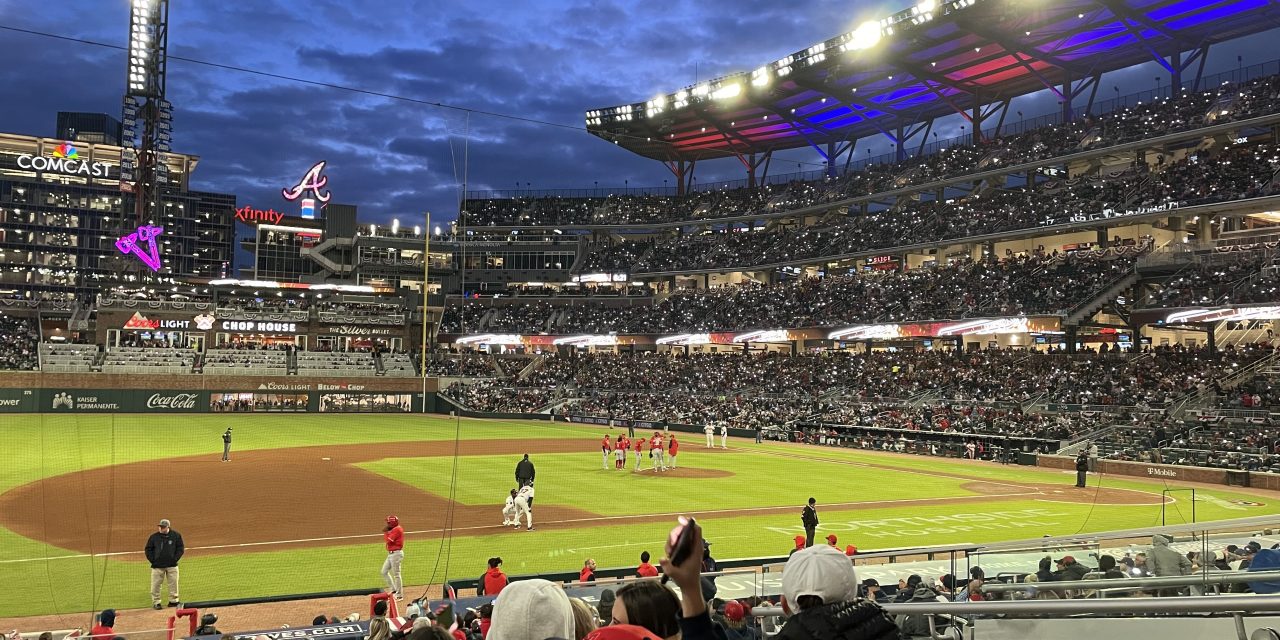 On Nov. 2, 2021, the Atlanta Braves became World Series champions for the first time since 1995. Atlanta sports fans rejoiced knowing the Braves had just ended a difficult spell for Atlanta sports. After the heartbreak of the Falcons 28-3 Super Bowl choke, the Bulldogs’ multiple losses to Alabama and the Braves choking a 3-1 game lead in the 2020 NLCS, Atlanta is finally a city of Champions again. It only took a couple of months for the Georgia Bulldogs football team to follow suit and finally beat Alabama en route to their first National Championship since 1980.

Since the World Series, the MLB has been in flux. The end of the collective bargaining agreement between the MLB Players Association and the MLB and the failure to agree on a new arrangement resulted in a 99 day lockout. However, a new deal has been signed and baseball returned on April 7.

From one first baseman to the next

The Braves geared up to defend their title; however, the team is decidedly different from the 2021 World Series squad. No change is more important than the offseason loss of first baseman Freddie Freeman. Drafted by the Braves in the second round of the 2007 draft, Freeman was the longest tenured member of the 2021 championship team. As a five-time NL All-Star, 2020 NL MVP, and World Series champion, Freeman will go down in history as one of the greatest Braves players of all time. However, Freeman signed a six-year contract with his hometown team the Los Angeles Dodgers and it will be tough to keep the team’s culture strong without him.

Coming to Atlanta to fill Freeman’s spot at first base is the Braves biggest offseason addition: former Oakland Athletic, Matt Olson. In exchange for the Atlanta native, the Braves sent the Athletic four promising prospects: outfielder Christian Pache, catcher Shea Langeliers and right-handed pitchers Ryan Cusick and Joey Estes. Olson made the American League All-Star team in 2021 and finished with a career-high 39 home runs. Although Olson has big shoes to fill left behind by Freeman, Olson has the talent and provides a new spark as the team looks to repeat.

Reemergence of Soroka and Acuna

Atlanta’s magical postseason run last season was done without some of their best players. Outfielder Ronald Acuña Jr., already one of the game’s best and most promising players at 24 years old, tore his ACL in July and was unable to play the remainder of the season. Acuña was the 2018 NL Rookie of the Year and has already made two All-Star teams. Acuña’s return is scheduled for May which will make the team even more elite.

Despite recent headlines that Acuña had rifts with Freeman while they were in Atlanta, Acuña is ready to be the number one guy in the clubhouse and lead the team on the field this year.

Acuña wasn’t the only key piece of the team missing from the 2021 World Series win. In 2020, starting pitcher Mike Soroka tore his Achilles and had to get surgery. As he was rehabbing to return from the injury, he tore his Achilles again. Soroka made the 2019 All-Star team and finished that season 13-4 with a 2.86 ERA.

The Braves cannot expect a lot from Soroka right away as he has only pitched in 3 MLB games since 2019, but the 24-year-old still provides hope and potential for the future. If Soroka can return to similar form from before his injury, the Braves will get back a top pitcher with loads of potential.

Although it seems crazy, the Braves have a better and healthier roster now than they did when they were crowned champions six months ago. Key losses during the offseason included fan-favorite outfielder Joc Pederson who signed with the San Francisco Giants, outfielder Jorge Soler who signed with the Miami Marlins, and Freeman. Soler provided clutch home runs in games four and six of the World Series, which gave the Braves the lead and cushion to win those games and the series, securing him World Series MVP honors.

Despite these players switching teams, their replacements will provide additional strength and depth for the Braves. The Braves signed relief pitcher Kenley Jansen to a one year, $16 million deal after he spent 11 years with the Dodgers including three All-Star appearances. Outfielder Marcell Ozuna also returns to the team after he got hurt and was later put on administrative leave for domestic violence allegations, serving a 20 game suspension that caused him to miss the team’s World Series run. Upon his return, Ozuna is off to a hot start so far, batting .333 with two doubles. The biggest addition of the offseason, though, is Olson.

The team’s young core is also all returning. Second baseman Ozzie Albies, third baseman Austin Riley and shortstop Dansby Swanson round out the infield. Albies and Riley are both only 25 years old, so the team’s future continues to be bright. Outfielder Eddie Rosario, who won the NLCS MVP, is back on a two-year deal, too.

The Braves are lucky to be in the NL East where their only real competition this season is the New York Mets. The Washington Nationals and Miami Marlins are both going through rebuilds, and the Philadelphia Phillies are still lacking on defense despite their big bats. The Mets signed star starting pitcher Max Scherzer to join Jacob DeGrom as the league’s top pitching duo, and the Mets have a stronger lineup now following outfielder Starling Marte’s signing. However, staying healthy has always been the Mets’ biggest challenge, and they are not off to a good start with DeGrom missing at least the first month with injury and Scherzer experiencing tightness late in spring training. The Braves’ postseason experience will be extremely valuable for them as September approaches and will ultimately lead them to another division title.

However, winning the National League will be even more challenging this year than it was last year. Atlanta beat the Los Angeles Dodgers in the NLCS to advance to the World Series in 2021. The Dodgers already had one of the most talented rosters ever, but it only got even stronger this offseason. Los Angeles signed Freeman from the Braves to join the league’s top talent including outfielder Mookie Betts and infielders Trea Turner and Max Muncy. The Dodgers will be the Braves’ toughest National League opponent again, but if they can find a way to get past them again, the Braves have a serious chance to win it all again in 2022. 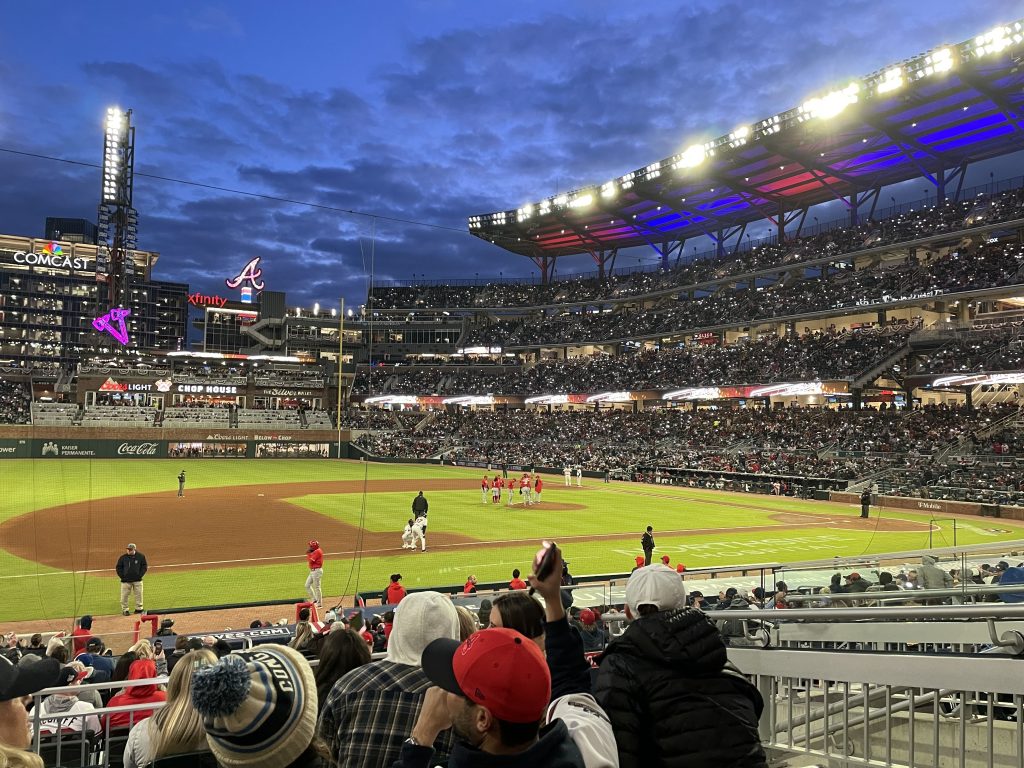 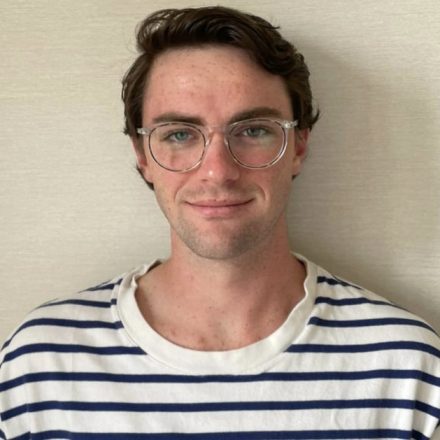