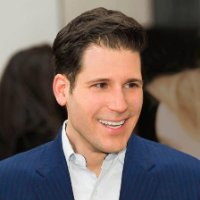 Bradley Feinstein (06C) is the co-founder of clothing startup Dropel Fabrics. Despite initially intending to pursue medicine at Emory, his psychology and linguistics double major led him into the consulting field. Before he hosted an alumni panel at this year’s Homecoming, he spoke with the Wheel about what he has learned from his time at Emory and in the business world.

I love the idea of solving problems. I like to believe that I applied that same line of thinking from what I enjoyed most about medicine into helping diagnose businesses.

I learned from my professional work experience that to start a company is a tremendous undertaking. The media and everyone portrays [starting a company] as an overnight success, but there’s a daily grind — a physical and mental strain. You literally have to be insane to do it.

This go-around, I’ve really tried to focus on work-life balance; it’s very important to maintain some sort of dynamic. It’s really easy to kind of dig in, remove yourself from the world and focus on your business. Entrepreneurship is one of the most intoxicating things. Once you get a taste of it, it’s really tough to go on to anything else.

There are a lot of peers or colleagues or general networks that we have access to. That’s really powerful, just the link being there. Everyone typically had such a great experience [at Emory]; it’s something you can share with others.

The friends, the network of people I have made and remain close with, is by far the most valuable thing Emory has given me. These people, to this day, are still influential in every facet — personally and professionally — in my life.

I think it’s really easy to call someone a friend. There’s a surface level idea of friendship. But the types of friends that I’m talking about and I’ve made, the relationships that I grew [at Emory], are the ones that are going to have an awkward conversation with you, are the ones that are going to spend the time to talk about something that makes them uncomfortable. There’s a true investment in personal growth.

Persistence is key. Don’t let anyone dissuade you if you want something. And, if you want it enough, go after it. I’m probably never the smartest person in the room, but I like to believe I am one of the most persistent. I am blown away by people’s fear or lack of trying. If there’s a company or a person or a job that you want, find their email. Everyone’s the same. Everyone went through it. Everyone started from the same point. That is something I realized when I was at Emory. You can shoot for the stars. I had always thought, “Why not me?” and “If not me, then who?” So don’t let anyone get in the way if you believe in [your dream] strongly enough. 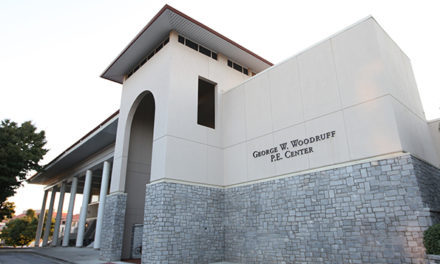