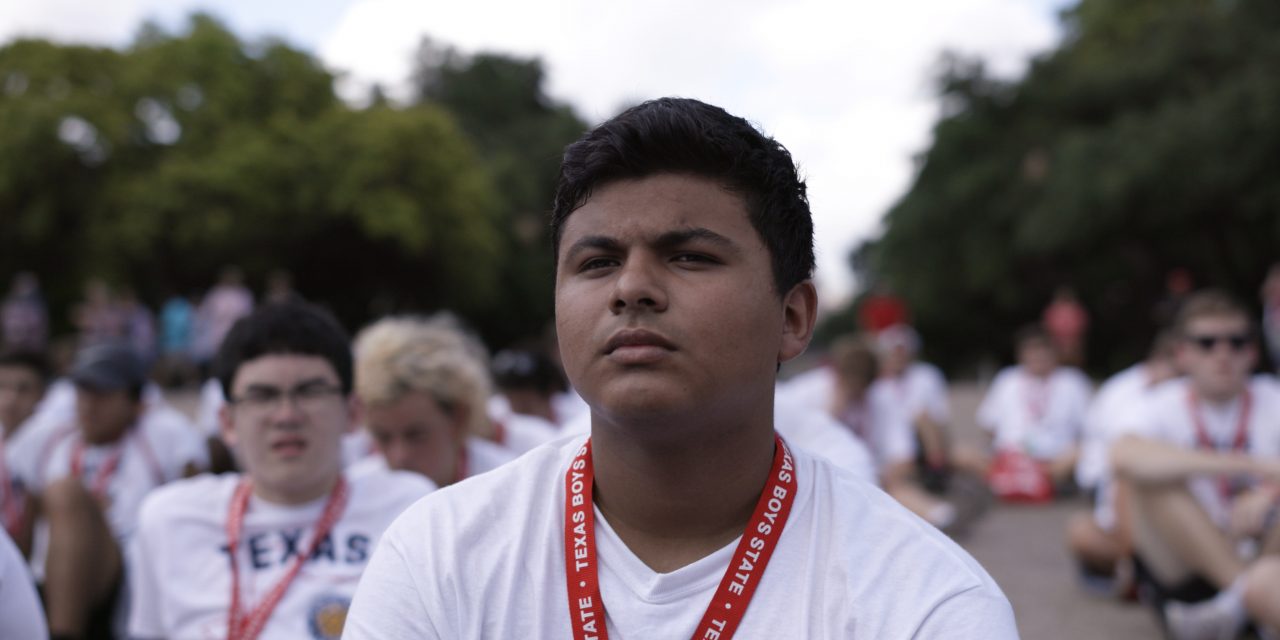 What could go wrong when one thousand Texan high schoolers participate in a government simulation? “Boys State,” the latest documentary produced by A24, chronicles the journey of Texan students as they participate in a week-long, mock political government program. In the documentary, filmmakers Jesse Moss and Amanda McBaine follow a diverse group of charismatic, hard-core and entertaining high school participants who lead the gubernatorial campaigns for the 2018 American Legion Boys State annual leadership program. Following these contestants over the course of nearly two hours is not only wildly entertaining but also a politically powerful experience.

The central objective of the Boys State program is to create a new political party with a corresponding political agenda, and then successfully run an election campaign for the coveted position of the governor of Boys State. The attendees are divided into two parties based on historical political parties — Nationalists and Federalists — and are tasked with voting for a party chair, creating their own agenda and nominating a candidate for the gubernatorial election.

The film finds its rhythm at the onset of the preliminary campaign speeches as the student candidates introduce their platform and themselves to the conference. Instances such as these speeches make it clear that despite their serious and mature proclamations, these are high schoolers. The distinction between serious ideology and comedic performance is sometimes difficult to distinguish.

One of the most thrilling characters to watch in “Boys State” is Steven Garza, the calm, quiet and collected son of an immigrant. Unlike many of the Boys State attendees, Garza is a self-proclaimed Bernie Sanders supporter and participant in Black Lives Matter protests. Despite these odds, Garza skillfully employs patriotic rhetoric to appeal to core American values shared by most Boys State attendees. Garza lauds hard work and respect for veterans as he queries in his first speech, “I want to know what is on your mind. … Will we show the world what patriots are made of?”

Other key figures in the film include students Ben Feinstein and Rene Otero, who serve as the district chairs for their respective parties. Feinstein is a Ronald Reagan-loving philosophical conservative who exemplifies the realpolitik mindset. Otero, my favorite attendee, joins Garza as a shining beacon of diversity in thought and race: as a leftist and Black man in a sea of white conservative Texans, Otero stands out with his charismatic confidence and razor-sharp rhetoric. As one of the few Black men at Boys State, he tactfully handles racial discrimination and bigotry against him and his campaign.

Although the movie itself does not have a protagonist or antagonist, certain people like Feinstein and gubernatorial candidate Robert MacDougal are depicted as manipulative and even malicious in their political schemings. At one point in the film, Otero moderates a debate session and prevents his opponent from speaking out of turn. Feinstein, a true Machiavellian, pounces and accuses Garza and Otero of biased and unfair moderation; Feinstein continues to bring up this event throughout the rest of the campaign period, much to the chagrin of Garza’s campaign.

In a Zoom interview with college media outlets, Feinstein admitted he had expected the film to simply portray the fun times he had at Boys State and the success of his campaign. He was surprised by how stressed and controversial his peers appeared in the final cut, and upon reflection, he disapproved of some of his own decisions. Feinstein’s reflection here adds an important layer to how this film reflects real political behavior — he felt as if he was doing well for both himself and his party, and having fun. However, the documentary paints a more grim picture of self-interest, mudslinging and power dynamics.

Although the program is a mere political simulation, the high schoolers in the film were willing to go against their own morals and beliefs for the sake of attaining political power, and look back at unethical betrayals fondly and wistfully. Unadulterated absurdity and duplicity of American politics are on full display for the masses to witness and gawk at. The expectation that these students should be kinder, more compassionate and more understanding of each other’s positions because they are young is habitually subverted by their behavior, representing a grand reflection on human behavior as a whole.

MacDougal said he “went into this with a cynical mindset, thinking that the whole room would be very red … [Garza] showed that you could run on what you believe and have those important conversations with those around you.”

MacDougal learned that, regardless of our political differences, coming together and having respectful, productive dialogues is still within reach. But “Boys State” also reveals the core political assumptions, insidious manipulation and racism that ground the United States more generally. With the election a month away, “Boys State” is a necessary and critical experience for everyone living in this country.

Most importantly, “Boys State” underscores the gravity of voting. Make sure to cast a ballot in the 2020 election — lest we wish to allow the Machiavellian politics of Boys State to dominate America.