Boyfriend Brings Her Insightful Rap and Vintage Lingerie to Emory 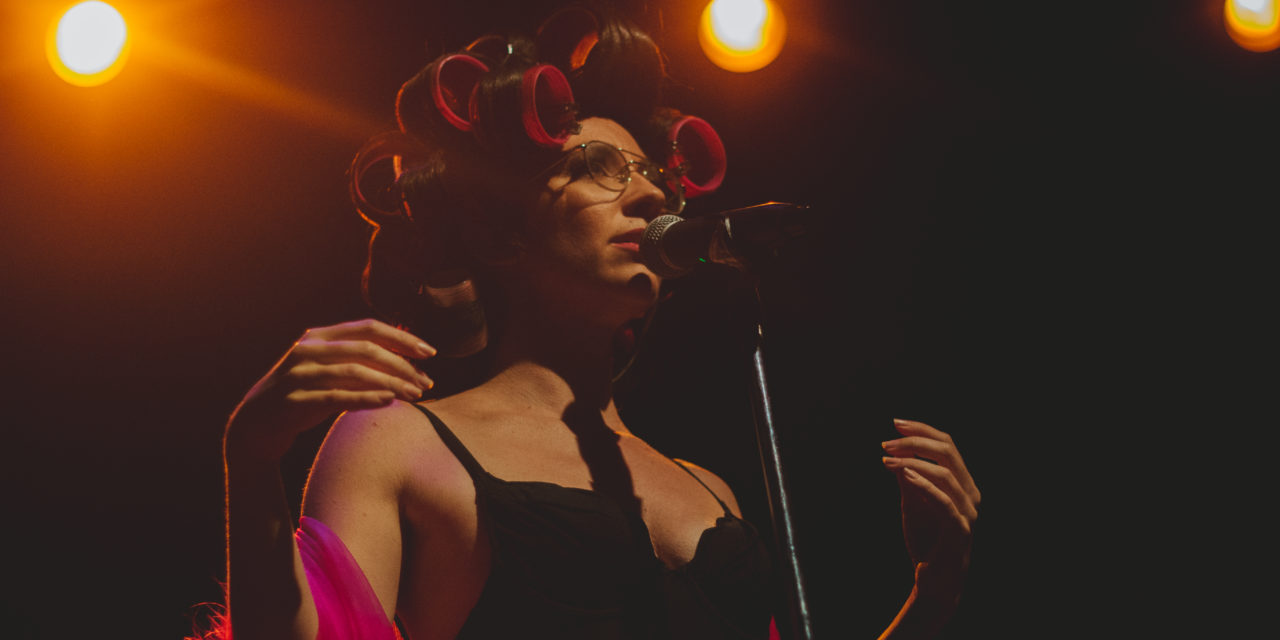 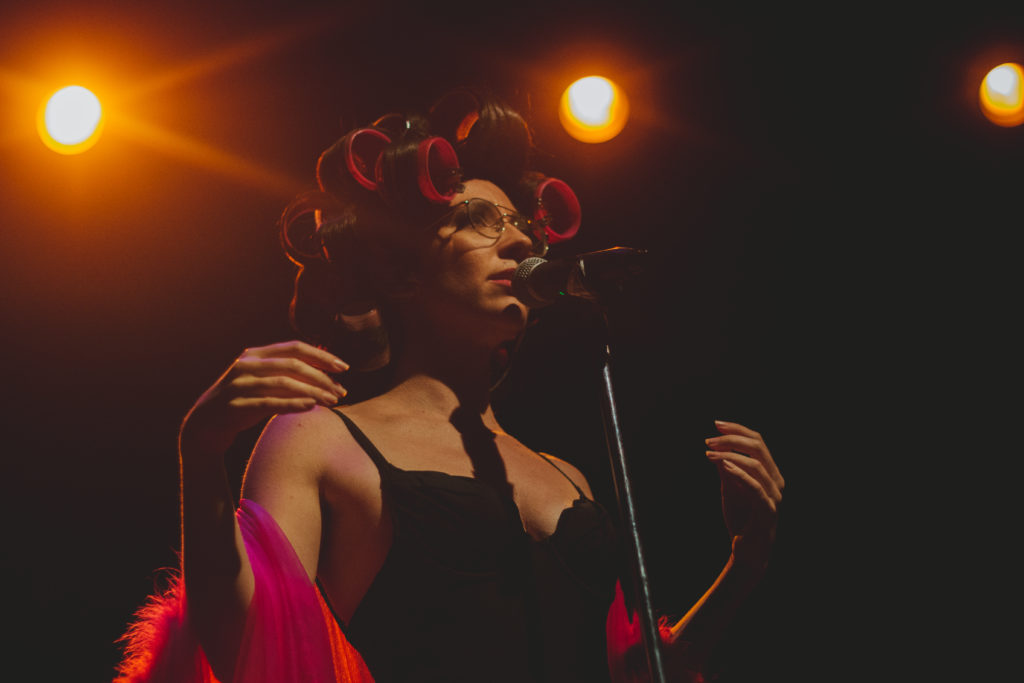 A woman dressed in a sequin gown and gloves gracefully twirled around the stage. Then she removed a glove. Slowly and seductively, she stripped until she was in nothing but her thong and pasties, and, despite her vulnerability, she never lost her aura of elegance and power.

Boyfriend, the provocative, feminist cabaret rapper, took stage at Emory’s Mary Gray Munroe Theater on Sept. 27 and 28 for an event hosted by Theater Emory. Suzannah Powell, who performs under the stage name “Boyfriend,” coined the term “rap-cabaret” to describe her work, which highlights her combination of music and theater.

The opening scene set a commanding, relatable and passionate tone for the rest of the show. Boyfriend demanded the attention of every single person in the room. Between her vintage lingerie, hair full of curlers and ability to rap at lightning speed, she managed to captivate every single audience member with her music.

Boyfriend’s performance perfectly toed the line between concert and theater, blending the two to create something even more powerful. The show was flooded with stimulation. Whether it was when Boyfriend walked on stage in a full wedding gown and veil, when she poured champagne directly into the mouth of an audience member or when she held “group therapy” and had the audience scream at the top of their lungs, Boyfriend made the stage her home. Her ability to break the fourth wall and create a more intimate space allowed the audience to feel like they were not only watching her perform but also playing a part in the performance.

The artist’s performance was about what it means to be a woman. Her music is angry, raunchy, emotional and incredibly relatable. She sings about everything from sex to equal pay, from menstruation to relationships. Through her undeniably feminist music, Boyfriend argues for gender equality and respect. Through its graphic and sexual nature, Boyfriend’s show implicitly challenged the shame that many women feel about their bodies and sexuality. She spun the restricting nature of society into a positive, saying that women should not try to hide themselves. It’s okay to be explicit and sexual and loud — Boyfriend’s music proclaims that there is no one right way to be a woman.

Most of all, underneath all the theatrics and humor, Boyfriend created an incredibly touching and universal performance. At one point in the show, standing center stage in her bra and underwear, she raised her hands above her head as another performer began to shave her armpits. Boyfriend sang, “Why won’t you love me?” a cappella until the shaving was done. The room was silent. She then asked the crowd, “Why do we work so hard to be beautiful?”

Amid all the fanfare of the rest of the show, raw moments like this drove home the truth Boyfriend was conveying: the world works hard to tear people down. Regardless of gender, sexuality, class, race or ability, people are constantly working to fit in. Boyfriend says that we should say no to these constraints and that we should embrace the ugly, the weird and the rejected because that’s what makes us unique.

The show delivered on all accounts. Perfectly balanced between concert and theater and between humor and humane, Boyfriend brought the audience together and demonstrated the importance of shedding societal expectations and embracing oneself. As she sang in the final song of her set, “We’re all gonna die someday,” so we might as well unapologetically be ourselves.