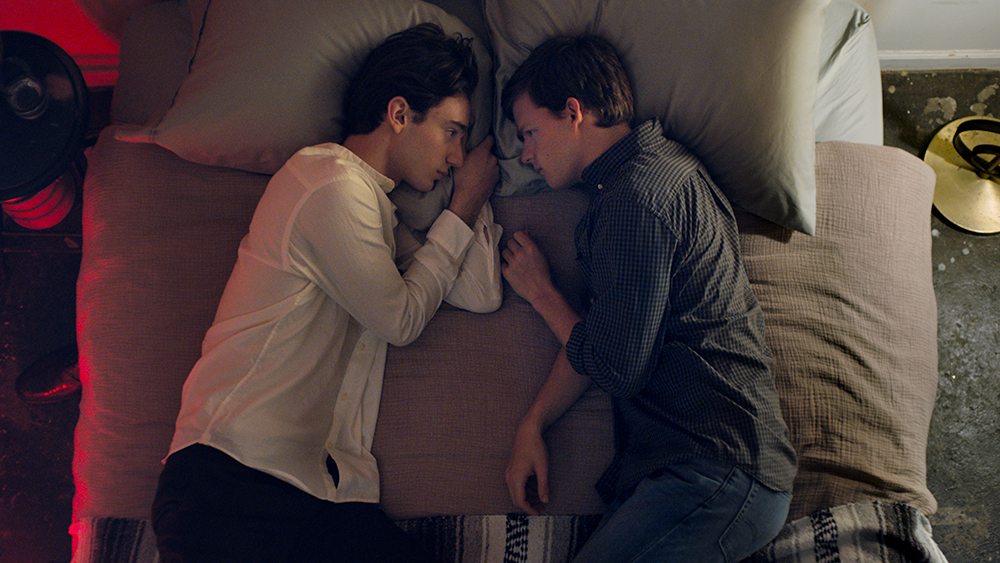 “Boy Erased” is unlikely to leave a single dry eye in theaters. Based on Garrard Conley’s 2016 titular memoir, the film is a relevant, heartbreaking look at conversion therapy. Its narrative structure and strong lead performances paint a tragic picture of a young man’s struggle with his identity and his religious upbringing. Although it does not extensively explore every facet of its narrative, the resulting film is still both a beautiful coming-of-age story and a reminder of the importance of acceptance and love.

“Boy Erased” follows 19-year-old Jared Eamons (Lucas Hedges) as he attends Love in Action, a gay conversion therapy program, at the behest of his father, who is a Baptist preacher (Russell Crowe). Jared clashes with the program leader (Joel Edgerton, who is also the film’s director) and attempts to come to terms with his past and his sexuality. His parents, meanwhile, must reconcile their religious views with the newfound knowledge that their son is gay.

The story of “Boy Erased” is told chronologically, but it is threaded with Jared’s flashbacks. These flashbacks reveal his difficulty grappling with his inner self and the trauma he has experienced. It is also revealed that, while in college, Jared was raped by a classmate (Joe Alwyn). This assault is shown to viewers in harrowing detail, but its long-term effects on Jared are largely left untouched by the movie. For such a serious subject, the film does not afford nearly enough time to fully expand upon the effects of the assault. Additionally, the film does not spend enough time developing its secondary characters, especially Jared’s peers in his conversion program. Their stories, which could have added another layer of depth to the film, are hinted at but remain, for the most part, untold.

Much of the film is composed of close-up shots of Jared’s face, which communicates the extent of his internal struggle, along with the pain he feels at Love in Action. The lack of bright light throughout most of the film, and the blue tint of many scenes, further emphasizes his sorrow. The gravity of Jared’s situation is underscored by dramatic orchestral music during particularly significant scenes. Right after these scenes, however, the film cuts away from the action, and the music abruptly stops, allowing the full impact of Jared’s experience to linger in the air. Similarly impactful is the recurrence of religious iconography in the film. Crosses remind audiences that the harm being done to those in conversion therapy is enacted under the pretext of religion.

More than anything else, “Boy Erased” is driven by its stellar performances. Hedges gives an outstanding, dynamic performance, not only delivering his lines with great intensity, but also communicating his emotions flawlessly through facial expressions. His portrayal of Jared puts him firmly in the running for the upcoming awards season. Another award-worthy performance comes courtesy of Nicole Kidman, who plays Nancy Eamons, Jared’s mother. Kidman perfectly captures the conflicted psyche of a woman torn between her religious beliefs and her love for her son. Both of these performances are key in making the film as moving and poignant as it is.

Perhaps the most heartbreaking part of “Boy Erased” is its ongoing nature. In the movie’s epilogue, text on the screen tells audiences that at the time of the film’s release, 36 states in the U.S. still allow conversion therapy, and to date, 700,000 individuals have been forced to undergo it. Jared’s story took place in 2004, yet, nearly 15 years later, there are still individuals suffering through similar experiences. And while Jared’s story ultimately has a happy ending, the same can not be said for others in his situation. “Boy Erased” is a stirring tale of self-acceptance and a startling reminder that conversion therapy is still all too prevalent in our society. The film suggests, however, that this practice could be avoided if we love one another and preach understanding instead of hate.