Four Emory College seniors were named Bobby Jones Scholars: Jason Ehrenzeller, Julianna Joss, Ekaterina Koposova and Joan Shang. The scholarship winners will pursue a paid year of master’s study at the University of St. Andrews in Scotland for the 2017-18 academic year, according to a Feb. 21 University press release.

The Robert T. Jones Jr. Scholarship was established in 1976 in honor of late Emory alumnus and acclaimed golfer Robert T. Jones Jr. (29L). Inspired by Jones’ diverse interests and international experiences, the award honors the close relationship between Emory University and the University of St. Andrews via a yearly exchange program. A panel of Emory faculty members, Bobby Jones Scholar alumni and community supporters of the program selected finalists interested in cultural interaction between the U.S. and Scotland based on academic record, character, integrity and citizenship.

Each applicant submitted a personal statement as well as a proposal detailing their intended area of study. Finalists were interviewed and attended a networking reception, according to Joss.

More than 250 Emory students have received the scholarship since its establishment, according to the press release. Each year, the University of St. Andrews sends four of its students to Emory in exchange for the four Emory scholarship recipients. 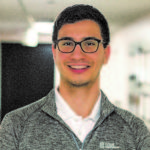 All four of this year’s winners are currently completing honors theses.

“My hands were shaking [when I received the acceptance letter],” said Ehrenzeller, a double major in Spanish and international studies. “My eyes met the first line. ‘We are pleased to inform you’ … My whole body just kind of froze.”

Ehrenzeller will pursue a master’s degree in cultural identity studies at the University of St. Andrews. 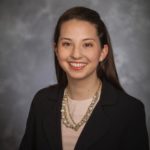 Joss, a double major in political science and dance and movement studies and a Robert W. Woodruff Scholar, will seek a degree in sustainable development.

Ehrenzeller and Joss are joined by Ekaterina Koposova, an art history major and anthropology minor who will pursue a master’s in art history. 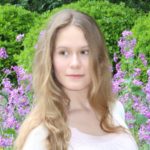 “One of the things I noticed over the course of the interviews is I really connected very well with the people who were interviewing me,” Koposova said.

She hopes to return to the U.S. after her year abroad to pursue a Ph.D. in art history. 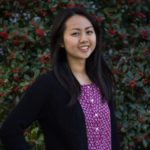 Shang said she strives to “integrate biomedical advances into health practices,” noting Scotland’s National Health Services, which funds social and healthcare policies, as an excellent resource. She will seek a master’s in global health implementation.

Should any of the recipients be unable to go, the final selection committee chose College senior Emma Reidy as first alternate and College senior Jhénelle Elder as second alternate from the pool of 13 finalists.