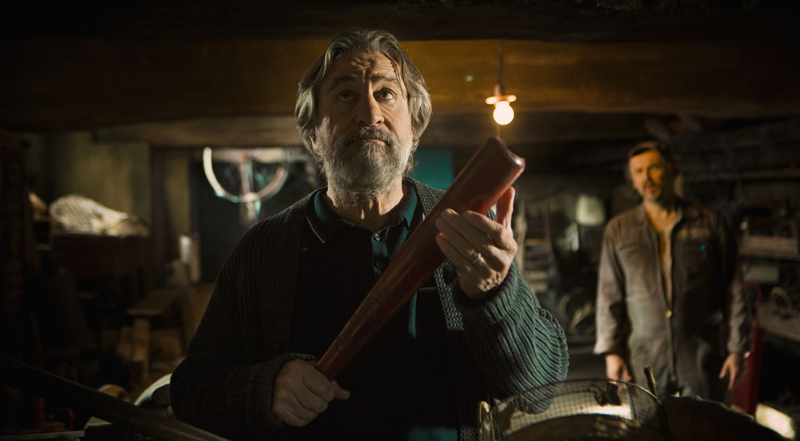 How do I write a review of a film that I’m tragically apathetic about? One ought to start at its premise, which, in this case, was highly promising.

Director Luc Besson – renowned for stylish action cult classics like “Leon: The Professional” (1994), “La Femme Nikita” (1990) and “The Fifth Element” (1997) – directs “The Family,” a dark comedy mobster film based on the novel Malavita by Tonino Benacquista.

The film chronicles the lives of the Manzonis, an ex-mafia family under the FBI’s witness protection program. The family takes refuge in France masquerading as a normal American family. Robert De Niro plays Giovanni Manzoni, an aged version of the many wise guys making up the majority of his career. In an effort to get his family out of the mob and into a normal life, he snitched his boss to the FBI and is now on the run from soldiers controlled by the imprisoned highly-influential boss. Michelle Pfeiffer, in the role of Gio’s wife Maggie, is also no stranger to the mafia film genre, with previous work in “Married to the Mob” (1988) and “Scarface” (1983).

The film opens inside a homey Brooklyn apartment. A scene establishes the centerpiece of the film: a tight-knit Sicilian-American family gathered at their dinner table. Their baritone Cosa Nostra mumbles are suddenly interrupted by a polite knock at the door. The Sicilian-American father answers to a hit man who has come to slaughter the entire family. Before the smiling killer leaves the butchery, he hacks off the patriarch’s finger as proof of a job well done.

The scene cuts to the Hollywood analogue of the perished Sicilian-American family in a car, driving as if going on a reluctant camping trip. The mother is doe-eyed and anxious. The father assures his brood that everything will be okay. The kids (Dianna Agron, “Glee,” and John D’Leo, “The Wrestler”) are bored and complain about the noxious stink in the car – the dog is blamed.

After the family settles into their temporary French abode, the father ducks outside and opens the car trunk, revealing the real culprit behind the offending odors in the car: a man’s rotten corpse packed in a clear, juicy plastic bag like a bad lunch.

It is understood that the hit man exterminated the wrong family in the previous sequence. It’s Robert De Niro’s finger that should’ve been harvested.

Why did the family choose to relocate to France? Because the Manzonis presumably traveled through the United States blowing their cover by, well, literally blowing buildings up, much to the despair of their handler, Tommy Lee Jones’s FBI Agent Stansfield (who is perhaps a wink to the psychopathic DEA Agent Stansfied of Besson’s more superior film “Leon”).

Besson also probably thought it would be a great comedic (and again metafilmic) gesture to make a movie satirizing the snobbishness of his own French people. Those jokes, however, don’t go beyond the French disdain for America’s obesity problem, “pornographic food” and the Americans’ ignorance of their own political history. But they do lead to Maggie blowing up a French grocery store in retaliation to a clerk’s harsh, misfired prejudices and bashing the French’s unhealthy obsession with cream and butter.

The film depicts mafia amorality as a genetic disorder. It’s not just the parents, either; the kids are homicidal psychopaths too. D’Leo’s performance as Warren Manzoni deserves praise and all the laughter in the theatre as he manipulates the social order of the French lycee through corruption, dealing pills and extortion, all with a suaveness and cunning beyond his years. Audiences will cheer when Agron’s drop-dead gorgeous Belle Manzoni mercilessly bashes misogyny and a lecherous French boy’s face in with a tennis racket. But suddenly, her compelling character arc is betrayed by a weird and annoyingly-sudden shift into melodrama.

The film is knotted with jarring, uncanny tonal shifts: from unfunny inside jokes and unlikely plot devices, to senseless acts of violence and disturbing situations of danger.

And how the family even came to be on the run and all so violent isn’t clearly explained. The only insights into Giovanni’s background are nostalgic stock black-and-white films of Brooklyn and a bizarre montage of De Niro in stereotypical mafia settings, set to a self-narrated memoir he randomly decides to bang out on an old typewriter – much to the dismay of Agent Stansfield.

Still, De Niro is fun to watch, playing the ill-adjusting ex-gangster and loving husband beating the crap out of innocent plumbers and rude French bureaucrats. Audiences will appreciate Pfeiffer’s return to the big screen. She is earnest, compelling and very likeable as the film’s warrior mother.

After all this, you’d think the Manzonis would’ve gone to jail for their heinous dysfunctions before the Feds would even consider shipping them off to picturesque France. But we’re asked to suspend our belief and just go with the once-promising comedic premise: in-yer-face mob violence blended with equal parts family sitcom and “fish-out-of-water” tropes. I wanted to love this film for its brilliant creative team and intriguing take on the Mafia genre, but it ultimately falls short of its potential.