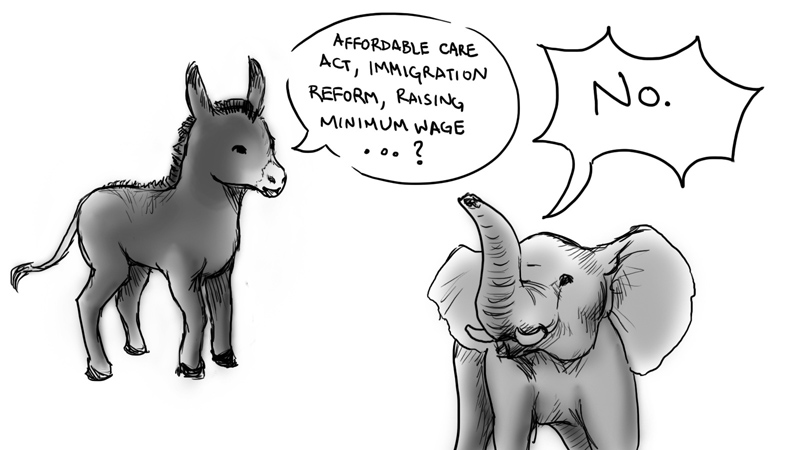 It’s no secret that the United States Congress is a laughingstock. It has made people from around the world scratch their heads more and more in the past few years, and Americans have generally maintained a record-low approval of Congress for quite some time. The primary reason for this contempt is popularly seen as partisan gridlock, which is a standard, agreeable answer. But it’s about time that we admit that the problem with Congress is not Congress, but the Republican Party and its refusal to advance the will of the American people.

Senate Minority Leader Mitch McConnell’s boldly honest proclamation: “The single most important thing we want to achieve is for President Obama to be a one-term president,” a statement I have become fond of quoting as it perfectly illustrates the problem with Republicans, and therefore, the problem with Congress. Similarly, former South Carolina Senator Jim DeMint said that stopping the Affordable Care Act “would be his Waterloo.” The GOP’s approach has been: well, we can’t beat the President, but we’re sure as hell going to stall or sabotage everything he proposes.

The recent government shutdown was the most glaringly obvious example that the problem with Washington is not gridlock or both parties unwilling to compromise but rather the Republicans. Democrats should not accept an iota of blame from anyone for allowing legislation, which they already passed, to stand. Subsequently, approval ratings of the Republican Party fell to an all-time low of 28 percent, but there has not been a significant change in opinion that recognizes Republicans as the problem. More superficially, their retention of the House in next year’s midterm elections somehow still seems likely.

Likewise, the Senate’s failure this past spring to advance legislation that would require background checks with the purchase of firearms is not due to gridlock. Nor is it the fault of the two-party system, and it’s not even a consequence of the power to filibuster in the Senate. The problem is that Republicans systematically abuse the power given to the minority party and ignored the 90 percent of Americans who favored such legislation, which is enough to blow steam from anyone’s ears.

This trend continues along issues of higher taxes on the wealthy, which a substantial majority of Americans support. More recently, Gallup reported that an increase in the minimum wage to $9.00 an hour has the support of a whopping 76 percent of Americans but will likely not even be introduced in Congress.

For now, immigration reform remains the last hope of Congress acting to reflect the will of the American people. But while it passed the Senate this past summer with several concessions from Democrats, Speaker John Boehner has refused to even hold a vote. There is an absolute void of logic that he has allowed over 40 votes in the House for the unattainable repeal of the Affordable Care Act but will not allow legislators to vote to reform immigration, which actually has some chance of becoming law.

Over 60 percent of Americans wish to see a third party emerge, and though the thought of it sounds nice, there probably would not be a change in Washington that Americans want to see. Congress does not operate as a parliamentary system and for most of its history, it has functioned well under the two-party system. Whether Democratic-Republicans, Federalists or Whigs have been in power, a third party has not been particularly necessary.

Whether it’s in the interest of political prudence or it’s just the uncomfortable reality of the situation, we as a country have been extremely hesitant to state the problem with Congress.

The closest we have gotten is noting that it has been out of touch with Americans and its separation from reality.

In fact, the problem is reminiscent of the scene in “Moneyball” (2011) in which Billy Beane (Brad Pitt), as the general manager of the Oakland A’s baseball team, asks a table of scouts how they are going to replace players they can no longer afford. Beane goes around the table asking “What is the problem?” to which each of the gray-haired, bespectacled men give typical responses. Beane interrupts each of them mid-sentence and eventually explains to his unreceptive audience, content with the status quo, that in order to succeed they need to think differently in order to recognize and then address the real problem. Voters and Republicans alike must do the same. 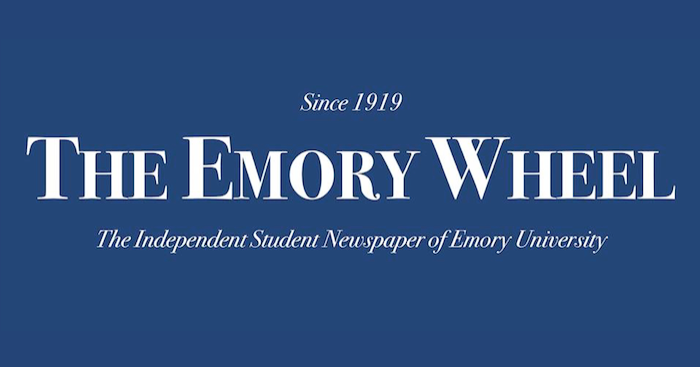 The Wheel’s Most Read Stories of 2014 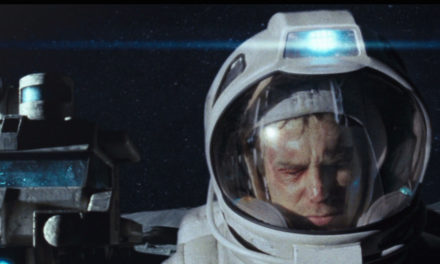 The Damaging Use Of Race in Politics