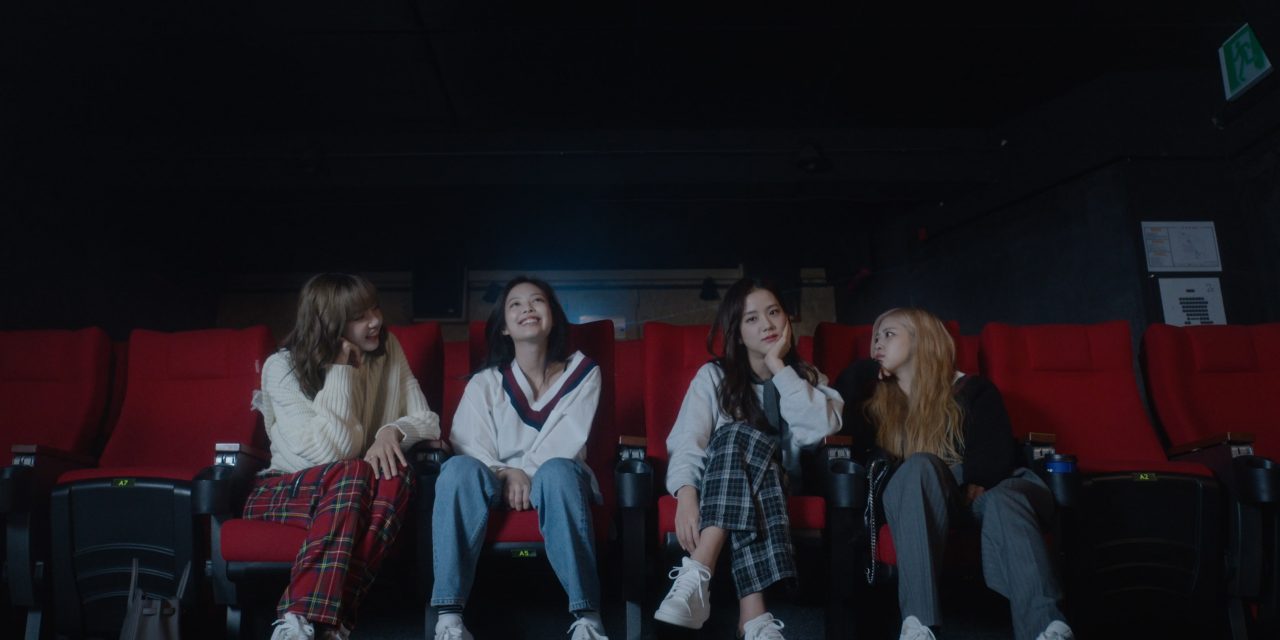 Blackpink’s new documentary, “Blackpink: Light Up the Sky” showcases the South Korean all-female group’s dazzling worldwide success. The film also raises questions about the K-pop industry itself and depicts the group’s meteoric rise, providing insight into the lives of its four members: Jennie, Jisoo, Lisa and Rosé. The documentary tries to hide the dark underbelly of the K-Pop industry but still calls to attention how YG Entertainment directly controls every aspect of Blackpink, from their screen persona to their music.

Coupled with concert footage, the documentary focuses on interviews with the four women. Director Caroline Suh added scenes from their training days and even showed the group watching these clips together and commenting on how much their music style and fashion has changed over time. The film follows a typical documentary format, introducing the background of each member, highlighting their training, how they got together and showing their chart-topping rise and struggles. There’s one big problem: the entire documentary completely avoids any mention of the members’ privileged backgrounds, possibly in order to make them relatable to the viewer and present a rags-to-riches image.

The film showcased Blackpink and the K-pop industry in a positive light. Any troubles the members faced were enough to humanize the stars and garner sympathy and support from the fans. Although it’s undeniable that they work hard to provide viewers with high-quality entertainment, the negatives of the industry were glossed over. 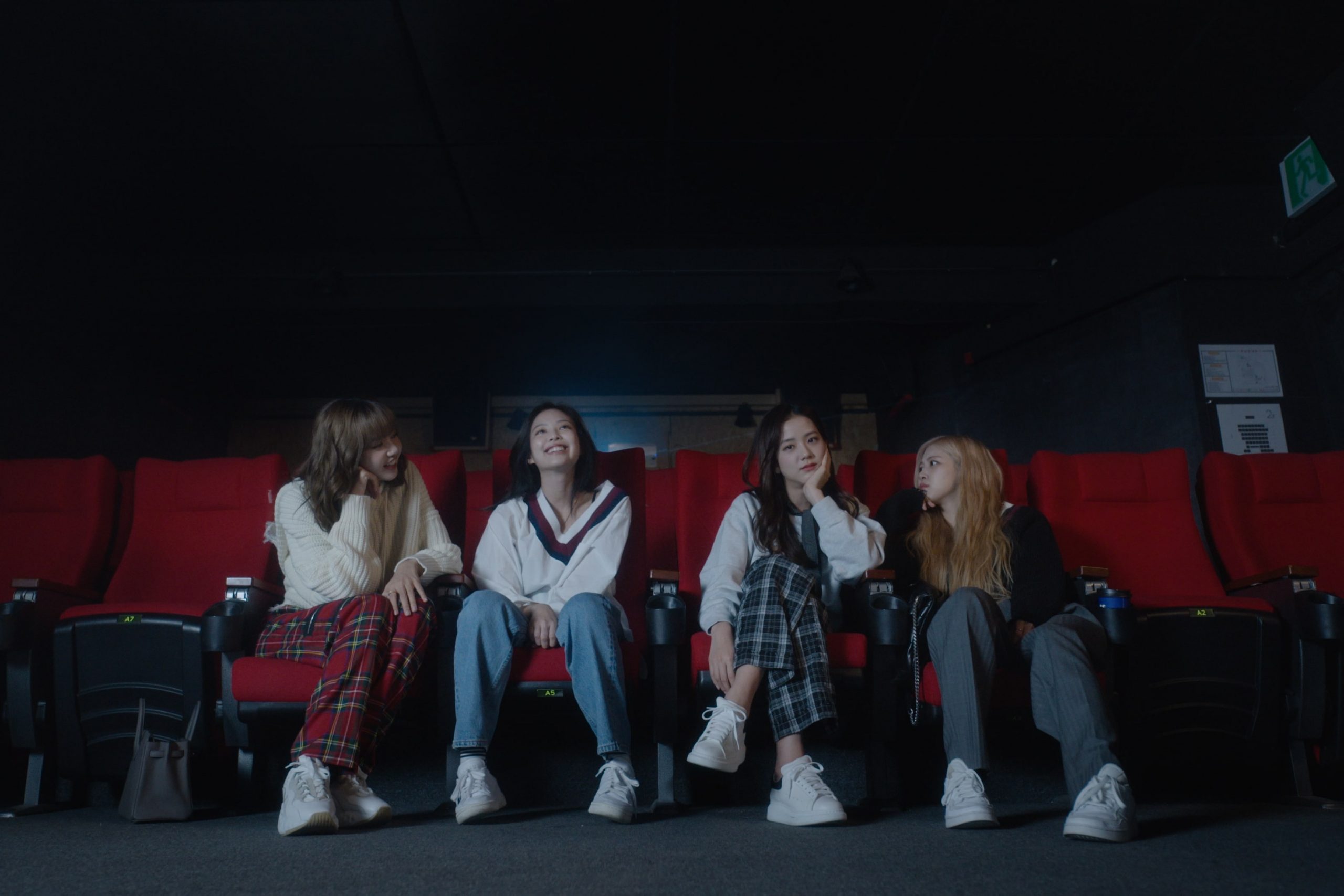 Blackpink members Lisa, Jennie, Jisoo and Rosé in their new documentary, “Blackpink: Light Up the Sky.” / Courtesy of Netflix

“Light Up The Sky” did shed some light on the inner workings of the K-pop industry, showing clips from Blackpink’s training and interviews of the group talking about their grueling experience with YG Entertainment before debuting as Blackpink. Each of the four members trained for four to six years every day (going up to 14 hours a day), until they excelled in every aspect of performance. The tough competition and great deal of investment during training is appalling. It paints a picture of the industry as one that churns out perfectly manufactured superstars with the single goal of profits and nothing else. Apart from the amount of time the trainees invest, they also have to pay the entertainment company back for their training, which gives the wealthy families an edge.

In general, the rigid rules placed upon all K-pop stars seems to be seriously hampering their freedom of expression. This makes it impossible for viewers to know if their music is authentic or simply a carefully thought out plan by the entertainment company to squeeze out the maximum amount of fans and money from the stars they control. It is widely known that entertainment companies like YG Entertainment actively make sure their stars do not engage in romantic relationships as well. In the documentary, these parts of their lives were shown to portray the members as hard-working and down-to-earth (their rich backgrounds were strategically omitted) and not to criticize how companies like YG Entertainment, which trains and manages K-pop groups, treat their young talent. YG Entertainment has come under fire before for sexualizing its stars, one specific instance being when they were criticized for making Jennie wear a nurse’s outfit.

Blackpink exudes confidence and empowerment through their powerful music, loud clothes and “savage” attitudes on stage and screen, although it’s unclear whether this image is authentic or industry-manufactured. The documentary didn’t explain how much creative control the members have over their music, although it did mention their contributions to their songs’ lyrics. The film also underscored the immense pressure the group was under:  their choreographer said to the women, “You don’t look like you’re dancing hard enough,” while they rehearsed for their world tour in 2019.

The documentary succeeded in making the superstars relatable. Learning about each member’s dreams and insecurities helped me understand them better. I reevaluated my opinion on how female K-pop idols are forced to behave in a way that is sexist and stereotypical by often displaying them as weak and childlike. Although these women are often made to dress as schoolgirls and dance in sexually suggestive ways, that’s not always the case anymore. The women’s camaraderie added to their likeability and humanization as well.

All in all, the documentary was enlightening, showing viewers a side of the K-Pop industry that I’ve never seen before. This is a perfect documentary for Blackpink fans as well as unfamiliar viewers — it’s emotive, informative palatable, possibly to its detriment. While I recommend all Blackpink fans should watch it, everyone should take what it portrays with a grain of salt. 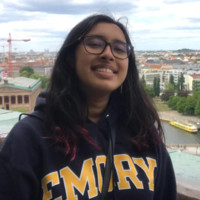 Anjali Agarwal (21C) is from New Delhi, India, majoring in psychology. Her interests include music, film and social psychology. She is an executive board member of SHARE, a club that helps students get involved with research. Contact Agarwal at [email protected]