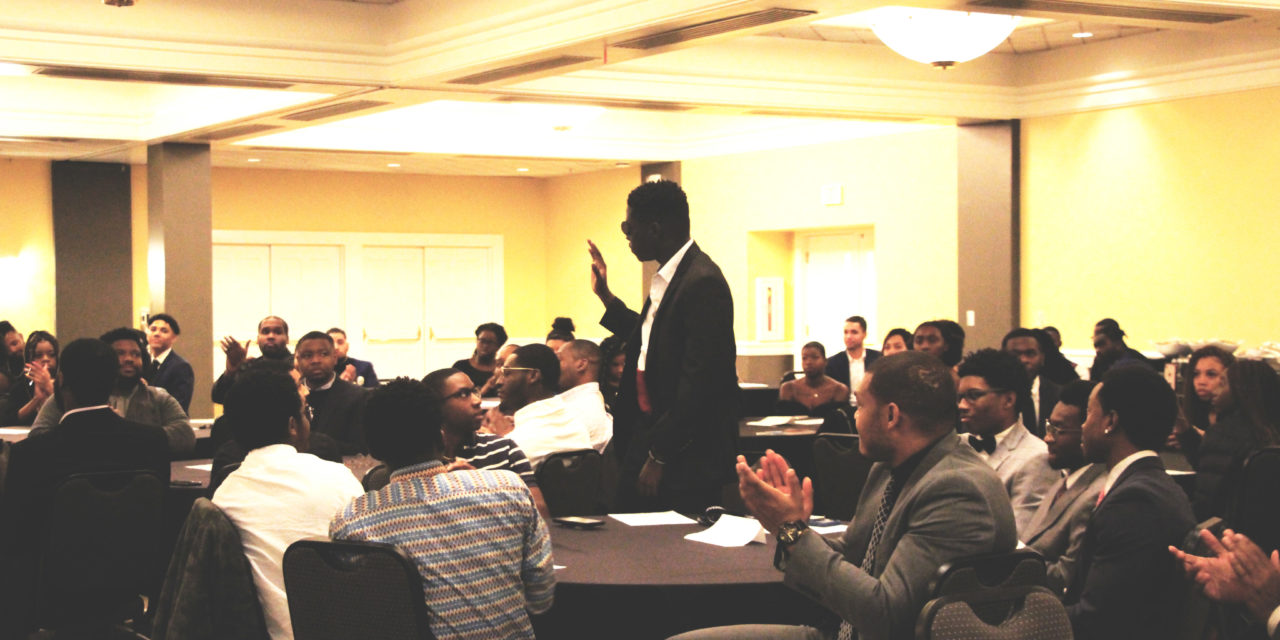 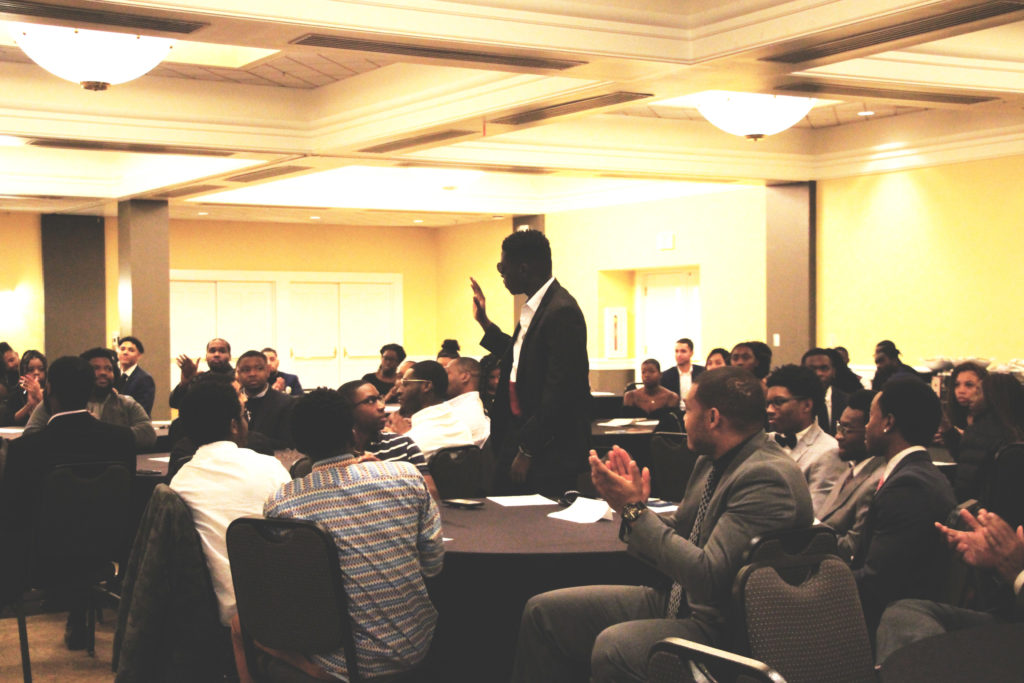 A 12-year-old Dominic Lal (21C) and his uncle were outside a Cincinnati Reds game when a homeless man approached them and attempted to sell them a bag of popcorn. Lal’s uncle reached into his pocket and offered the man a $20 bill and told him to keep the popcorn. After a couple minutes of deliberation and a successful exchange, the man asked Lal’s uncle why he gave him so much money.

“You’re actually helping me,” Lal recalled his uncle saying. “It’s a give and take.”

Lal echoed these words nearly seven years later when he received the Community Commitment Award at the second annual Black Boy Joy Award Ceremony on Feb. 22. The award honors a student whose “dedication to service demonstrates a fundamental value of the NAACP,” Zakiya Collier (21C) said at the event.

The Black Boy Joy Award Ceremony is a manifestation of the #BlackBoyJoy 2016 Twitter trend, an ongoing movement within the black community. The awards are presented by the Emory NAACP chapter in partnership with the Emory Black Male Initiative.

For Lal, dedication to service involves being the president of Student Obtaining Atlanta Research (SOAR), a Volunteer Emory leader, a founding member of the Emory Science Olympiad and an intern at the Cincinnati Children’s Hospital Medical Center, among many other extracurriculars.

An only child raised by a single mother, Lal said in an interview with the Wheel that his childhood circumstances spurred him to serve his community.

“I feel like I had to grow up very fast — I always had to be at the top of the class … so it was one less thing [my mother] had to worry about,” Lal said. “From there, it snowballed into me challenging myself to do better, for my mom and for others.”

Lal’s academic success and continued community involvement led to his acceptance into Emory, which Lal said came with a celebration: he and his mother jumping up and down, repeatedly yelling, “It happened!” Though Lal cast the memory as the most exciting moment of his life, he would soon learn that Emory’s status as a predominantly white institution would come with its own set of challenges.

“It is great that we have a lot of diversity here, but I know that there have been times where [Emory has] had 13 black males in [our] graduating class,” Lal said. “When you are in a small group, campus life gets a little overwhelming.”

Emory NAACP President Timothy Richmond (20C) helped to organize the event. When the chapter hosted the inaugural event last year, the Emory NAACP wanted to mirror the Black Boy Joy movement’s underlying message to change the narrative on how “black men are usually not allowed to be joyful in society,” Richmond said.

“We wanted to allow black men on campus to be recognized, even if the University doesn’t, and send a message that this community contributes to the University,” Richmond said.

For Lal, winning the Community Commitment Award meant that his contributions, both to the University and the greater Atlanta area, were seen.

“I feel like being black at Emory is overlooked and the work that we do is overlooked, especially the work we do in the Atlanta community,” Lal said. “This award is a way to bring people together to start that treadway as one uniform group working toward progessive goals.”

In addition to community outreach, the Black Boy Joy Award Ceremony recognized the achievements of black male students who excel in the arts, academics and community engagement. Alain LeRoy Locke Award recipient Daniel Hamm (21C) said that his journey through Emory was a matter of connections.

Growing up in the Atlanta Public Schools system, Hamm said that not many public schools are made aware of the pathway to Emory, despite the University’s outreach programs to the greater Atlanta community.

“Outside of my scholarship, I think there are six or seven students that come from Atlanta Public Schools,” Hamm said. “We do a lot of programing across not just Emory University but also in the medical school and in the nursing school, … [but] those pipelines are not producing students.”

Hamm, a recipient of the Martin Luther King, Jr. Scholarship, said that he understands the importance of receiving financial aid. Throughout his time at Emory, Hamm has met with both faculty and administration about leveraging resources to improve the current outreach programs, and he serves as a mentor for Paving Our Futures and a volunteer for the Emory Student Educational Experience Development program.

“Black Boy Joy is not only an award ceremony … but a way to celebrate black male excellence and really provide space campus-wide for people to come together, to celebrate what black men are doing on this campus,” Hamm stated.

Recognition from the Black Boy Joy Award Ceremony extended not only to black male students but also to outstanding black male alumni, faculty and staff. Candidates were nominated for the awards by students and faculty.

Antonio Brathwaite, senior lecturer in the Department of Chemistry, received the Harry T. Moore Award, which honors a black faculty or staff member who has taken the initiative to foster unity and awareness in the black community.

Brathwaite detailed some of his struggles as a black faculty member and his appreciation for the recognition.

“It can be overwhelming in terms of just the sheer volume of minority students that seek you out for mentorship just because you’re a familiar face, but you still have all your other responsibilities as a teacher to take care of,” Brathwaite said. “I think all the nominees, especially in my category [of faculty and staff], felt appreciated and honored to even be nominated and recognized by the students.” 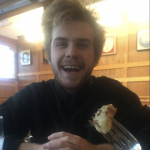 New Emory construction moves toward sustainability, but some advocates object to land construction