As students moved onto campus in August, Swoop wasn’t the only bird to help them settle in. Scooter company Bird’s motorized scooters are now a daily part of the bustling crowds of students moving between classes. From Baltimore to Berkeley, Calif., the scooters’ presence on campus is part of a spike in popularity nationwide. The Bird scooters provide yet another form of transportation on a campus already teeming with bikes, skateboards, non-motorized scooters and shuttles.

On Friday, Alec Russin (22C) sped past Few Hall on a Bird scooter. As he dismounted, he carefully placed it on the edge of the road and took a picture with the Bird app to prove that he’d placed the scooter in an appropriate location, where it would not block pathways or obstruct roads. When finished riding, riders must leave the scooters where they dismounted for the next person to pick up.

Russin said the scooters made it easy to travel on campus.

“It’s hard to find one, but once you get one, it’s nice and easy,” Russin said. “I just got across campus in less than three minutes.”

Most Bird scooter riders, including Russin, don’t wear helmets. He said it’s only as dangerous as riding a skateboard, but at much higher speeds. 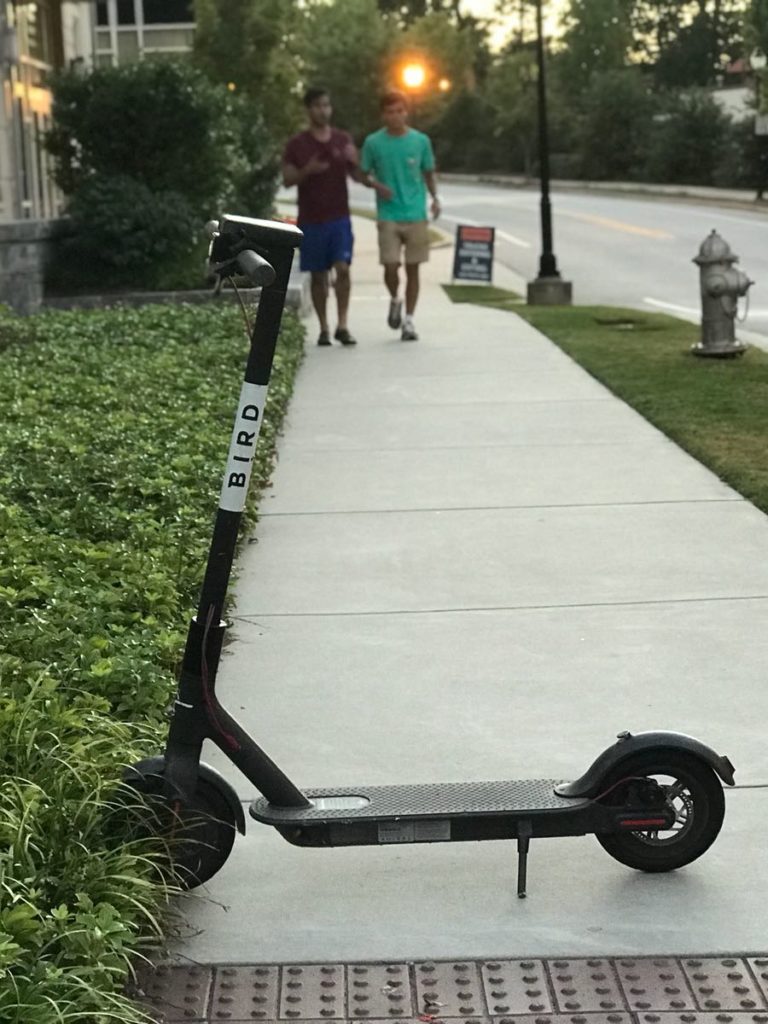 Bird scooters are scattered around campus through the company app, and one can access them via the company’s app. It costs $1 to unlock the scooter and 15 cents a minute to ride. According to local blog Hypepotamus, the scooters appeared in Atlanta “seemingly overnight” this past May. The company, whose CEO is a former Uber executive, initially placed 200 scooters downtown. That number has since grown to 600, with more than 43,000 Atlantans having participated in the service.

Minhee Jeon (22C) and Claire Bai (22C) both shared with the Wheel their enthusiasm for the new scooters, saying that they are a positive development for transportation on campus.

“I live in Complex … [and] the Bio Building is too far, so it would be nice to use something for a short period of time so you don’t have to walk there,” Jeon said.

Bird has several rules for its riders, including wearing helmets, not riding if under age 18 and refraining from riding on sidewalks. Still, scooter riding on pathways and sidewalks are common. In both Emory and Atlanta, the rules, which have no way of being enforced, are often not followed. Locals in Los Angeles became so frustrated with the prevalence of the scooters that some started vandalizing and destroying them.

The Wheel interviewed four non-riders on campus who said they haven’t been much impacted by the scooters. They expressed indifference to the new mode of transportation.

Hannah Perron (22C) expressed a less favorable view of the scooters and their feasibility on campus.

“[The scooters are] so impractical,” Perron said. “People just zoom through, and then there’s a crowd and they have to stop anyways. I also almost got hit by one the other day.”

“The thing I hate the most … is the fact you can leave it anywhere. I have seen it in the most random and inconvenient places,” Kowal-Safron said. “One time, outside of the URC [Undergraduate Residential Center], I was walking up the stairs and on top of the stairs there were two Bird scooters blocking the way. That’s a tripping hazard.”

Atlanta was the first city in the Southeast to have Bird scooters, but Nashville has since followed suit. The Nashville metro government confiscated half of Bird’s scooters in May, mostly because they were obstructing public sidewalks. Both Nashville and Atlanta governments are exploring legislative options to determine possible regulations for the scooters.

David Kulp (20C), who thinks Birds on campus are a positive development, suggested that Bird riders adhere to the same rules that bicyclists follow.

“We’d need more advocacy and guidance on how to legally drive them around campus,” Kulp said. “Perhaps the rules for bicyclists should apply to the Birds, as well.”

Kulp also noted that students who ride the scooters around campus have said they’d like to see additional scooters added because it is sometimes difficult to find one. 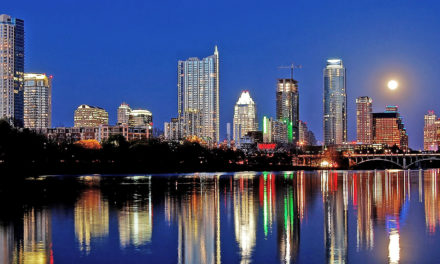 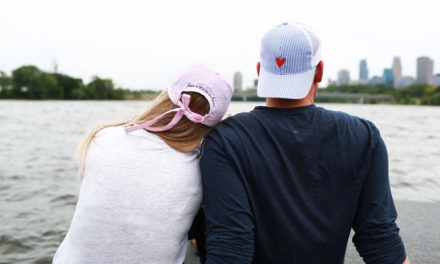