Bigger Than Baseball: The Legacy of Hank Aaron 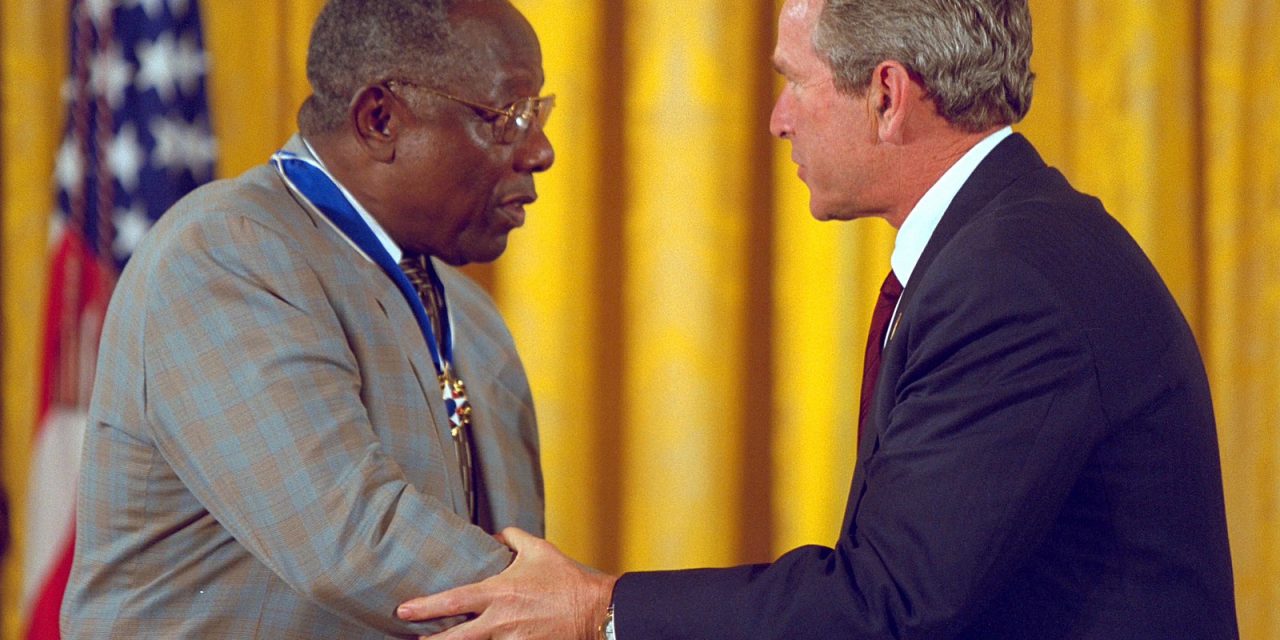 On Emory’s Atlanta campus, stories above the cigar-smoking statue of Robert W. Woodruff, lies a legend. Well, pieces of one.

In 2014, three Emory baseball players curated the “He Had a Hammer: The Legacy of Hank Aaron in Baseball and American Culture” exhibit at Emory’s Stuart A. Rose Manuscript, Archives and Rare Book Library. The exhibit contains a diverse set of materials with which one can trace MLB star and former Atlanta Braves right fielder Hank Aaron’s journey to baseball immortality and discover his character as a true moral exemplar.

However, no amount of scouting reports, photographs, memorabilia, letters, correspondences and hate mail could ever accurately capture the life and legacy of “Hammerin’ Hank,” one of the greatest players to ever grace a baseball diamond. No matter how unfamiliar one was with Aaron, the weight of his death on Jan. 22 carries a heavy shadow across the entire nation.

It would be a vast understatement, perhaps even a grave misdoing, to say that Aaron was just a great player. Aaron played for the Braves (who were formerly the Milwaukee Braves before moving to Atlanta in 1966) from 1954-74 and the Milwaukee Brewers from 1975-76. By the time he retired in 1976, he had amassed a .305 batting average, 3,771 hits, 2,297 runs batted in and, most famously, 755 home runs over his indescribable 23-year MLB career. By significant margins, his All-Star appearances, runs batted in and total bases are all MLB records and further immortalize him as one of the best players of all time, if not the best.

The 25-time All-Star was unstoppable for so long that by his retirement, he was the last player on an MLB roster who had also played in the now-canon Negro Leagues, where he played for three months in 1952.

His 755 career home runs stood as an all-time record for 33 years before Barry Bonds broke it in 2007 as a member of the San Francisco Giants. Significant hype followed Bond as he approached the all-time record, yet Aaron was not met with such hospitality during his own chase.

In the months, weeks and days preceding Aaron’s record-breaking 715th home run on April 8, 1974, in the Atlanta-Fulton County Stadium, he received countless testimonials of humanity’s worst attitudes, dozens of which are currently displayed in his exhibit in the Rose Library.

Hate mail and consistent threats of death and kidnapping against him, his wife and his children poured in with increasing intensity from racist onlookers who felt threatened that a Black man had come for Babe Ruth’s record. Some threats were so serious they prompted FBI investigations.

The countless letters and on-field taunts which Aaron received were effective, but not in the way in which their senders had intended. Did they harm the Braves great? Absolutely — he confessed in 1992 that his pursuit of No. 715 “should have been the greatest experience of my life, but it was the worst experience of my life.”

He was never fully deterred, however, and persisted through the bigotry with a certain grace and humility that defined his person, which we now fondly remember and extensively revere.

Aaron will likely always be most known for his athletic prowess, and justifiably so. However, one would be remiss to remember Hammerin’ Hank as only a ballplayer and not one of the most inspirational and influential figures in Atlanta history.

In an era of the civil rights movement that featured so many charismatic and outspoken leaders, Aaron provided consistent yet subtle support for the struggle, opting to be a silent leader who inspired others with his superb actions on and off the field rather than with eloquent prose behind a podium.

On the field, he was the epitome of a trailblazer. His collection of career stats are perhaps second to none, and his pioneership as a Black man in a white league in the Deep South should be mentioned in any conversation that features Jackie Robinson. Some six years after Robinson broke the baseball color barrier in 1947 with the Brooklyn Dodgers, Aaron was the first to integrate the South Atlantic League in the minor leagues. When the Braves relocated to Atlanta from Milwaukee, he was baseball’s first Black superstar in the South. In the face of constant racism and bigotry, Aaron never once paused in momentary defeat. He faced the ugly truth of humanity head on, using the sweet stroke of his right-handed swing to break racial barriers and pave a path for future Black superstars to make their own mark on America’s pastime.

His contributions to baseball did not end with his final at-bat either. Shortly after his retirement, Aaron became vice president and director of player development for the Braves and thus one of the game’s first Black executives with an upper-level management position. His name also graces an award given annually to the best offensive performer in the American and National Leagues.

His mark on baseball, as a player and executive, cannot be overstated. The magnitude of his impact on the game is perhaps rivaled only by his philanthropy and commitment to the city of Atlanta.

After the Braves relocated, Aaron bought a home in the southwestern part of the city where he supported, created and donated to numerous charities, scholarships and programs meant to uplift and empower Black people, especially students, exemplified by his $3 million donation to the Morehouse School of Medicine in 2016. Aaron stayed in the same home until his death.

His affection for his community characterized his commencement speech, which he gave shortly after he received an honorary doctor of laws degree, to graduating members of the Emory Law School Class of 1995.

“Whenever a single human being is humiliated, the human image is cheapened,” Aaron said in his speech. “Whenever a person suffers for whatever the reason and no one is there to offer a hand, a smile, a present, a gift, a memory, a smile again. What happens, something is wrong with society at large.”

So, who was Hank Aaron? When future generations ask us to describe one of America’s very best people, how should we? How can we, as mere onlookers, capture his remarkable life in a series of carefully yet vainly constructed clauses that will never be able to adequately describe all that he was?

Bluntly, we cannot adequately answer any of these questions. He was a man who faced the world’s most wretched hive of scum and villainy with the same grace, humility and persistence with which he faced 98-mile-per-hour heaters from the batter’s box.

Aaron is and forever will be a legend, the making of myths. His stats tell the story of one of the game’s best-ever players, and his character, partially contained in the collections housed in the Rose Library, reveals the story of a civil rights icon, Atlantan, community leader and extraordinary man.

The location of Aaron’s exhibit, which towers dozens of feet over the general Emory community, is fitting for such a towering figure. 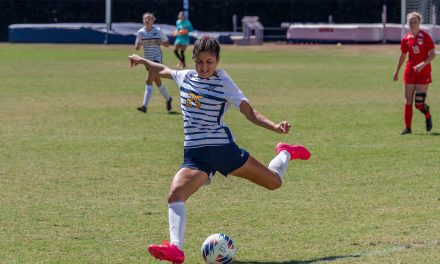