In the hours following President-elect Joe Biden’s triumph over President Donald Trump, an air of exuberance spread over Latin America. Activists from Colombia to Mexico celebrated Biden’s victory, while Latin American media praised the election result as a blow to fascism and the end of one of the darkest periods in American history. Such optimism is not unreasonable — the Biden administration will usher in a new era of U.S.-Latin America relations marked by more cooperation and less confrontation.

Biden has long planned to end Trump’s “bully dictating policy” in Latin America. While in office, Trump has imposed severe economic sanctions on America’s neighbors, aggravated Cuba and Venezuela’s financial crises and enacted harsh immigration restrictions. Over 500 immigrant children have lost all connections to their parents. Fortunately, these nightmares will soon come to an end. Biden’s foreign policies will be starkly different from Trump’s. Sanctions and restrictions are not so favorable to Biden. To mitigate illegal immigration from Central America, Biden plans to address its root causes: poverty, corruption and violence. To achieve this ambitious goal, Biden has proposed a $4 billion aid package to bolster anti-corruption campaigns in Central America and support the region’s economy.

Compared with Trump’s heavy-handed policies, Biden’s plan toward neighboring authoritarian regimes will be firm but temperate. Unlike Trump, Biden will not ardently support Venezuela’s opposition leader, Juan Guaidó, or initiate harsh oil sanctions on the current regime. Instead, he will negotiate with Nicolás Maduro, Venezuela’s autocratic leader, to institute free and fair elections. Biden also intends to withdraw Trump’s travel restrictions and economic sanctions on Cuba in the interest of normalizing relations with its socialist neighbor. Easing sanctions in Cuba will alleviate its citizens’ hardships and invigorate the private sector. Unlike Trump’s hardline policies, Biden’s plans will not impose as much pain on civilians in Latin America. 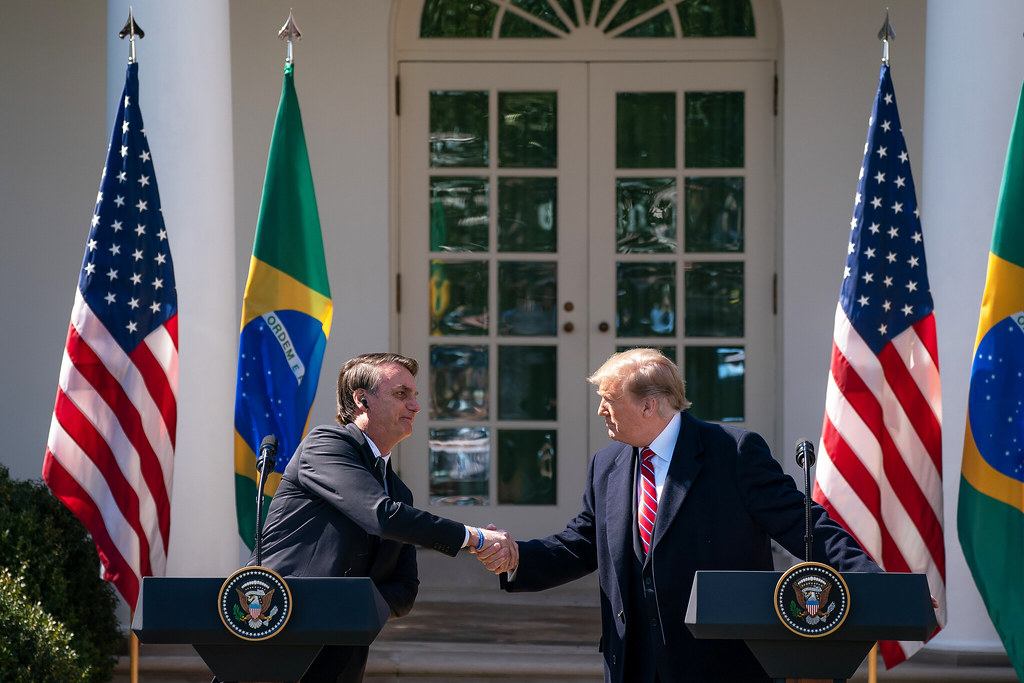 Admittedly, Biden’s plan is likely to face challenges both internationally and domestically. His more uncompromising stance on environmental protection, anti-corruption and human rights may alienate him from some Latin American regimes. After Biden proposed to raise $20 billion in international funds to combat the deforestation of the Amazon rainforest, Brazil’s President Jair Bolsonaro denounced the proposal as violating Brazil’s sovereignty.

Whether Biden can successfully negotiate with these countries remains to be seen, but there are reasons to remain optimistic. Biden has more experience in Latin America than any other president in U.S. history — he visited Latin America 16 times as vice president. Former President Barack Obama visited five times, and in his four years, Trump only visited once. During these visits, Biden has built enduring personal ties with local officials, ministers and prosecutors. Biden, who has known former Columbian President Juan Manuel Santos since 2000 when Santos was still a finance minister, joked with Santos during a trip to Columbia in 2012, noting that “it’s obvious who did well” after Santos became president and Biden became vice president in 2010 and 2009, respectively. Such connections are especially helpful in Latin America, where several personalistic elites dictate politics.

Before anything is done abroad, however, Biden first needs to address the pandemic, mitigate the economic crisis and alleviate historic polarization at home. Regardless, engagement with Latin America still demands attention and cooperation. Russia and China have proven all too willing to capitalize on gaps in U.S. geopolitical leadership in the past, and Latin America will be no different. Thanks to Trump’s chaotic presidency, it’s already begun. The fate of the U.S. is closely tied to that of Latin America, and more specifically Central America, due to their geographic proximity and economic ties; a stable Latin America means a prosperous U.S..

“For the first time in history, you can truly envision a western hemisphere that is secure, democratic and middle class, from northern Canada to southern Chile, and everywhere in between,” said Biden in a 2014 speech at Harvard University (Mass.) for the John F. Kennedy Forum regarding U.S. foreign policies. This goal is ambitious, but with Americans united behind him, Biden can make it happen.