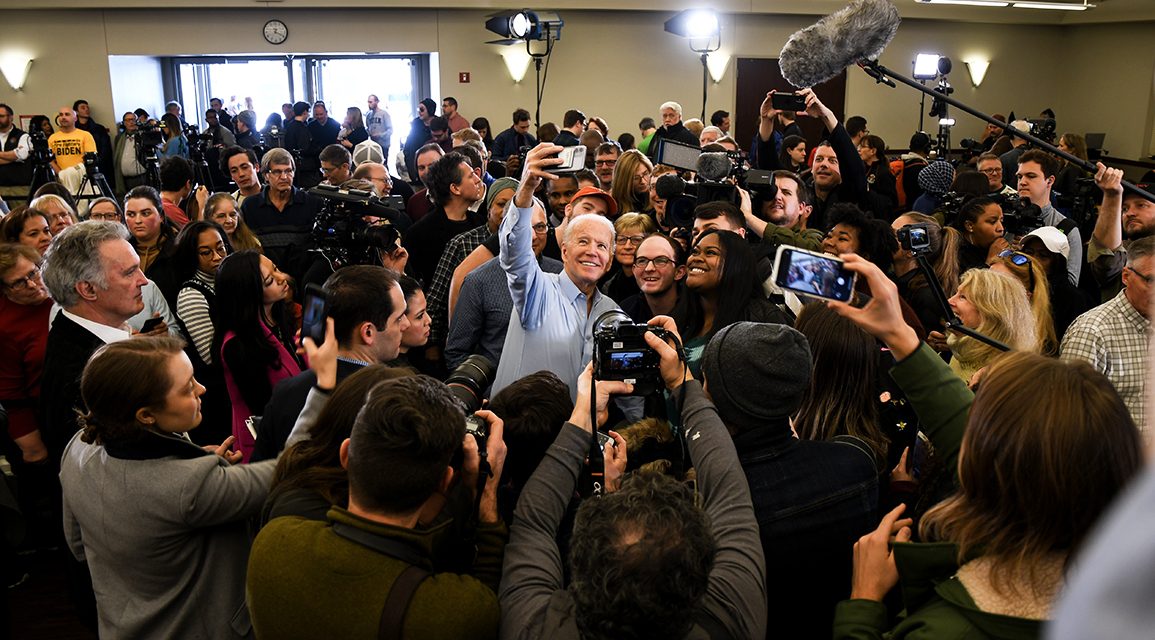 For the first time since 1992, a Democratic presidential candidate has won the state of Georgia. CNN and NBC reported on Friday that Georgia’s 16 electoral votes would go to former Vice President Joe Biden, bringing Biden’s projected win to 306 electoral votes.

Biden’s victory solidifies the state’s transition from a Republican stronghold to a swing state. Georgia was among one of the last states to be projected due to close margins and counting delays in numerous counties; networks projected North Carolina would go to President Donald Trump at the same time as Georgia’s call. 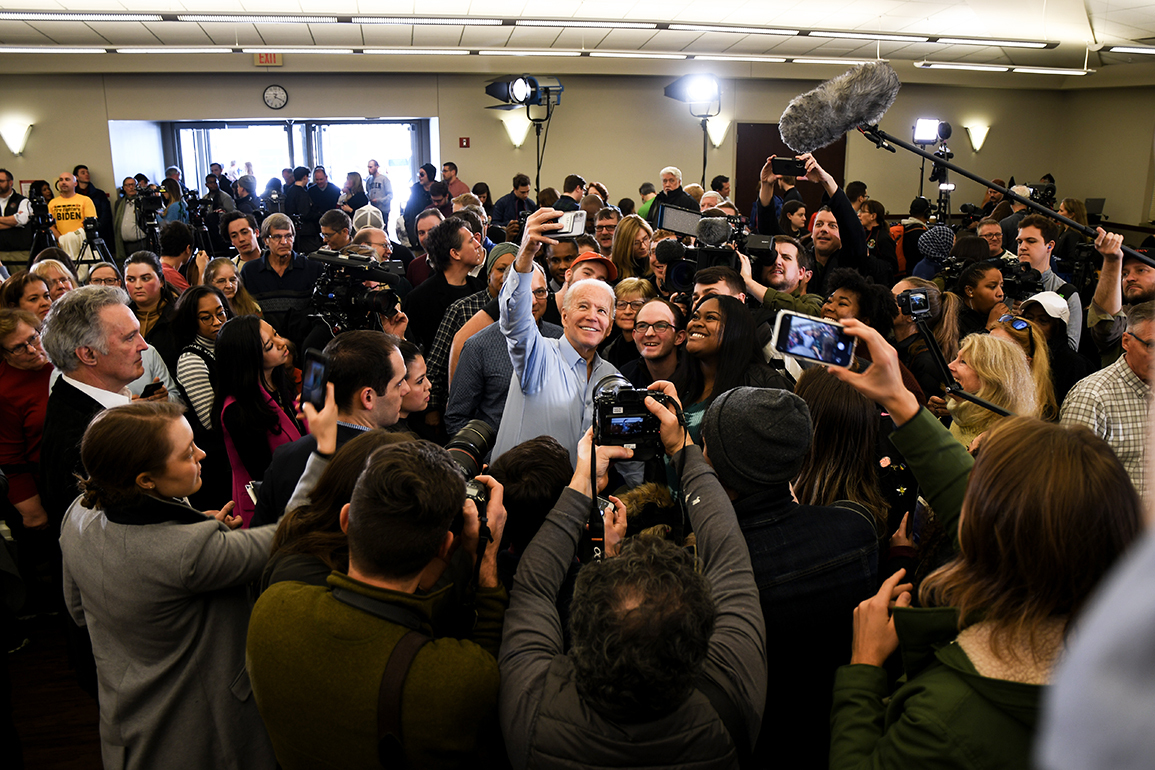 Though Trump led Biden in Georgia by a few points on election night, the margin narrowed as mail-in ballots were counted in primarily Democratic areas like Fulton and DeKalb Counties./Anjali Huynh, News Editor

Secretary of State Brad Raffensperger announced on Nov. 11 that there would be a hand recount of the presidential race in all of Georgia’s 159 counties. Georgia law states that candidates need to be within a 0.5% margin of one another in order for a candidate to ask for a recount. As of Friday afternoon, Biden had a lead of 14,152 votes.

National pollsters put Georgia into play as a crucial swing state only weeks before the election as Biden’s polling averages began outpacing President Donald J. Trump’s in the beginning of October. FiveThirtyEight first declared the race in Georgia a 50-50 toss-up on Oct. 14, with final projections on Election Day stating Biden was “slightly favored” to win the state.

While Biden’s first and only trip to Georgia as presidential nominee was Oct. 26, his running mate Senator Kamala Harris (D-Ca.) and a number of surrogates, including former President Barack Obama, traveled to the state. Most visits occurred within a month of Election Day as last-ditch efforts to revitalize Georgian voters for Senate races as well as the presidential election.

In 2016, Trump won Georgia with 50.4% of the electorate compared to former Secretary of State Hillary Clinton with 45.3%.

Though Trump led Biden in Georgia by a few points on election night, the margin narrowed as mail-in ballots were counted in primarily Democratic areas like Fulton and DeKalb Counties.

Biden carried DeKalb County, Georgia’s most heavily Democratic district, with 83.1% of the vote share. Experiencing similar success in Fulton County, Biden ultimately led with 72.6% of the vote after all ballots were counted and certified following delays from a pipe burst in the State Farm Arena on Election Day.

Trump’s campaign and the Georgia Republican party filed a lawsuit against the Chatham County Board of Elections on Nov. 4. The petition included the affidavit of a registered poll watcher who claimed to witness the county counting ballots sent in past the 7 p.m. deadline on Nov. 3.

Trump falsely claimed victory in Georgia on Nov. 4 in a 4:56 p.m. tweet, writing,

“We have claimed, for the Electoral Vote purposes, the Commonwealth of Pennsylvania (which won’t allow legal observers) the State of Georgia, and the State of North Carolina, each of which has a BIG Trump lead.”

Twitter added a warning below the tweet stating that, “Official sources may not have called the race when this was tweeted.”

Trump tweeted “STOP THE COUNT!” on Nov. 5 at 9:12 a.m. and has since repeated false accusations of illegitimately counted votes, creating a divide in the GOP between those who echo falsehoods and those who view his incendiary words as dangerous to democracy.

“It’s interesting that the Democrats, who’ve been hoping they could flip this state for a while now, because of the changing demographics and Trump’s unpopularity in the Atlanta suburbs, well, it looks like it’s finally happened,” Abramowitz said.

Associate Professor of Political Science Bernard Fraga, who specializes in the impact that race and ethnicity play in U.S. elections, accredited Georgia’s shift in part to 2018 efforts by members of the Democratic party.

“It’s a story of consolidation of the gains that Stacey Abrams and others were able to make through mobilizing and electoral efforts,” Fraga said. “Georgia is now a battleground or toss up state.”

Georgia’s 2018 elections included the nationally followed gubernatorial race between Governor Brian Kemp and Stacey Abrams. Kemp, then Georgia Secretary of State with a history of controversial voter registration policies, won the race by 1.04% or 54,732 votes.

That election was marred by hours-long lines, registration barriers and voting roll purges that disproportionately impacted African American voters. The House Oversight and Reform Committee launched an investigation of the election in March 2019.

“It’s impossible to know if [Kemp’s] attempts to restrict the franchise are what pushed him over the line,” Emory Charles Howard Candler Professor of African American Studies Carol Anderson wrote in a 2018 essay. Her book “One Person, No Vote” attributed Trump’s 2016 win to voter suppression.

The close 2018 election empowered Abrams to push Georgia as a battleground state in the 2020 presidential race. The Abrams Playbook outlined pillars of her campaign successes, including communicating candidate values and registering an increasingly diverse electorate, as a “blueprint for 2020.”

“Any less than full investment in Georgia would amount to strategic malpractice,” Abrams wrote.

Outlets called on Nov. 6 that the race between Jon Ossoff and incumbent Senator David Perdue (R-Ga.) would advance to a runoff. At press time, the projected composition of the U.S. Senate was 48 Republicans to 48 Democrats. With two of the four outstanding Senate races in Georgia, the runoff will determine if Republicans will maintain a majority in the spring.

The last Democratic Senator from Georgia, Zel Miller, left office in 2005. Previously Governor of Georgia from 1991 to 1999, Miller was a self-proclaimed independent who endorsed former President George W. Bush in 2004.