Mehul Bhagat (18C) was selected as the 2018 class orator for the May 14 Emory College of Arts and Sciences diploma ceremony and Wei Wei Chen (18C) will receive the Lucius Lamar McMullan Award, according to Assistant Dean of the Office for Undergraduate Education Jason Ciejka.

Bhagat, an economics major and English minor, will be the only student to speak at the ceremony.

A committee of College seniors, faculty members and administrators selected Bhagat, Ciejka wrote in an April 5 email to the Wheel. 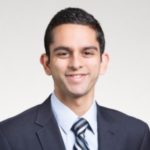 Bhagat, a Woodruff scholar, played the saxophone in the Emory Jazz Ensemble and served as a fellow in the Emory Scholars Program. He works as an entrepreneur-in-residence at The New School, an Atlanta high school. Bhagat was also the team leader of an entrepreneurial group that became a finalist in the Hult Prize competition in 2015, and he developed an app Mystro that allows high school students to find college student tutors. The student’s poetry has received the 2015 Adroit Prize for Poetry and appeared in the Adroit Journal.

Bhagat said that he is also currently working to develop ways to redesign plastics that are more sustainable and said that he will continue to work on this project after graduation.

Bhagat said that he plans to reflect on his Emory experience during his speech.

“I thought it would be a really good opportunity to be able to reflect on our time at Emory and also to share stories that bind us together,” Bhagat said. “I want to reiterate … we can be true to our ideals and that we can do things that are courageous.”

Bhagat also said he wants to talk about people who confront problems like the lack of access to education and voting rights.

As the recipient of the McMullan Award, Chen will receive $25,000. The award “recognizes Emory College graduates who show extraordinary promise of becoming our future leaders and rare potential for service to their community, the nation, and the world,” according to Ciejka. 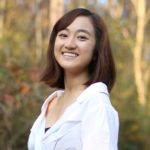 Chen, a film studies major and a dean’s achievement scholar, said that Emory College Dean of Arts and Sciences Michael A. Elliott called for a meeting on Wednesday and informed her that she had won the award. Chen has served as the president of Emory Arts Underground and has been involved in Residence Life, including as a resident adviser (RA), for the past three years.

After she graduates, Chen said that she will study in Hong Kong through Emory’s Summer Global Internship Program. Chen also won the Bobby Jones Scholarship this year and will attend the University of St. Andrews in Scotland for one year on a scholarship starting in Fall 2018.

Chen said when she heard that when she won the award, she felt honored, anxious and even “guilty.”

“None of what I did at Emory, I did alone,” Chen said.