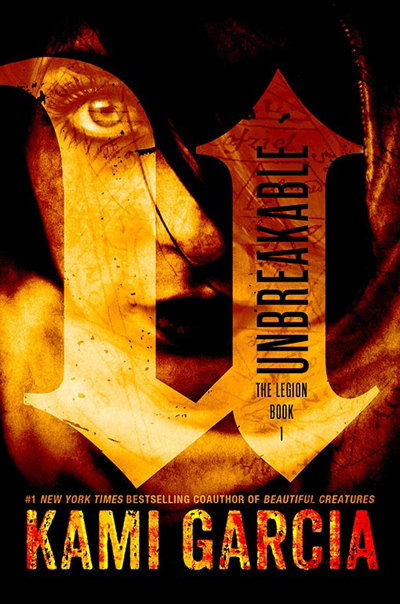 Kami Garcia is a supernatural force to be reckoned with. She co-wrote the internationally bestselling “Beautiful Creatures” series with Margaret Stohl. And her newest book, “Unbreakable,” is the first in the “Legion” series. “Unbreakable” tells the tale of Kennedy Waters, who learns that her mother’s death was caused by paranormal forces. Now Kennedy takes her mother’s place in a secret society, “the Legion,” whose goal is to protect the world from a dangerous demon. Last week, I got the chance to speak with Garcia about her new book and her approach to writing. Here’s what she had to say.

Q: You wrote your first series, “Beautiful Creatures,” with Margaret Stohl. How has your writing process changed between writing with a partner and writing on your own?

KG: Okay, so basically when Margi and I write together, we create an outline. Then I write maybe chapter one and she’ll write chapter two, and then we switch, we swap, and we actually write over each other’s work. It’s like editing each other. We’ll cut things, we’ll add new things. So, by the time you do that a few times, some sentences basically cut out a few words of mine and a few words of hers, and it becomes very seamless. And the other thing that’s very convenient about it is that you never really get stuck, because if you’re having trouble with a scene or you get, quote unquote, writer’s block, you pass it off to the other person and you have somebody else to fill in those blanks …

When I write alone, my process isn’t that different. I have an inspiration wall in my office. I’m really visual, so I have photos, song lyrics, quotes, from poems and things like that, that kind of remind me of the characters or the setting, and I have this taped all over one giant wall in my office. And as I’m outlining, it kind of fuels the outline, it kind of helps me visualize all the places and think about what I’m going to be writing about. And then I do a pretty loose outline, where I basically just outline the main plot points. And then I start writing. I’m really linear; I don’t skip around a lot. I do veer off the outlines sometimes, but my main beats pretty much always remain the same and I always know how the story is going to end … I’m kind of skeletal, my first drafts are pretty much the framework, and then I go in, in the second draft, and I kind of layer in and add the details and more description, the meat on the bones.

Q: What sort of research did you do in order to write the book, in terms of the secret societies and the supernatural?

KG: Oh my God, what kind of research didn’t I do? Research is probably my favorite part. It’s also one of my great procrastinating techniques, because I could read forever – I’d never write a word. I read a lot of grimoires, old magical books written by the clergy about summoning demons and theology, and alchemy, what they believed magic was. And also about different kinds of protective symbols and wards throughout different cultures, which also comes back to symbolism. The Illuminati was huge on symbols, and I did research on the way the Illuminati morphed from a group of enlightened scientists to more of a political turn. And then I created my own mythology as well. I feel like it’s easier to suspend disbelief if you start with a place of truth. So if you start with some true history and then you turn that upside down, or you veer off to the left, it’s a lot easier for readers to buy into it.

Q: You’ve said you’re very superstitious. What is your biggest superstition, and has it ever played a part in “Unbreakable” or “Beautiful Creatures?”

KG: Oh my gosh, my superstitions play a part … I guess in a weird way, you know, I write about really scary, magical, mystical things. And a lot of the things I write about scare me. And I think subconsciously maybe my crazy superstitions, are my way that I balance that, that I manage it, so that I can write about the scary and creepy things without freaking myself out. Because everyone’s always like, oh my God, how do you read about that stuff, how do you read about haunted places and sleep at night? And I’m like, I don’t know. But I can’t see a horror movie without having bad dreams. So it’s weird.

Q: I have a question about the inspiration wall. Do you create that before you start writing, or is it an ongoing process?

KG: I start it before, and then it’s ongoing. So I usually have a whole bunch of images, mood kind of images. So for “Unbreakable” I had a lot of pictures of spirits, old houses and buildings, or abandoned places that reminded me of details and things, or just set the mood of what I was trying to create. And then I’ll add more as I go on and figure out who the characters are, or write about a place … I’m really visual. I went to George Washington University, and before I decided I wanted to teach I was a fine arts major. I wanted to be a painter. So for me, everything starts with the image, and then it goes from there. You know how they say reading a book is like a movie in your mind? For me it really is. I see the scenes playing out, and I feel like my job is to record them in the best way possible before I forget.

KG: Well, I usually have some idea of what it is before I start writing. I usually know where it’s going to be, what the setting is, and what I need to accomplish in the scene. I might know we’re going to be in Kennedy’s bedroom, the spirit’s going to come and the boys are going to burst in. But then as I’m writing, I’m visualizing. I’m actually watching the scene, and I’m thinking, okay, she’s asleep, she’s in her bed, she hears a sound, and I’m typing as I’m thinking about it. And then when there’s dialogue, I actually listen, like I hear them talking. One thing I figured out is that you generally can write a lot faster if you go in with some plan. Even if you end up veering away from the plan, just the idea of having the plan helps you move faster. So I try to have the key points of the scene in my mind, and the writing is filling in all the blanks, and fleshing them out in a fun way so that they’re really visceral, and really visual, instead of just, you know, the boys burst in and they rescue her. I want to hear it and feel it and see it.

Q: What’s the top reason that someone should pick up “Unbreakable?”

KG: I think that if you enjoy paranormal, fast pace and a lot of twists and turns, then you’d definitely enjoy the book. And I think it has a kind of “Supernatural”, the TV show “Supernatural”, meets “The Da Vinci Code” vibe. At the heart it’s really suspense. It’s got romance, and it has some kind of dark elements, but it’s really suspense. It’s really about the element of the unexpected. 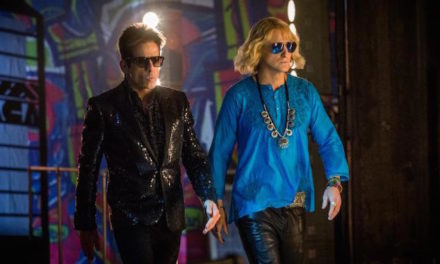 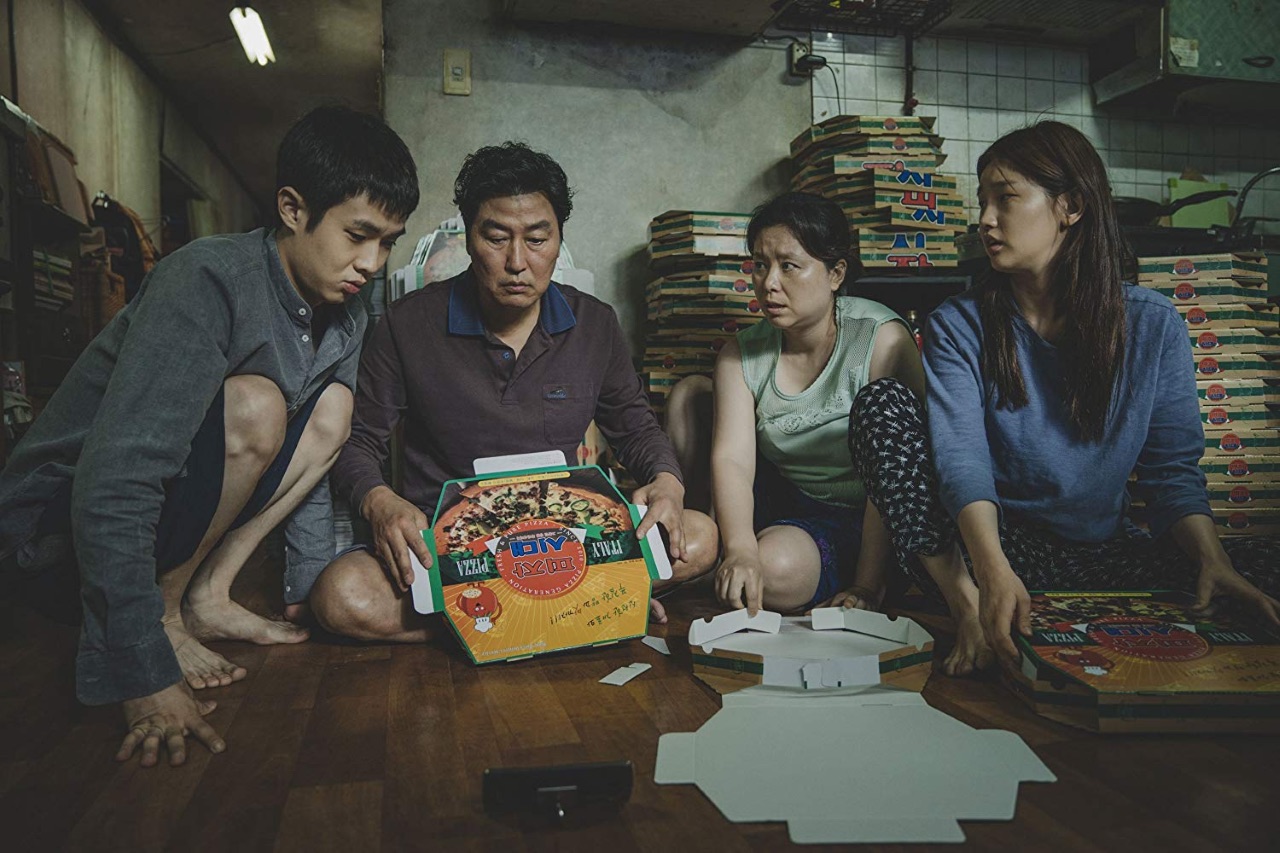 ‘Parasite’ Is an Enthralling, Knockout Film About Class Inequality