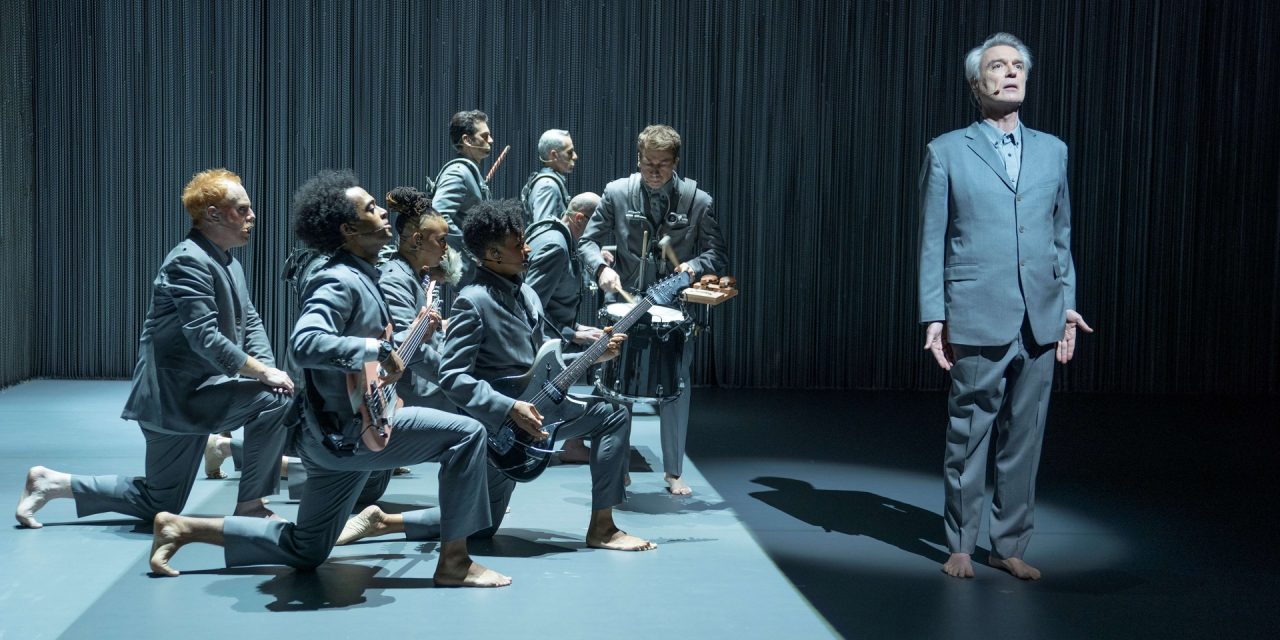 There is no doubt that 2020 was a strange year for movies. With the shuttering of movie theaters nationwide, many studios delayed the release of their big-budget tentpoles, and streaming became ubiquitous. In the absence of theaters, watching movies went from a communal experience to a painfully solitary one. Still, these circumstances allowed a unique opportunity for independent filmmakers and voices to come to the fore of the public’s consciousness. While the stories of this year’s best films span continents and decades, they share one thing in common: they explore the importance of how we, as human beings, connect with one another. 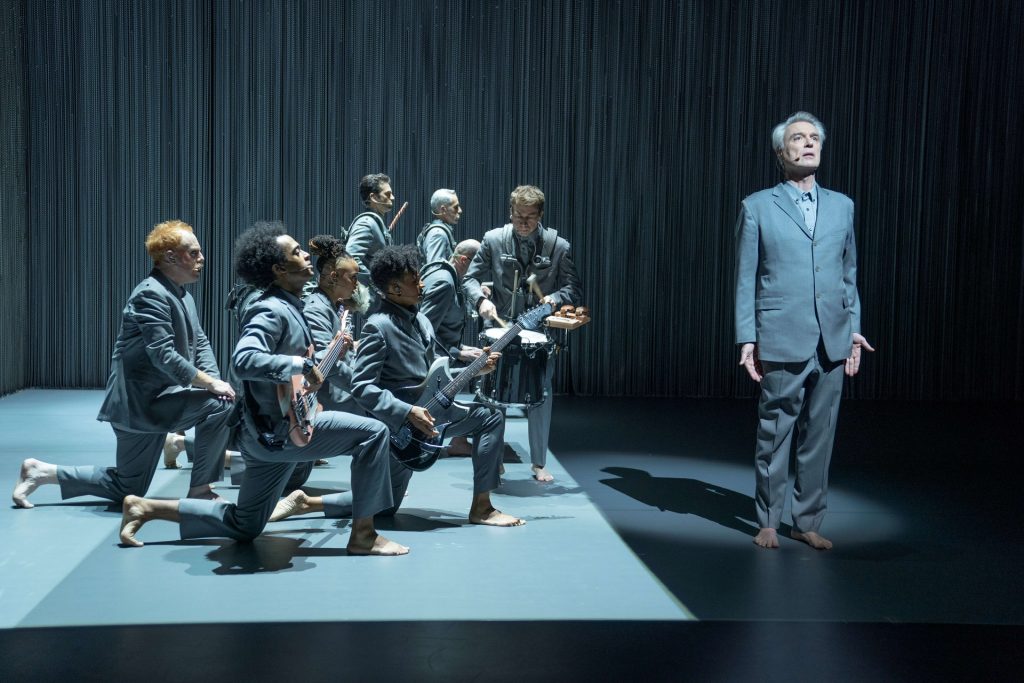 If there’s one movie that best encapsulates 2020, it’s Spike Lee’s “American Utopia,” a recording of artist David Byrne’s acclaimed Broadway show of the same name. Along with 11 incredibly talented and expressive dancers and musicians, Byrne puts on a performance that serves as both a political call to action and as a uniquely euphoric celebration of the importance of human connection. Early on in the show, Byrne notes that babies have millions of neural connections that they lose as they grow. By the end, he suggests these connections are perhaps not lost but rather manifest as the connections we make with others. Against the backdrop of a lonely year, “American Utopia” exudes an infectious joy that provides viewers hope for a better future when we may once again be able to “share the same space for a minute or two.”

Hands are of paramount importance in Eliza Hittman’s “Never Rarely Sometimes Always.” Gestures, from the covert slip of stolen cash into a pocket to pinkies interlocking at a subway station, take on the narrative role most directors would relegate to dialogue. These actions, combined with actress Sidney Flanagan’s heartbreakingly humanistic performance as Autumn, render speech unnecessary. As she journeys from her small town in Pennyslvania to New York City to undergo an abortion, Autumn’s encounters not only reflect the challenges of being a woman in America, but the wordless bonds women can and must form in order to get through it all. 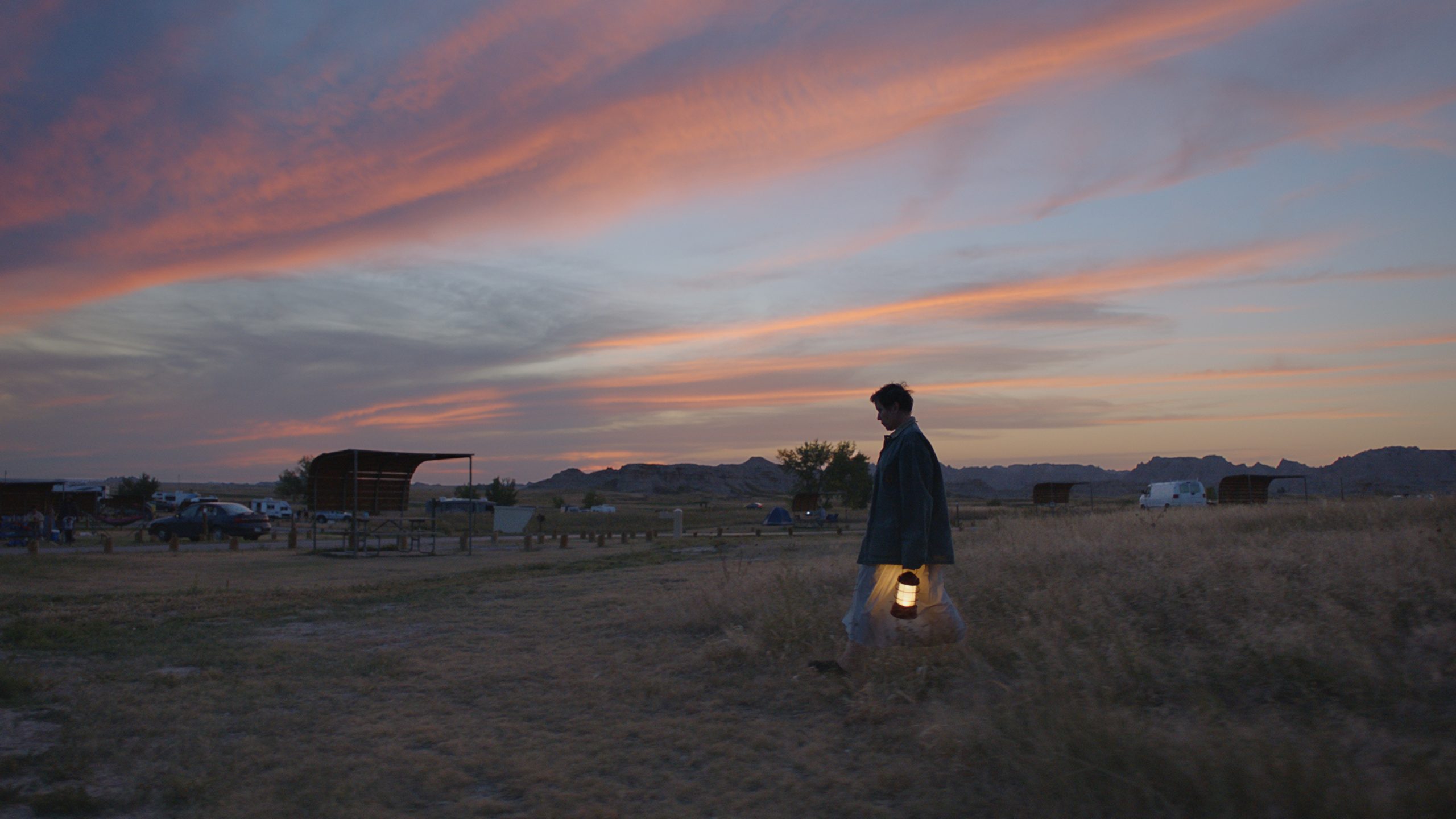 Every frame of “Nomadland,” Chloe Zhao’s sophomore film, overflows with empathy. The film depicts a group of older Americans living nomadic lifestyles in vans and RVs in order to stay afloat. Though the movie is an unabashed critique of the American Dream, it demonstrates love and understanding for its characters like no other film this year. As the movie’s protagonist Fern (Frances McDormand) travels across the country, her fellow nomads support her in ways that capitalist institutions have not, illustrating the power of communities to transcend bureaucratic failings. Though Fern lacks a roof over her head, being among an empowering group of individuals allows her to nevertheless find a home.

No film this year communicated our collective experience of isolation quite like Charlie Kaufman’s latest feature, “I’m Thinking of Ending Things.” From its claustrophobic 4:3 aspect ratio to its cramped, often abandoned settings, the film depicts the unease of feeling trapped in a universal manner that transcends its surreal style. The movie insightfully explores how we use stories to provide meaning to our lives and complicates the relationship between identity and art in a web that is as challenging as it is rewarding to untangle.

On its surface, Kitty Green’s “The Assistant” seems deceptively simple. The film depicts a day in the life of Jane (Julia Garner), an assistant at a film production company, as she makes appointments, orders salads and tidies up. Operating just out of sight, however, are complex power structures that subjugate young women and perpetuate abuse. Green interrogates and brings these structures to light over the course of her film, crafting an oppressive atmosphere through her use of sickly corporate lighting and depiction of monotonous tasks. Objects also speak volumes; an earring Jane finds by her boss’s couch serves as the emotional crux of the movie. “The Assistant” is a searing look at how abuse stays hidden, out of sight and out of mind. 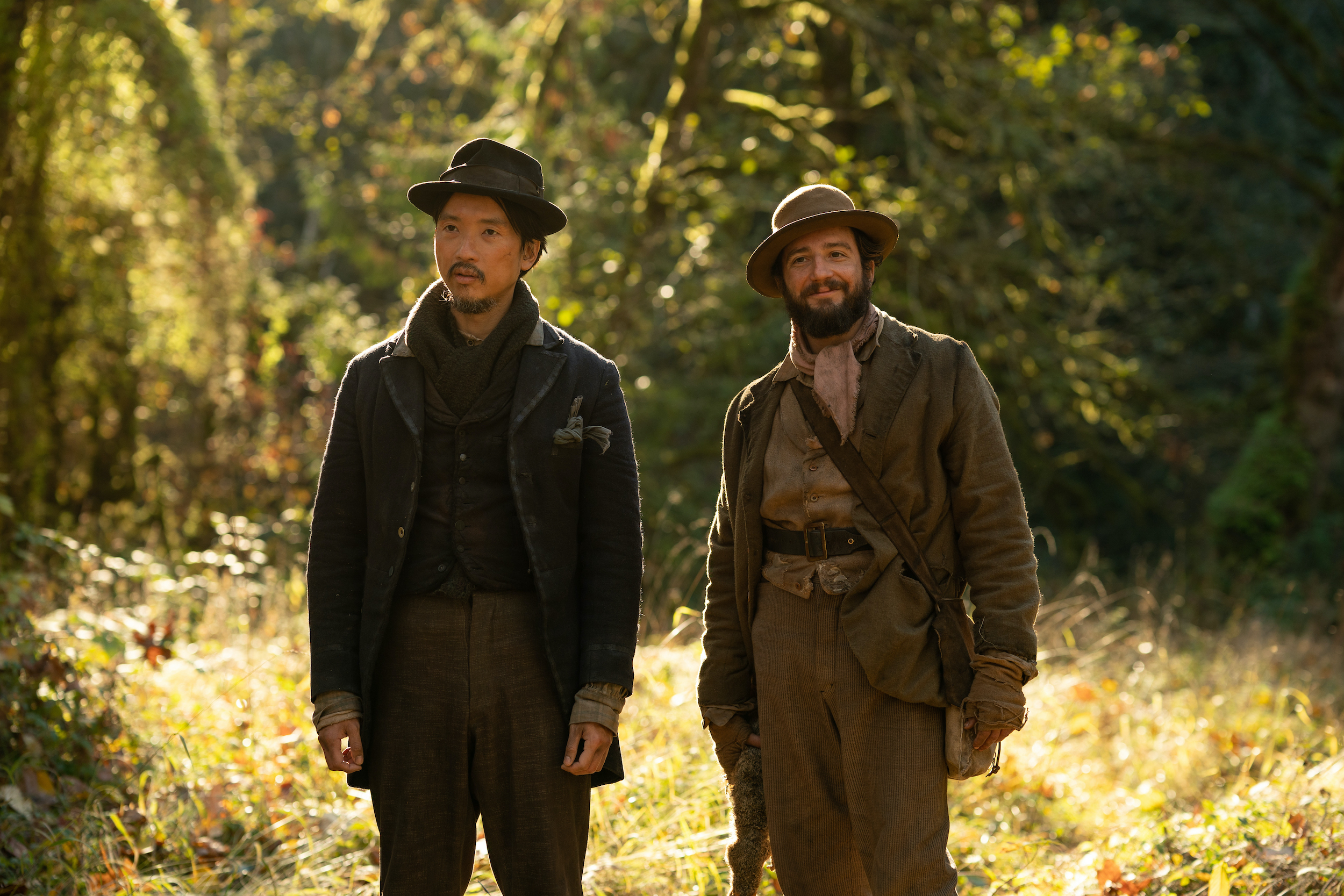 In “First Cow,” director Kelly Reichardt uses the rugged, unforgiving landscape of the Oregon frontier in the 1820s as the backdrop for a tender and sensitive story of friendship. Though some filmmakers might focus on the hardships of frontier life, Reichardt instead teases out intimacy and warmth in small moments between two men, Cookie (John Magaro) and King Lu (Orion Lee), who attempt to start their own business selling “oily cakes.” Though the film also takes a critical look at the American Dream and class, it is most successful in its portrayal of masculinity that finds strength through sweetness.

During the pandemic, dating has taken on an Austenian quality. Courtship occurs from a distance and physical contact is scandalous, even forbidden. As a result, the latest Jane Austen adaptation to hit screens, “Emma.” is the best, and in many ways the most relatable romance of the year. Director Autumn de Wilde’s background in photography is evident in her meticulously framed shots, which are populated by perfectly put-together characters. The film’s pictorial beauty makes it all the more delightful to watch as love makes everything and everyone unravel.

In a year without parties, the second installment in director Steve McQueen’s “Small Axe” series, “Lovers Rock,” serves as a worthy substitute. Unfolding over the course of one evening and into the early hours of the next morning, the film documents a single “blues party,” a kind of celebration held by Black communities in the U.K. at a time when they were not allowed in white nightclubs. The immersive environment McQueen creates evokes memories of all the best parts of parties: the crush of bodies, loud exuberant music and most importantly, togetherness. 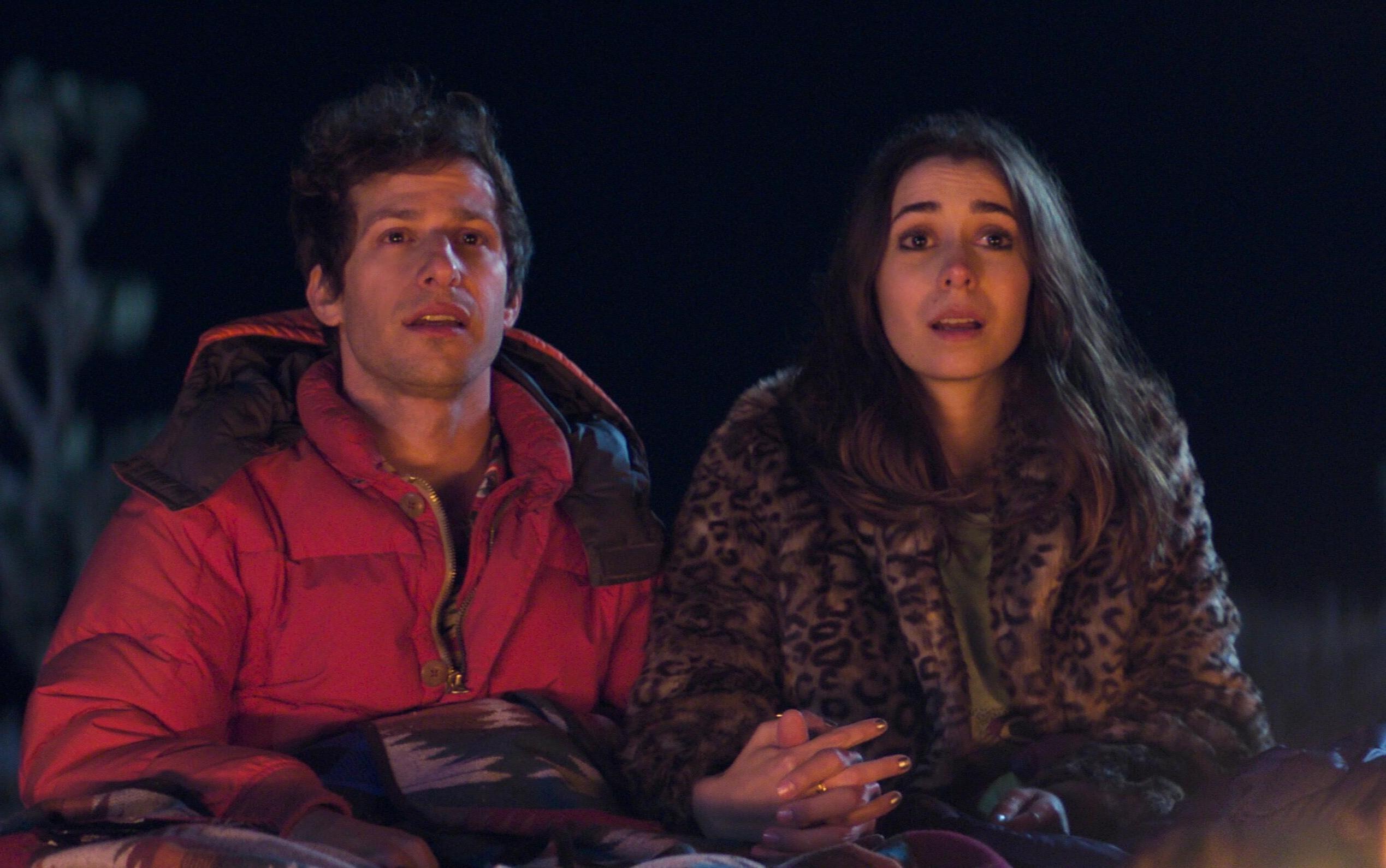 Nyles (Andy Samberg) and Sarah (Cristin Milioti), build a relationship while stuck in a time loop in “Palm Springs.” (Hulu)

Time loop movies have taken on a certain relevancy in 2020 — they probe what it would be like to live the same day over and over, but for most of us, months of lockdown have served as a sufficient answer. In “Palm Springs,” director Max Barbakow asks a slightly different, but infinitely more interesting question: would a time loop be so bad if we were trapped with the right person? Featuring a charming lead performance from Andy Samberg and one of the best needle-drops of the year, “Palm Springs” is a rom-com worth watching on repeat.

French director Francois Ozon’s newest film, “Summer of 85,” is mired in the kind of 80s nostalgia that has come to dominate pop culture in the past few years: bright colors, loud fashion and copious amounts of The Cure. What sets Ozon’s candy-colored vision apart is its tinge of death. The doomed romance at the movie’s center is as engrossing as it is tragic, resulting in a film that feels like a saccharine memory turned nightmare.