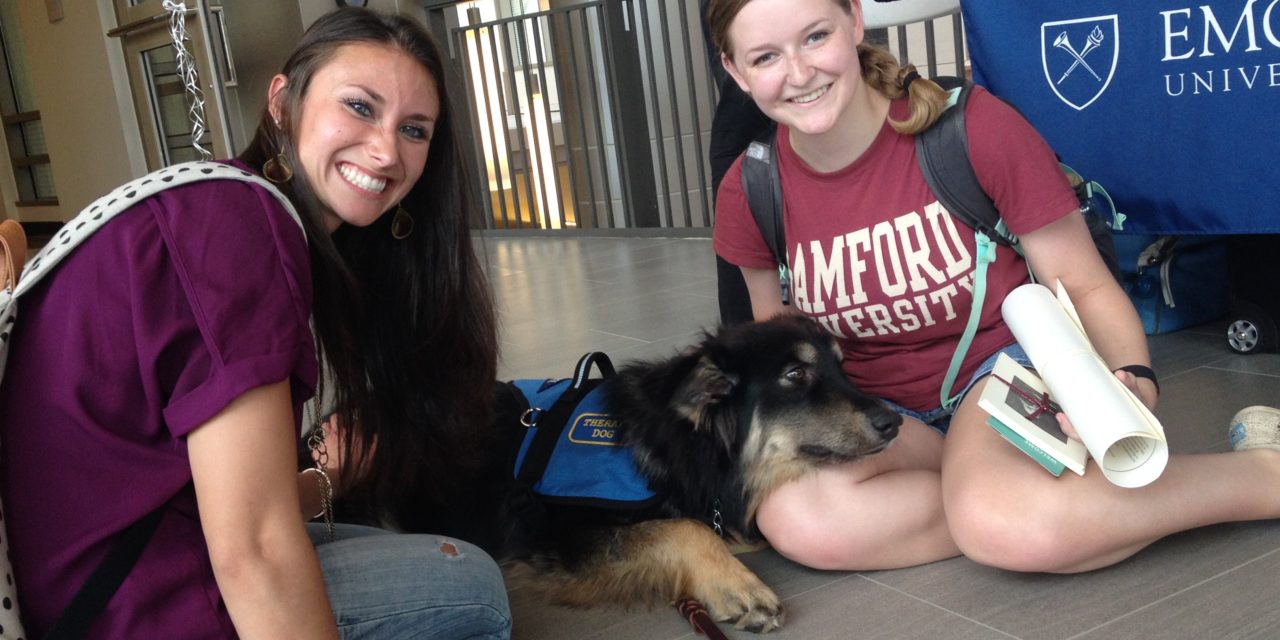 Students may have a new incentive to take a step back from their busy schedules and indulge in a study break this year — Emory’s first full-time therapy dog.
Beowulf (pronounced “Bay-Wolf”), a Native American Indian dog, is the newest addition to Emory’s Counseling and Psychological Services (CAPS) office. At only seven months old, Beowulf is in training to become a full-time therapy dog and will be certified once she is at least a year old and has completed 150 hours of training with her handler and owner, psychologist Colleen Duffy.
“As a therapy dog, [Beowulf is] trained to be attuned to people’s emotions,” Duffy said. “Some people can connect more with animals than therapists, so it can bridge a therapeutic relationship.”
Although Emory has utilized pet-facilitated therapy programs in the past, notably during periods of high stress and rigorous work, such as finals week, Beowulf will be the University’s first full-time therapy dog.
She will continue the trend of meeting with students during these high stress weeks, but she will also be available for individual and group psychotherapy sessions throughout the school year.
After beginning the search process in July, Duffy was able to adopt and begin training with Beowulf in early September, and she has already begun outreach programs with her in preparation for their certification together.
Beowulf has taken advantage of numerous opportunities to interact with students and faculty throughout the community through her attendance at the Candler Opportunities Fair on Sept. 10 as well as the President Jimmy Carter Town Hall meeting on Sept. 16. She will also attend Candler’s Seeking Sanity in Seminary event on Oct. 1 and the International Student Coffee Hour on Oct. 23.
Beowulf is comfortable around large crowds, gentle around people and hypoallergenic, meaning that she has a reduced risk of causing allergic reactions. Native American Indian Dogs, in particular, are known for their intelligent, docile, versatile and sociable qualities, according to Founder and President of Animals Deserve Better Kimberly Brenowitz, who selected Beowulf for the position at CAPS and is working with Duffy to train Beowulf.
While psychotherapy, or talk therapy, is an effective tool for some people, having the opportunity to pet an animal can also be therapeutic, according to Duffy.
In the future, CAPS intends to continue exploring innovative ways to connect with a wider audience of students through outreach and therapeutic initiatives so that all students feel comfortable accessing mental health services when they need it in order to thrive at Emory.
Assistant Vice President of CAPS Wanda Collins hopes that the addition of Beowulf will bring increased awareness of the counseling center and its programs. She also believes that Beowulf will be able to help students feel more comfortable approaching the CAPS office and CAPS tables at events due to the “soothing presence” of therapy dogs.
“There are only a handful of counseling centers in the country that have therapy dogs on staff, so it’s a pretty new and innovative thing to do,” Collins said.
Animal-assisted activity may even help some students overcome their fear of canines. After meeting Beowulf while walking through campus, a student who was initially scared of dogs was able to stand within six feet of Beowulf after observing her gentle nature, a feat that was “huge” and “quite wonderful,” Duffy said.
“I have recognized how beneficial service dogs are to a number of persons with physical disabilities and veterans,” Duffy said. “I strongly believe that Beowulf can be a healing presence for many and also help others flourish.  She is a unique dog and is already showing how talented she is.”
When not in the counseling office, Beowulf simply walks through campus and greets anyone who crosses her path.
“Most everyone loves [Beowulf]. If we went outside right now, there would probably be at least two or three groups of people who would stop to see her,” Duffy said. 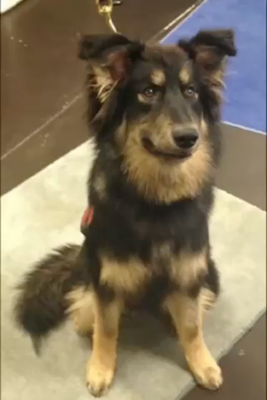 Candler School of Theology second year Tanner Alan White acknowledged Beowulf’s “submissive and docile” demeanor around students after seeing her firsthand at the Candler Opportunities Fair and praised her role as a “relaxing and welcome distraction” despite Emory’s “institutional setting.”
A full-time therapy dog is “a great asset to the Emory community,” according to first year Master of Divinity student at the Candler School of Theology Anna Lautenschlager, who stated that seeing Beowulf “definitely brightened [her] day.”
College freshman Micah Wright agreed that he was likely to greet Beowulf if he saw her, stating that for him, personally, “any opportunity to interact with a dog, especially a well-trained therapy dog, is a soothing yet exciting experience that gives [him] a chance to be distracted from everything else and calm down.”