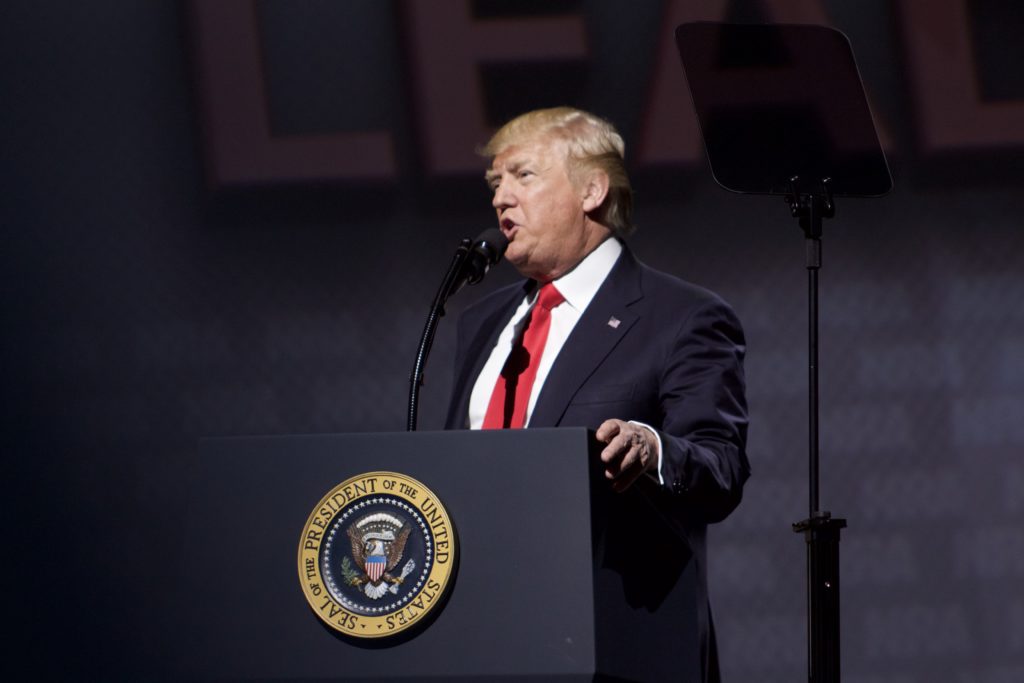 This is the first installment of the “Round table” series, which aims to clarify and explain modern issues by compiling interviews with individuals who specialize in relevant areas.

Nearly 800,000 individuals could be deported after President Donald J. Trump’s administration announced Sept. 5 that it would rescind the Deferred Action for Childhood Arrivals (DACA) program, leaving it up to Congress to replace the program before it phases out next year.

Former President Barack Obama created the DACA program with an executive order in 2012, providing temporary immigration benefits for some undocumented immigrants who were brought to the United States as children.

The White House announcement left several questions unanswered about the futures of the undocumented immigrants, but organizations and people have already begun to rally around DACA recipients: University President Claire E. Sterk was one of 57 Association of American Universities (AAU) presidents and chancellors to sign a Sept. 7 letter urging top lawmakers to take legislative action to protect DACA recipients.

The Wheel interviewed separately Asa Griggs Candler Professor of Law Polly Price and Alben W. Barkley Professor of Political Science Alan Abramowitz about the potential impacts of Trump’s decision. Price specializes in immigration and citizenship law, and Abramowitz’s area of expertise is in American politics. The transcript has been lightly edited for clarity and length.

Alejandro Perez, The Emory Wheel: Can you tell me about the ramifications of President Trump ending DACA?

Polly Price: What I understand is that the program will end in six months, so no one else can sign up at this point, but everyone who has already registered will be able to keep their status for that six months. The idea from the Trump administration is that Congress, between now and then, would enact some legislation that would accomplish the same thing.

Editor’s Note: Price sent in a Sept. 6 email to the Wheel a Washington Post article, which estimated around 75 percent of current DACA recipients will lose status as of March 5 and about 25 percent will get an additional two-year renewal.

EW: What will happen if Congress is unable to pass a replacement policy for DACA?

AA: [Trump is] basically tossing the ball to Congress and saying, “Here, you take care of it.” We know that Congress is very dysfunctional right now. There is a split among Republicans between the Trump wing of the party and the more moderate wing of the party. I’m not very optimistic that [Congress] is going to be able to do something in six months, in which case it’s just going to throw people’s lives into turmoil.

PP: Basically, we are back to where we were before DACA began, which is essentially, persons here, even brought here as children, are treated the same as all other people who are out of status. We’ve been talking about these issues for almost 20 years, and so I think it’s a huge gamble to actually expect Congress to be able to come through when they are so polarized on everything else.

EW: Could removing DACA lead to the deportation of people who were protected under it?

AA: Ultimately, I suppose it could. I don’t think you could say for sure that it won’t. Presumably, removing these folks would not be a high priority, but still, if you’re undocumented you can be removed. Hopefully it would be a low priority.

PP: I think so. I think everybody hopes not, but DACA was there not only to give sort of a temporary period in which you deferred action, but it also gained people a legal status in the sense that there would be work permits. Life is just so much better when you have some kind of a legal status, so even if it does not lead to deportations it will lead to very bad circumstances for a lot of these people.

EW: Studies show that the loss of DACA workers will result in a huge GDP decrease for the U.S. Why is Trump willing to risk such a loss for the U.S. economy?

AA: Just about all economists agree that immigration is a plus for the U.S. economy and that the country overall is worse off without immigration, particularly given the fact that the population is aging and the workforce is aging. Without immigration, that would be even more true. By and large, the people who are protected by DACA are people who have pretty high skills and educational levels. These are people that we need in our economy. [Trump’s decision] reflects the narrow, vindictive world view that he has.

EW: Do you think the BRIDGE Act could pass?

Editor’s Note: The Bar Removal of Individuals who Dream and Grow our Economy (BRIDGE) Act would provide relief from deportation for those eligible for DACA. The University expressed its support of the legislation in a Jan. 18 press release.

AA: One would hope, but you’re going to have to have Speaker [Paul Ryan (R-Wis.)] and the Majority Leader of the Senate [Mitch McConnell (R-Ky.)] really take the lead on this and decide to make this a priority.

PP: I think so. In the current political climate, the concern is that these sorts of meritorious claims get lumped together with all sorts of immigration policies. I think the most difficult part is going to be getting Congress’ attention focused on the Dreamers [undocumented immigrants] and the plight of the Dreamers.

AA: Yes, I think it has potential implications there, definitely. I’m sure that Emory and other colleges and universities are going to be trying to figure out how to deal with this. Legally, you know, they are kind of in a bind. I think you are going to see a very strong coalition of colleges and universities across the country working together to try to get this reversed or overturned.

PP: I’m sure that’s a possibility — and not just in states that do not permit undocumented persons to enroll. I think that’s definitely likely to be one of the results.

EW: How will the decision impact Trump’s popularity?

PP: I think it’s polarizing in the same way that a lot of his policies have been, so some core Trump supporters think that this is the right thing to do and the right way to go, so I suspect that it’s not going to change much about his popularity. The people that are opposed to most everything that Trump has done in the area of immigration are going to be just as opposed to this and vice versa.

EW: How will the decision affect world politics? Can we expect countries to publicly oppose Trump’s decision?

AA: It reinforces the impression that people have in many other countries that Trump and the Trump administration is supporting these sorts of very vindictive policies aimed at recent immigrants. Trump is already pretty unpopular in most countries and most parts of the world.

PP: I think certainly the U.S. will just continue to lose stature not only on the world stage but in terms of moral leadership, in areas that range from the plight of refugees to the situation of the Dreamers.

EW: Have you worked with DACA students before?

PP: Yes, I have encountered DACA students in my teaching, and I just think [ending the program] is a huge loss to higher education. But Emory, in my view, has gone above and beyond to help.