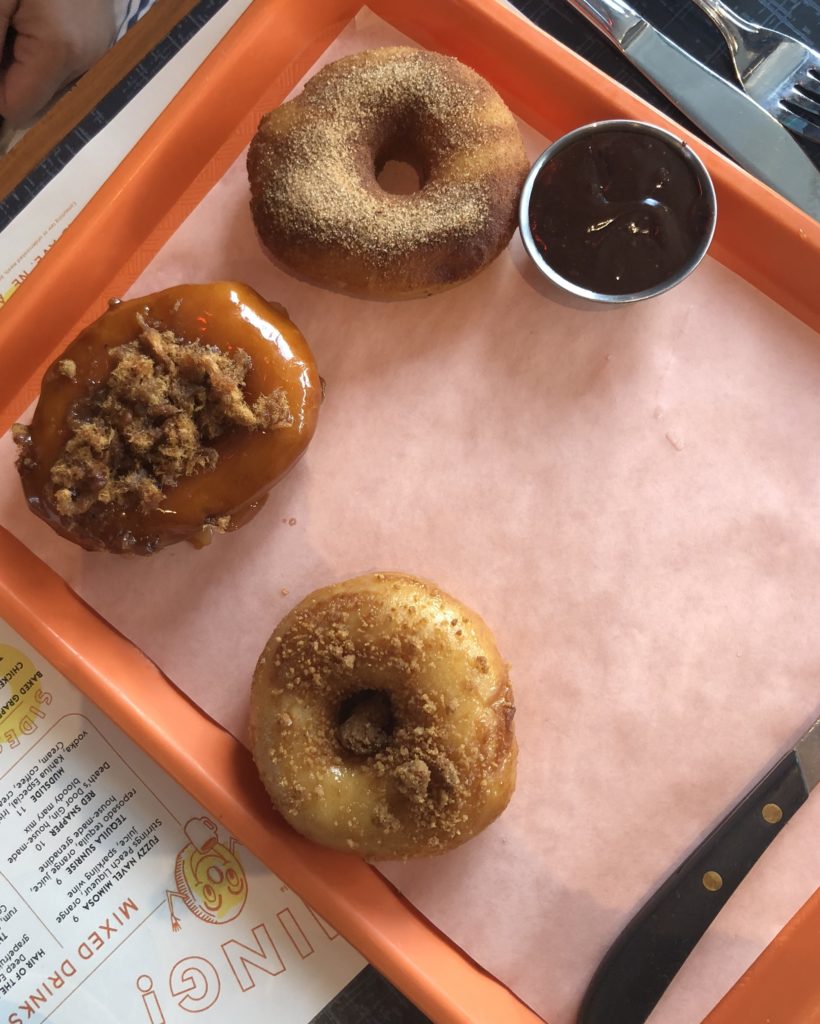 When Ford Fry opened BeetleCat in 2015, the retro fusion-style seafood restaurant was met with poor reviews. Atlanta Magazine and Eater Atlanta warned eager patrons to “manage your expectations” and that the “menu needs adjustments.” BeetleCat was quickly dubbed a “little sister” to Fry’s more established restaurant, The Optimist.

BeetleCat’s dinner menu changes daily, due to its commitment to fresh and seasonal ingredients. Though critics have pinned Fry’s restaurant as a sub-par seafood joint that tries too hard to combine unique flavors with traditional dishes, BeetleCat’s weekend brunch menu is where this ship truly sets sail.

The weekend-only brunch menu is separated into three categories: donuts, brunch meals with donuts and a variety of hashbrown dishes. I walked in at 11 a.m. on a Sunday morning and sat at a table next to a large window with sunshine streaming through.

BeetleCat’s brunch features homemade donuts fried in-house and to order. The wide selection of flavors ranges from the “Plain Jane,” a typical glazed donut, to the “Jimmy Buffet,” a donut topped with lime, tequila and sea salt. Each costs one or two dollars. 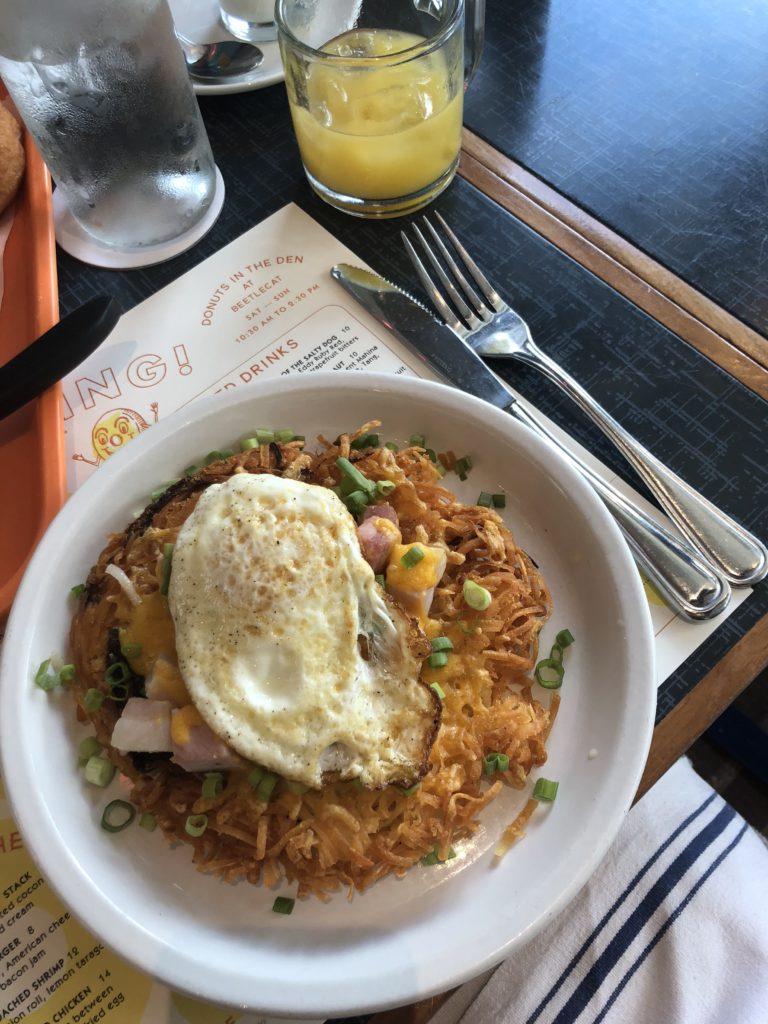 BeetleCat’s donuts “from the griddle” plates include a donut French toast stack, a donut burger, a donut chicken sandwich and more. The bar remains open for brunch and offers various wines, beers and fun morning cocktails, such as their Champagne Punch or Red Snapper, their take on the Bloody Mary.

If your sweet tooth isn’t primed for an all-donut meal, the “hash browns” category offers four variations of thin, crispy “Waffle House-style” hash browns topped with different cheeses, meats or eggs. I ordered “The Great American,” which came topped with ham, cheddar cheese and an egg. I took a stab with my fork at the crispy edges of the dish, which looked like a bird’s nest of breakfast toppings, while sipping on my freshly squeezed orange juice. The crunch of the potatoes complemented the gooey, melted cheese and the saltiness of the ham, while the softer hash browns towards the middle of the plate balanced out the crunch of the edges.

I made sure to sample a variety of donuts between bites of my hash. The “El Churro” donut arrived with a side of chocolate dipping sauce, perfectly mimicking the churros and chocolate commonly served in Spain. The balanced decadence of the spicy cinnamon with the warm, sweet chocolate melted in my mouth and I briefly imagined bringing home a half-dozen.

The other donuts I sampled included the “Tea & Biscuits,” a plain donut topped with cookie crumbles and infused with Earl Grey tea; “Lemon Song,” a warm, fluffy take on the classic lemon poppyseed; and the “The Buford Highway,” an overly decadent donut glazed with maple and salted caramel and topped with pork floss. The Buford Highway fell flat with its attempt at a sweet-and-salty combination, as the sugary glaze quickly overpowered the pork floss.

BeetleCat’s departure from traditional brunch fits right into its location in the Inman Park neighborhood, where the restaurant sits on the corner between Sotto Sotto and Bartaco. Its nautical theme is prominent from at first glance. The plants outside are mulched with old oyster shells and the signage is reminiscent of an old sailing ship. The upstairs patio reflects a ship’s deck with its hard wooden floors, wooden tables and blue-cushioned bar stools. Not a single detail is out of place, down to the server’s fishing aprons. The brunch is on par with BeetleCat’s commitment to theme, but instead of nautical references and oyster platters, every dish and side falls in line with the sweet, indulgent joy of having donuts for every course.

Brunch at BeetleCat promises to be sweet and rich, with sprinkles of fun mixed in. Though critics may feel that BeetleCat’s main offerings miss the mark, I believe the restaurant’s true hidden gem lies in their brunch. Forget oysters or pricey cocktails — come to this Inman Park corner on a Saturday morning to share donuts and mimosas: I promise you won’t want to jump ship.