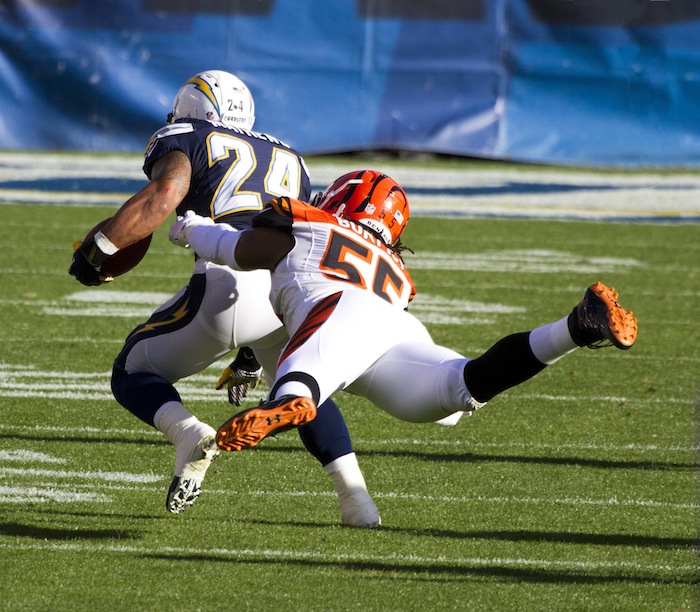 This game will mark the beginning of the second quartile of the 2014 NFL season, and the league is starting to take shape. As expected, there have been a multitude of unexpected events. The Patriots have been absolute trash. The Saints have struggled to put everything together, the Cardinals have looked like the strongest team out in the NFC West and the Jets have looked horrible. Well, I guess that wasn’t too unexpected. But the point is that this set of games is where teams can really begin to differentiate themselves and prove whether they are going to contend for it all in January and February.

My mother always told me that it’s not successes that defines a man but how he deals with his failures. So it will be interesting to see whether these teams can buck their trends or if the first few weeks were a sign of things to come. This is also the second quartile for my picks. And, well, lets just say things have been more New England for me than Arizona.

Alas, the Wheel hasn’t fired me yet, so we are still in business, baby! And I plan on bucking this trend, because, hypothetically, if I were to put money on my picks, I would have lost a great deal of hypothetical money and would be sustaining myself on Ramen and handouts. So, to everyone out there, if I have broken your hearts and wallets, take solace in the fact that I am the most motivated man to turn this ship around! Let me be the captain of this ship, and let me lead you to the promised land!

The first fact to acknowledge here is that the Browns have actually played much better than their record suggests. They lost tough games against the Steelers and the Ravens, and they were able to beat a talented, albeit struggling, Saints squad. Coming off of a bye week, and with their next five opponents combining for a 4-16 record, I would imagine that the Browns are ready to make a power move here. And it starts against a reeling Titans squad. Uncertainty at the quarterback position, along with a mismatched offensive line has led the Titans to a precarious point. I just don’t see them turning it around, whereas I see a bright run ahead for the Browns. Go with Cleveland.

Ryan Fitzpatrick and the Texans just came off of an emotional victory against Fitzpatrick’s former team, the Bills, and I think that after a game like that, there are two options. The first is that a team can maintain that high and string together a few victories. The other, more common event is that a team falters the next week. I like the Texans, but I just don’t see them beating a Dallas team that has surprised me week in and week out. I thought that the Dallas defense would be terrible, but it is apparent that they have learned from last year’s debacle and have tightened things up. Romo has improved on his numbers each game this season and has limited his mistakes. Take the ‘Boys this week.

The Cardinals are coming off of their bye week sitting 3-0, but I am sensing a little trouble in paradise. The Cardinals thought that they would be getting back Carson Palmer for this game, but numerous reports are saying that he has had a setback this week, so Drew Stanton might be getting the call again. And nothing against Stanton, but I wouldn’t bet on him going up against Peyton Manning and the boys at home. This will also be Wes Welker’s second game back, so expect him and Manning to build on the six catch-60 yard performance last week against Seattle. I understand that the Cardinals have an amazing defense and running attack, and I know Manning burned me last week. However, I think Denver has the opportunity to bounce back from losing again to the Seahawks and will do so. It’s easy to get on the Cardinals bandwagon and having Patrick Peterson and Antonio Cromartie patrol the secondary is appealing, but trust me on this one.

The Bengals, by most calculations, have been the best team in the NFL this year. Their ground attack has been devastating, and Andy Dalton has been putting together an all-around solid year. For the Patriots, well, another loss similar to last week’s, and we might see the Boston Massacre Part Two. Tom Brady and the boys haven’t looked comfortable on offense. Some might blame the front office for not surrounding Brady with enough weapons. Others might say the offensive line has let Brady get abused, and the inability to put everything together has just exposed this team. Historically, Bill Belichick doesn’t lose twice in a row, and you can bet the Patriots have been absolutely roasted in film and will be prepared on Sunday night. They will not get embarrassed again, some would think. But the smart money here is to evaluate the situation. The receivers won’t magically get separation, and the offensive line won’t magically turn into the 1978 Rams (Google them). If I didn’t hate the Patriots, I would be worried for them, not about them. Can the Patriots respond to the expletive-laced message Belichick has most likely given them and come out on primetime at home and show their fans that all is not lost? Of course they can. I just think that the Bengals keep the ball on the ground, Carlos Dunlap repeatedly gets to Brady and disrupts the pocket, and the Bengals leave New England riding high at 4-0.