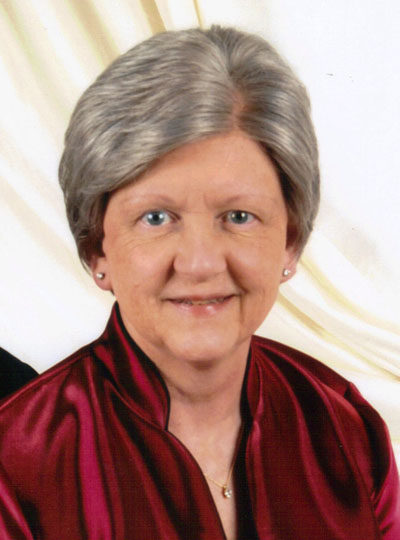 Rebecca “Becky” Provine, Emory’s chief nursing officer and vice president of patient care who dedicated her life to caring for others, died Tuesday. She was 64.

The cause of death was complications related to breast cancer.

Provine, who passed away at Emory University Hospital, came to Emory in 1996 from Memphis with her husband of 33 years, William “Bill” Provine, who is also a nurse. She began her work at Wesley Woods Hospital as a clinical nurse specialist certified in geriatrics. She spent 11 years at the hospital until 2007 when she took over the role of chief nursing officer of Emory University Hospital. She spent six  and half years in that role. In 2011, during an organizational restructuring of Emory Healthcare, Provine added position of vice president of patient care to her resume.

Provine’s responsibilities at the hospital gradually increased not because she sought them out but because her peers identified her as a leader, Chief Nursing Executive of Emory Healthcare Susan Grant said.

“She had a passion for the care of the elderly,” Grant said.

Grant, who used to be Provine’s boss, became very close with Provine through her years at Emory.

“I was a supervisor of Becky’s but I am sure that I learned far more from her than she ever learned from me…she was an amazing selfless leader,” Grant said.

Grant added that Provine had a great sense of humor and a quick wit.

Provine, who spent 42 years as a nurse and worked until the end of her life, was recently named the 2013 Georgia Nursing Leader by the Georgia Organization of Nursing Executives.

Provine received the award before she died. When her director notified her that she had won, Provine joked that they must not have had many nominations.

“Truth is, there were tons of nominations,” Grant said.

Chief Nursing Officer and Vice President of Patient Services at Emory Johns Creek Hospital, Marilyn Margolis, agreed that in addition to her work ethic, Provine had a wonderful sense of humor and could “always see the joy in things.”

“She was a servant leader; she really defined what it meant to be caring about others,” Margolis said. “She really was the one person that I know that truly served everyone. She served her patients, served the hospital, her employees [and] her leadership team.”

Provine was active at her church, Grant said, pointing out that she taught at Sunday school every weekend.

The hospital conducts patient rounds regularly throughout the day and night at all hours. Provine’s passion for nursing and patient care which began at the age of five, was reflected throughout her career.

Grant said Provine would come in at 6:30 a.m. on a Sunday morning to conduct patient rounds and then head over to her church to teach students when her round was over.

One of Provine’s last initiatives was to attain the goal of having Emory Hospital recognized by the American Nurses Credentialing Center (ANCC) Magnet Recognition Program. Emory had been working to earn the award for the last couple of years, according to Grant.

“Due to [Provine’s] leadership, we are now in a few weeks going to have a site visit by the ANCC, which is the last step in the designation process,” Grant said

Grant added that only 7 percent of hospitals in the United States are designated as magnet.

“To get to this point has been an enormous accomplishment, and [Provine] led nursing at Emory to this point, and we were really praying that she would be here to enjoy this,” Grant said.

Margolis worked with Provine in a team of five that they called the “fab five.” Margolis said the group met every week, and no matter what the group asked of Provine, she would be able to get it done. Margolis added that Provine was always “really on top of things.”

“Anyone she touches was very blessed to have her in their life,” Margolis said.

In addition to Provine’s husband, she is survived by her son Andrew Cole Provine, her daughter Allison Dianne Provine and her brother, Lewis Steven.

Correction (11/20 at 9:37 a.m.): The article originally reported that Provine took over the role of chief nursing officer. The article was updated to clarify she took the position at Emory University Hospital. The position was also added to the story’s lede. Additionally, the sentence, ” She spent six and half years in that role,” was also added for  further clarification.

Correction (11/20 at 2:05 p.m.): This article was updated from its original version to accurately update the quote from Susan Grant.