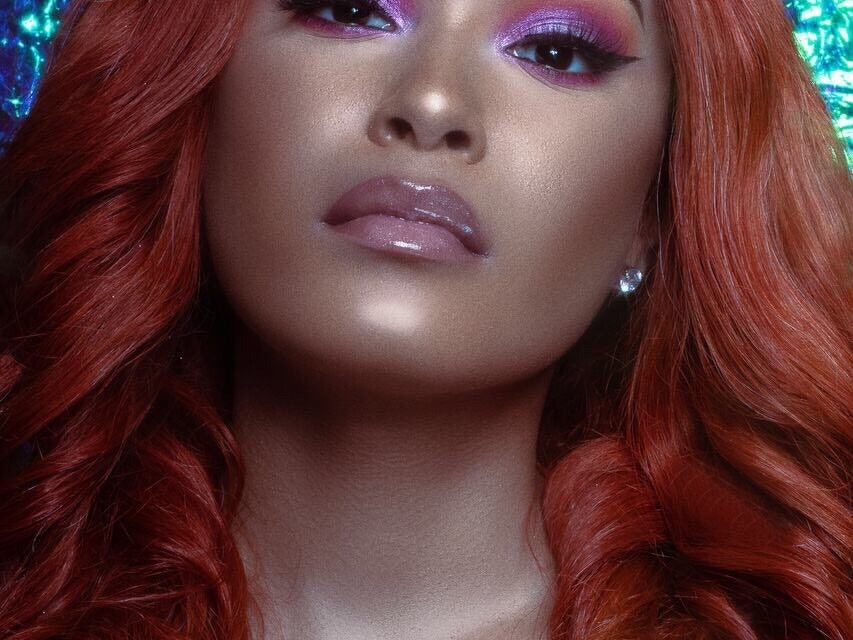 As a burgeoning Instagram and YouTube beauty influencer with over 63,000 fans across both platforms, Nellie Hernandez (18C) has reinvented makeup into an art form and source of personal expression.

Hernandez, who also launched Like Gold Cosmetics in 2018, began applying makeup during her freshman year at Emory, where she double-majored in African American studies and media studies. She began with basic products like foundation and lipstick, which she soon mastered. The summer after her freshman year, she taught herself complicated makeup techniques through YouTube tutorials. That summer, she invested in $300 worth of cosmetics with different styles and color palettes.

“Makeup is sort of like my passion,” Hernandez said. “When I started college … there were some subjects that I loved, but I knew I wasn’t really going to do anything with it.”

Although she began uploading makeup tutorials on YouTube during her senior year, Hernandez said that her makeup career started when an Emory student asked to do her makeup for a personal occasion. Soon after that, several students impressed by her talent asked her to do their makeup.

A few months later, more students approached Hernandez, and she began charging for her services as a way to earn money without taking up a traditional job. Her popularity within the Emory community would motivate her to launch her YouTube channel on Nov. 16, 2016.

Hernandez kicked off her channel with makeup and hair tutorials filmed at her Clairmont Campus dorm room. To reach a wider audience and accommodate makeup amateurs, Hernandez started out filming both simple hair tutorials and daily makeup routines. 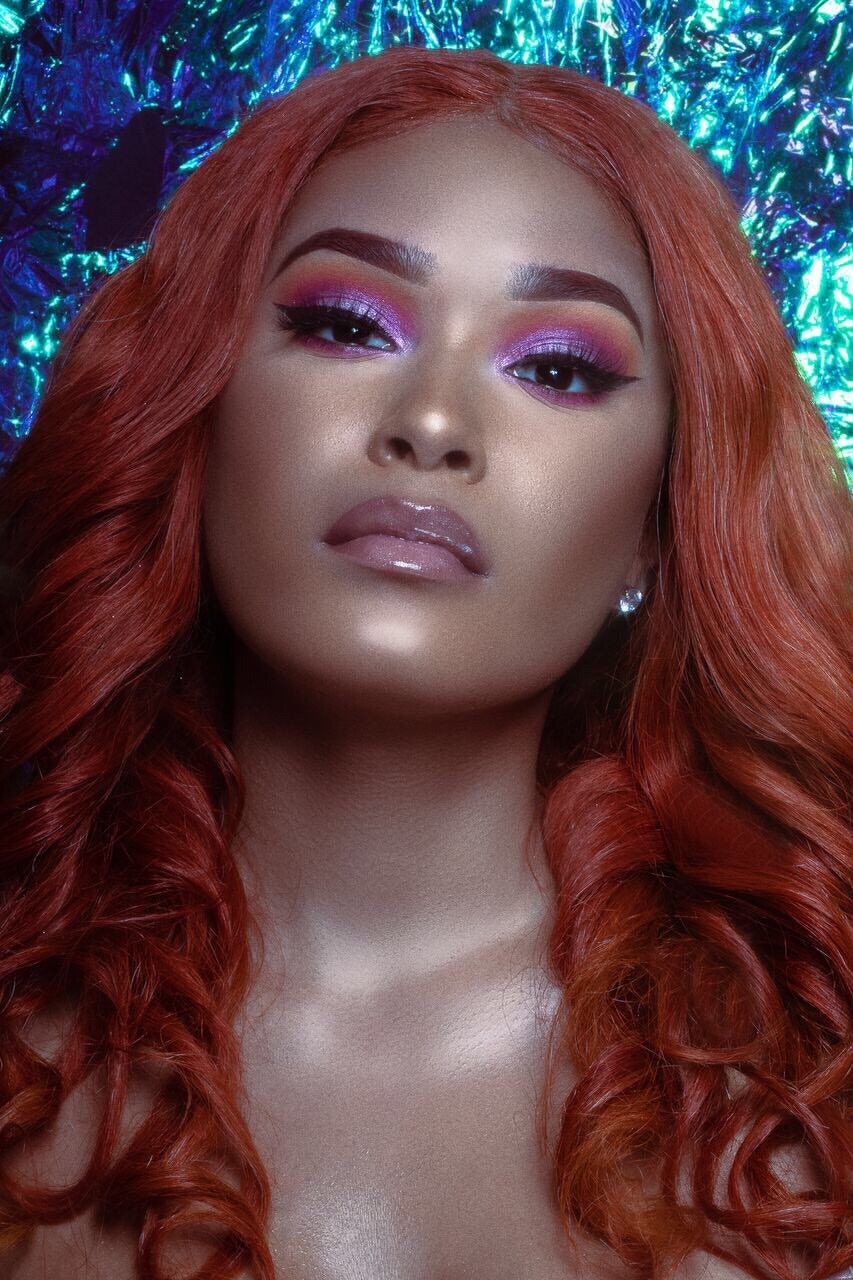 Juggling YouTubing with the average college student workload did not prove to be simple though, and she was unable to film and edit content consistently. Although she loved makeup, she said she initially didn’t see it as a viable career.

It was the people around her who ultimately inspired her to run with it. Seeing her boyfriend, Kemar Darlington (18C), create a successful platform called “Indie” to connect new music artists with big music companies, and jaded after several corporate internships, Hernandez started to entertain the idea of carving her own path.

“I interned at Google, and I didn’t really like it,” Hernandez said. “I felt like growth in most companies like [Google] would be too typical. I’ll get a promotion and a raise, or I’ll get transferred to another team that’s better, but it’s not really that big. I felt like you can’t be that creative. So I’d rather be my own boss.”

Jayla Palmer (18C), a classmate and friend, recognized that Hernandez did not want to take the “conventional” route as a doctor or lawyer, encouraged Hernandez to find a niche.

“I always told [Hernandez], ‘You should definitely chase your dreams, and don’t be afraid to be different,’” Palmer said. “‘It’s ok if you don’t go the traditional route. It’s okay if you don’t have fancy titles in front of your dreams. Working for yourself is just something different. It’s just as big and influential.’”

Inspired by Palmer and Darlington, Hernandez finally set her sights on makeup and beauty. The path to becoming a successful beauty influencer, she learned, is harder than most people think. Hernandez poured her all into growing her audience and networking. More than anything, it was crucial that she stood out among the millions of online beauty content creators.

Like Gold Cosmetics works to create high-intensity, cruelty-free pigments. She found inspiration for the idea from her favorite class at Emory, History of African Americans in 1864 taught by Associate Professor of History and African American Studies Leroy Davis.

Hernandez felt that the makeup industry lacked diversity, and named each of her pigments after historical figures she’d learned about in Davis’ class. Men and women of different ethnical, racial, cultural and social groups populate her catalog, including Ida B. Wells, Joan Little and Junko Tabei. The company’s name references the strength and beauty of gold.

“My passion was [to combine] black history and social justice with makeup,” Hernandez said. “It’s just a chance for me to spread more awareness and include more inclusivity in the makeup industry that used to be very white, and now it’s finally being more diverse. I want to add to that.”

Prioritizing inclusivity and awareness, she also constantly introduces significant historical individuals on her Instagram stories to spread awareness of their efforts.

Kesi Rivera, a high school friend of Hernandez, noted that Hernandez’s brand stands out because it combines education and makeup.

“[Hernandez] obviously has the creativity down like a lot of people do, but I also think she has a message,” Rivera said. “[She is] combining her two passions: her love of beauty as well as her want to educate others the way she educated herself in things that matter to her.”

Because pigments are more difficult to incorporate into casual or workplace makeup routines, most of Hernandez’s customers are fellow makeup artists. In order to make her products more accessible and practical, she hopes to launch her products at Ulta Beauty stores nationwide.

Hernandez also hopes to become a more high-profile beauty guru by the end of 2019 by reaching 100,000 followers on Instagram and TikTok, as well as to launching a new, beginner-friendly eyeshadow palette by November 2019.

Having embarked on her career path in search of free expression, Hernandez refuses to limit herself. 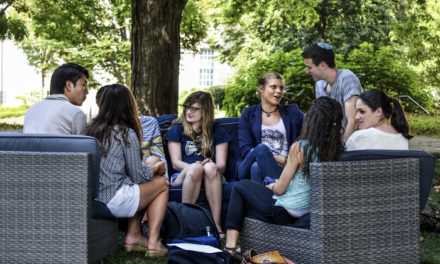