Have you ever thought about why Cox’s girl’s bathroom is pink? It’s not really something to think about unless you’ve taken the time to contemplate the gendered implications of separating “females” and “males” in public restrooms.

I’ve always had countless issues with societal constructs, especially when discussing gender and sexuality.That being said, I do, more than not, unconsciously engage in them.

Maybe by wearing make-up, high-heels, and dresses society has taught me what being a “female” is. And maybe by making people believe the norm is watching football and drinking beer with your bros, society has done the same for males. The issue with separating girls and boys in the bathroom is one that extends beyond what “defines” a woman or man.

Judith Butler, a post-structuralist philosopher, wrote an essay titled “Bodies That Matter” in which she shares ideas that attempt to explain gendered binaries and societal constructions. She advocates that gender in itself is a performance that constitutes who we are as people.Before delving into how this impacts bathrooms today, it is important to define what gender and performance is. In the post-structuralist/ post-modernist/ Butlerian context, gender and performance are inexorably tied together.

We cannot have gender without the performance; there is no such thing as “this or that” in the context of sexes. Rather it is a question, first, of the way in which we act and then the way this action socially defines us. Even though this view of gender may be subjective and hard to define, it still depicts who we are and, more importantly, who we want to be.

The conflation of sex and gender has become very problematic in today’s society. The separation of “men” and “women” in public restrooms adversely impacts the progression of what we should define “identity” as. This sort of separation leads to the marginalization of those who are transgender.

Personally, I do not have an answer, but in a more pragmatic sense, that is why gender-neutral bathrooms should exist.

This is not some kind of abstract solution, it’s something that needs to be fixed considering we’re in the 21st century. Seriously, Yale and Oberlin have begun to implement these kinds of bathrooms, why can’t Emory?

These societal constructs only create more confusion for children who are growing up. They do not need to be told what is “normal” and what is “abnormal” in terms of gender and sexuality, especially when they are just beginning to develop.

We as an Emory community need to unite together to destroy such binaries, even if it is on a smaller scale, otherwise we will digress back into society where gender roles are prevalent. We need to stop marginalizing people based off of their sexuality or their gender: we are all human and have the choice to decide how we want to be viewed. We should never be condemned for the individualized choices we make.

Let’s not be complicit with an institution that tells us who we can and can’t be. Let’s change what we can. Let’s be who we want to be, regardless of the social implications.

Priyanka Krishnamurthy is a College sophomore from Coppell, Texas. 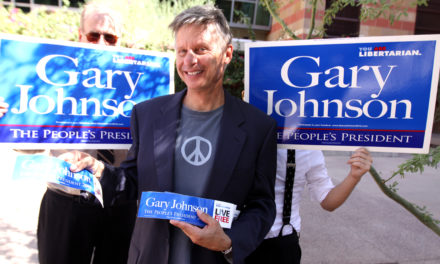 A Third-Party Mayor, Not President 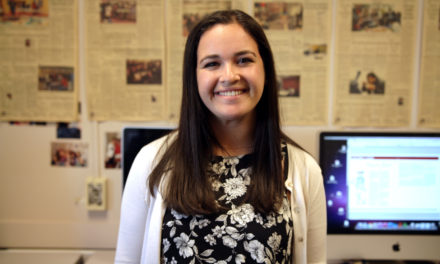